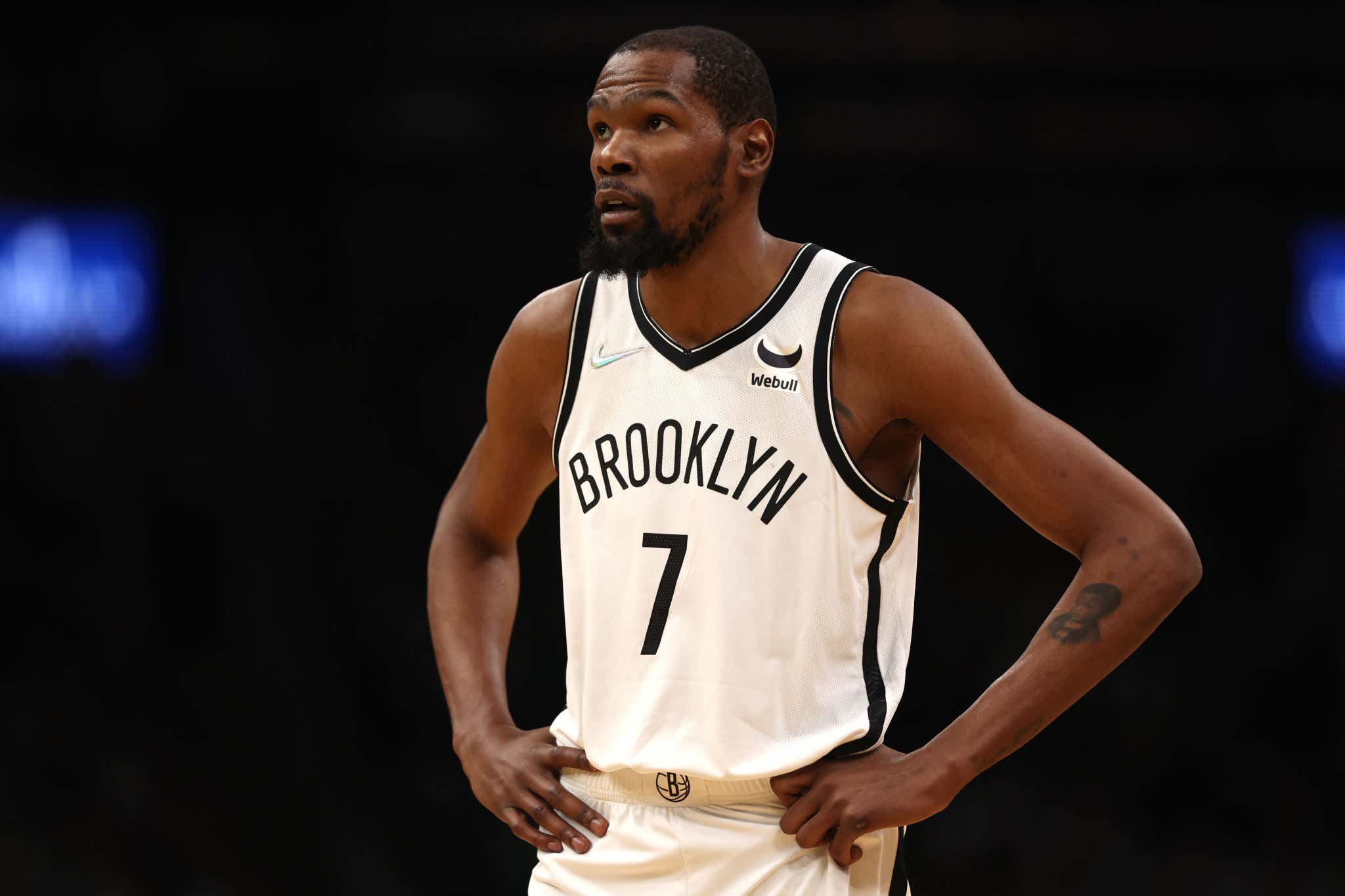 Well, that was fun! Did everyone enjoy the last 50+ days of nonstop KD drama? Tough day for the "anonymous" sources though. They were really having the best summer of their lives. Every other day they would leak something and go viral which had to be exhilarating. But sadly, there will be no Kevin Durant trade. Not because KD is suddenly happy in Brooklyn though, let's not get too crazy. A potential Kevin Durant trade is dead because NOBODY wanted to pay anything close to the Nets asking price. Not the Celtics, not the Heat, not the Raptors, not the Grizzlies. I mean shit, we learned yesterday that even Desmond Bane was off the table for KD! Desmond Bane! A great young player/shooter but what are we even talking about here.

After the Nets made it clear that they are also not going to trade Kyrie Irving to the Lakers for Russell Westbrook and the 2027 & 2029 first round picks, this was probably the most likely scenario. Despite all the drama and the rumors and all that bullshit, there's still a decent chance the Nets will actually be pretty fucking good if everyone just sucks it up and plays. People forget this team was near the top of the Eastern Conference before KD got hurt and that was with Kyrie playing like once every 5 days. If Ben Simmons can show that he's actually interested in playing basketball, there is legit talent on that roster. You can understand why the Nets were being firm with this whole thing. Either you were going to pay their insane price or they were going to run it back. Some could argue that's not the worst option when these are your top two players

The question was always what was KD going to do? Was he going to sit out until the Nets caved and lowered their price? The answer to that is apparently no. I'll give him credit, he tried everything in the book to get the Nets to trade him, even giving the owner an ultimatum that he had to fire the head coach AND GM. The owner put his foot down and basically told KD to stop being an asshole and now here we are. Now everyone is on the same page and happy.

I'm still not sold. I think it's in everyone's best interest to be on their best behavior and give a full effort to start the 2022-23 season. Kyrie needs to build up his market in a big way, KD can show the league that he is in fact still a basketball monster at the age of 34, and who knows what things look like come February. Maybe a team that was OUT on trading for Durant in August will be IN on paying that price come February if their season isn't going how they hoped. So while we're saying now that there won't be a KD trade, I don't know how you could rule it out for the future. Even if he finishes the season in BKN, what are the Nets going to do next summer if Kyrie walks in free agency to the Lakers? Build around KD/Ben Simmons? I don't think so. Their asking price may not be able to be as high because he'll be a year older, but my guess is we're going to be doing this exact same dance one year from today.

I have to admit, I'm relieved. As someone who from Day 1 was not interested in trading Jaylen for Durant, this news pleases me. Longest 50+ days of my life, but we can all now turn the page and move onto the next topic. KD is a Net and will stay a Net……..for now.