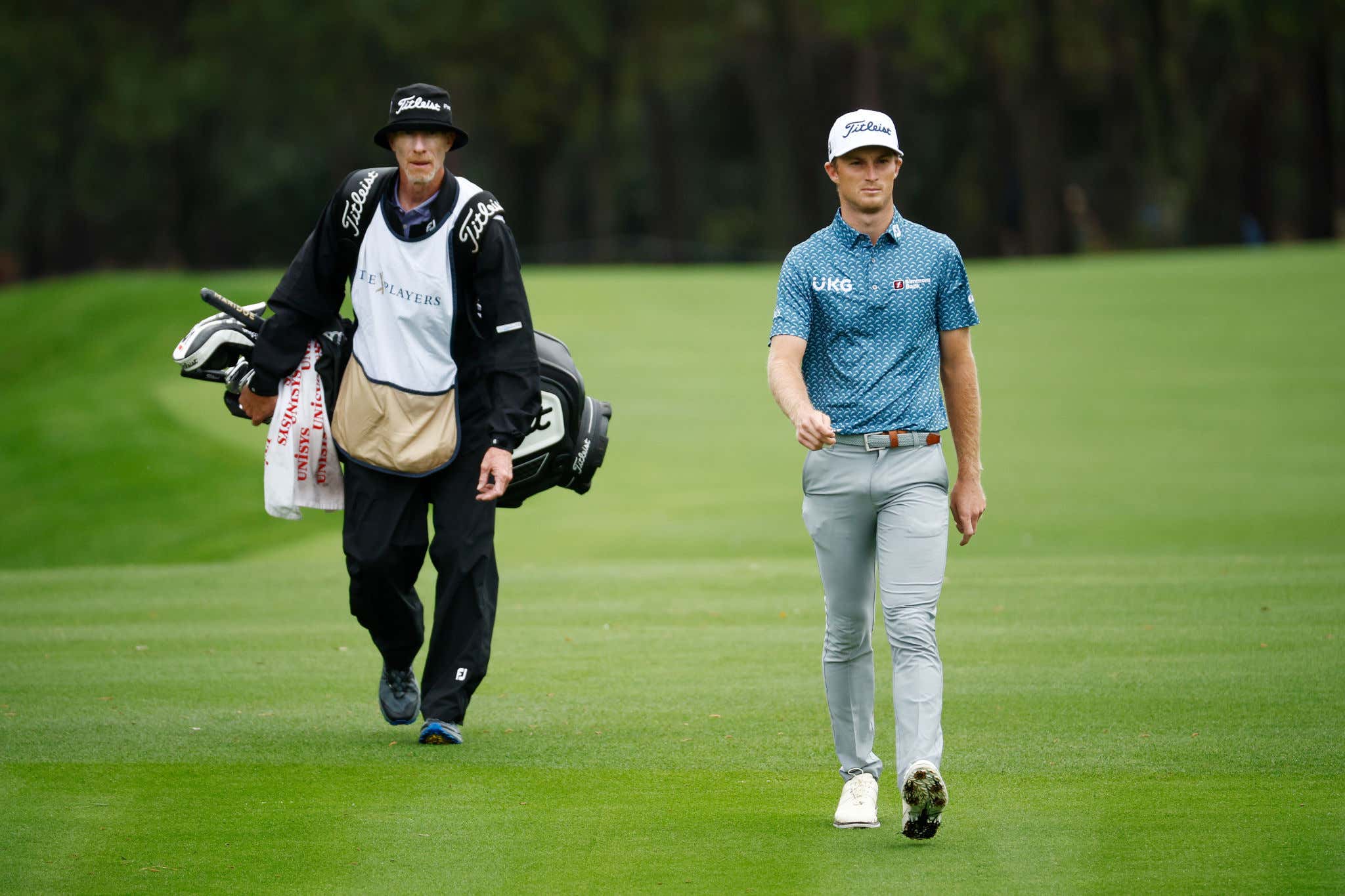 "Yeah, it was the toughest decision I've had to make in my golf career. Ryan's a brother for life. We've kind of had a rough month together and it was starting to affect our relationship. I know guys say that when they split, but it really was. We were guys that we would love to have dinner together and hang out and it started — what was going on on the course was starting to bleed off the course and that's not what you want.

"He's an incredible friend. I love him to death and I told him I have to do what's best for me. Like I said, he's just an amazing friend. You know, obviously you can tell how hard this decision was on me, especially the timing of it, but I think it was just getting a little unhealthy for both of us and it was…obviously it hurts. But going forward, I'll have Joel Stock on the bag throughout the playoffs and pretty much going forward from there."

Damn, Willy Z is making a massive change before the FedEx Cup playoffs tee off. Sometimes you need a little shakeup to take your game to the next level. Sometimes it's just an untenable situation. There's no easy way to navigate the player-caddie breakup. It's brutal and awkward and features hard feelings the vast majority of the time. In this case, it seems like Zalatoris and Ryan Goble will remain friends when all's said and done.

While Zalatoris' short game coach Josh Gregory is filling in for Goble on the weekend, Joel Stock will be the young superstar's full-time caddie. Bless Joel Stock. The man had to carry Ben Crane's bag for a decade. Nothing against Crane the person, but Crane the player in his heyday was fucking All-World Slow.

If Stock managed to put up with Crane's shit for that long, Willy Z should be a breeze by comparison, despite how squirm-inducing he can be over short putts in particular. More recently, Stock caddied for Kevin Tway and Cameron Tringale.

Fun facts about Stock, per his presumed representation LocaliQ Sports: He built his own coffee business, has a wife and two kids, is a licensed real estate agent, has been a mortgage broker and, wait for it, at one point gave up on his golfing dreams as a player to tour the country as a professional singer. How this man had the energy to build that type of life and caddy for Crane for 10 years somewhere in there is beyond me.

To be fair to Crane, he had the levity and self-effacing qualities to make fun of himself in a series of hilarious videos to acknowledge his flaws. Here's one of 'em:

It has to be at least a little unsettling for Zalatoris to bail on the looper who's been on his bag for an electrifying start to his PGA Tour career. He played so well last season that he racked up a full schedule of events based on high finishes and sponsor's exemptions. Then as a true tour rookie in 2021-22, Zalatoris has piled up eight top-six finishes, including two runner-up results in the PGA Championship and the U.S. Open.

Zalatoris is knocking on the door of major glory and has already positioned himself for multiple titles. Despite failing to log a professional victory as of yet, the 25-year-old's best golf is likely ahead of him. He ranks second in strokes gained: tee to green this season, so if his short game — really  his putter — begins to cooperate on a more consistent basis, there's no telling what Willy Z's ceiling could be.

With this caddie decision likely weighing on him for longer than a month, we could see Zalatoris grab his first piece of PGA Tour hardware in the FedEx Cup playoffs. I have a funny feeling he could do it at the Tour Championship. Although I fancy myself a bettor, all y'all out there defer to Banks' previews to see which event Willy Z has the best shot at winning. Banks is on a Kelly-In-Vegas-college-football-parlays type of heater on picking winners this season.

Anyway, since this story valmorphanized into too much Ben Crane content than is ever otherwise necessary, I'll play you out with Zally's best round on the Tour to date.

Twitter @MattFitz_gerald if you, like me, are praying for Willy Z and Rory to exorcise their putting demons