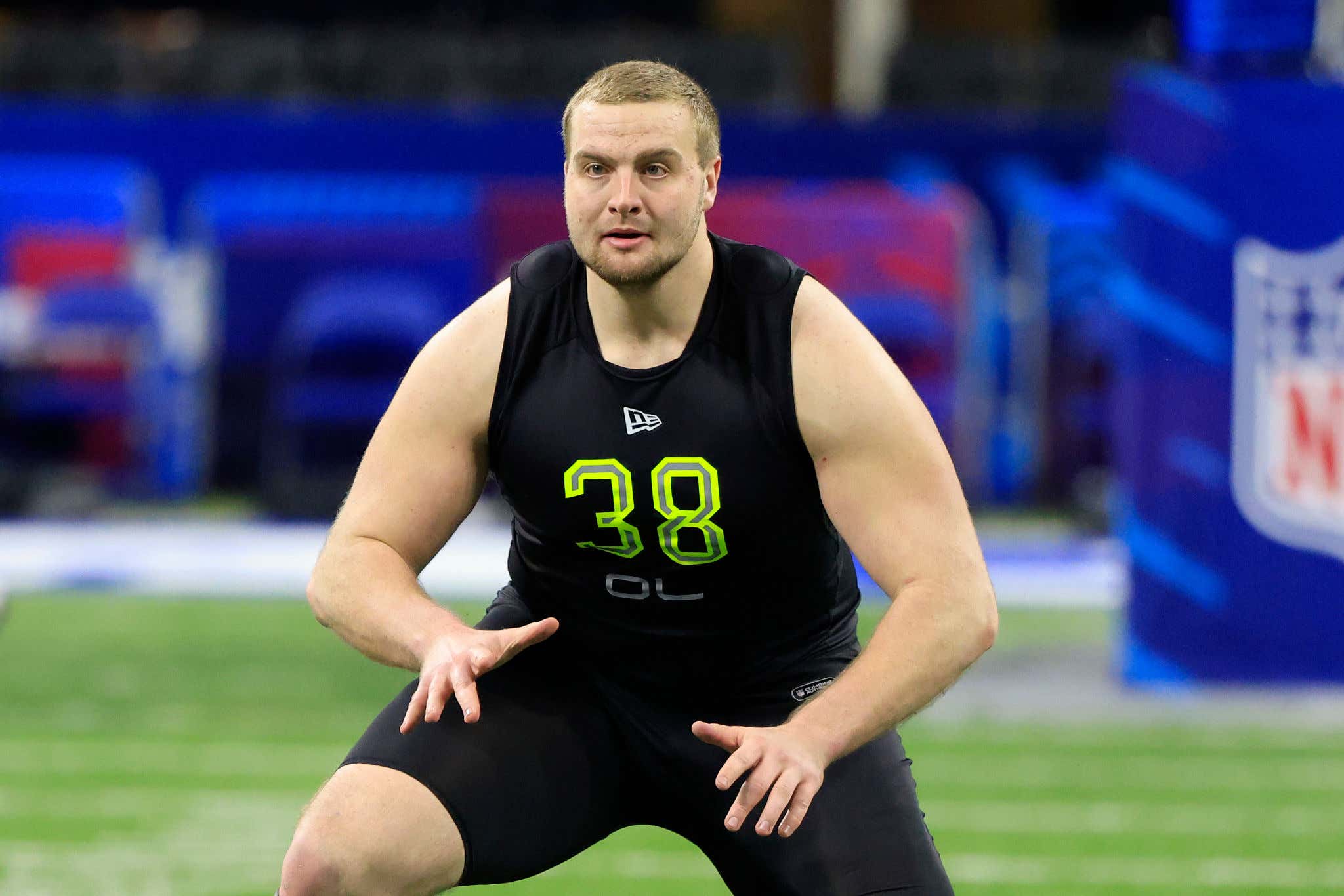 Despite hailing from Northern Iowa of the FCS, Trevor Penning garnered serious pre-draft hype for his road grader mentality and status as an elite, run-blocking mauler. Hey, I guess if you work hard enough to be the 19th overall pick from a non-powerhouse program, having a certain edge to you is a prerequisite.

But as far as adjusting to the NFL, let's just say Penning isn't getting into the goodest of graces with his new New Orleans Saints teammates.

Forgive Dov Kleiman's hiccup. It happens to the best of us. We're no longer in OTAs. It's motherfucking training camp because FOOTBALL SZN IS [ALMOST] HERE BAY-BEEE. Also forgive Dov Kleiman (and me for running with it) for the minor blunder of mistaking the video above for what happened Wednesday. It's actually from Saturday, and shows an altercation with Payton Turner, followed by two subsequent Penning bouts from Tuesday's practice:

Let's circle back to the initial throwdown we do have video of with Turner and Penning, though. Not the most eventful fight. In fact if anything, it looks like Turner was the one who was more interested in sizing up Penning and clocking him. I'm most curious as to whether that Temporary Guardian Cap helped Penning absorb some of the blows to his grill that he seemingly deserved. Penning is a supreme athlete at 6-foot-7, 325 lbs…pretty sure he's one of the last guys the vast majority of humans would want to get into a tussle with.

Here's isolated footage of the dustups Penning got into yesterday:

I see you Trevor Penning. You're probably talking all worlds of shit and, at least initially with Turner, didn't want to outright brawl with him. Now you're embracing that you already fucked up, have pissed off multiple other dudes and aren't even shy about getting your licks in across three consecutive practices. Ballsy shit from a rookie. Looks like your mind games, awkward facial expressions and forename beginning with the proper letter make you a prime candidate for the nickname I featured in the headline: PSYCHO T.

North Carolina hoops fans are gonna hate me for invoking the "Psycho T" moniker reserved for arguably (or maybe inarguably?) college basketball's most punchable face of all-time, Tyler Hansbrough. So what? Trevor Penning might actually have a chance to be a legitimate success at the professional level of his sport.

This didn't start out as a "Tyler Hansbrough catching strays" shit post but here we are. Oops. Sorry to the good folks at UNC. Yeah, you're good at basketball. However, I think I speak for most of America when I say that few outside your orbit liked Tyler Hansbrough. But hey, we're here because of Tyler Hansbrough, so hats off to the guy for helping me dish out a new nickname to Trevor Penning. It's about time we pass that torch and tie together two players and sports you didn't know you needed to be associated with each other.

As for Penning, I think he'll have the sense to calm down at some point. The Saints have a pretty stable organization. He's fighting for a starting job at left tackle and, amid the heated battles of training camp, is clearly still a work in progress on how to keep his cool. Penning's spectacular failure on that front at least gives us something to talk about, because to be real, we're grasping at straws for shit like this around the NFL before the real games start.

Oh by the way, one more parting shot at Tyler Hansbrough…

Trevor Penning can fucking windmill dunk, so suck on that, OG Psycho T.