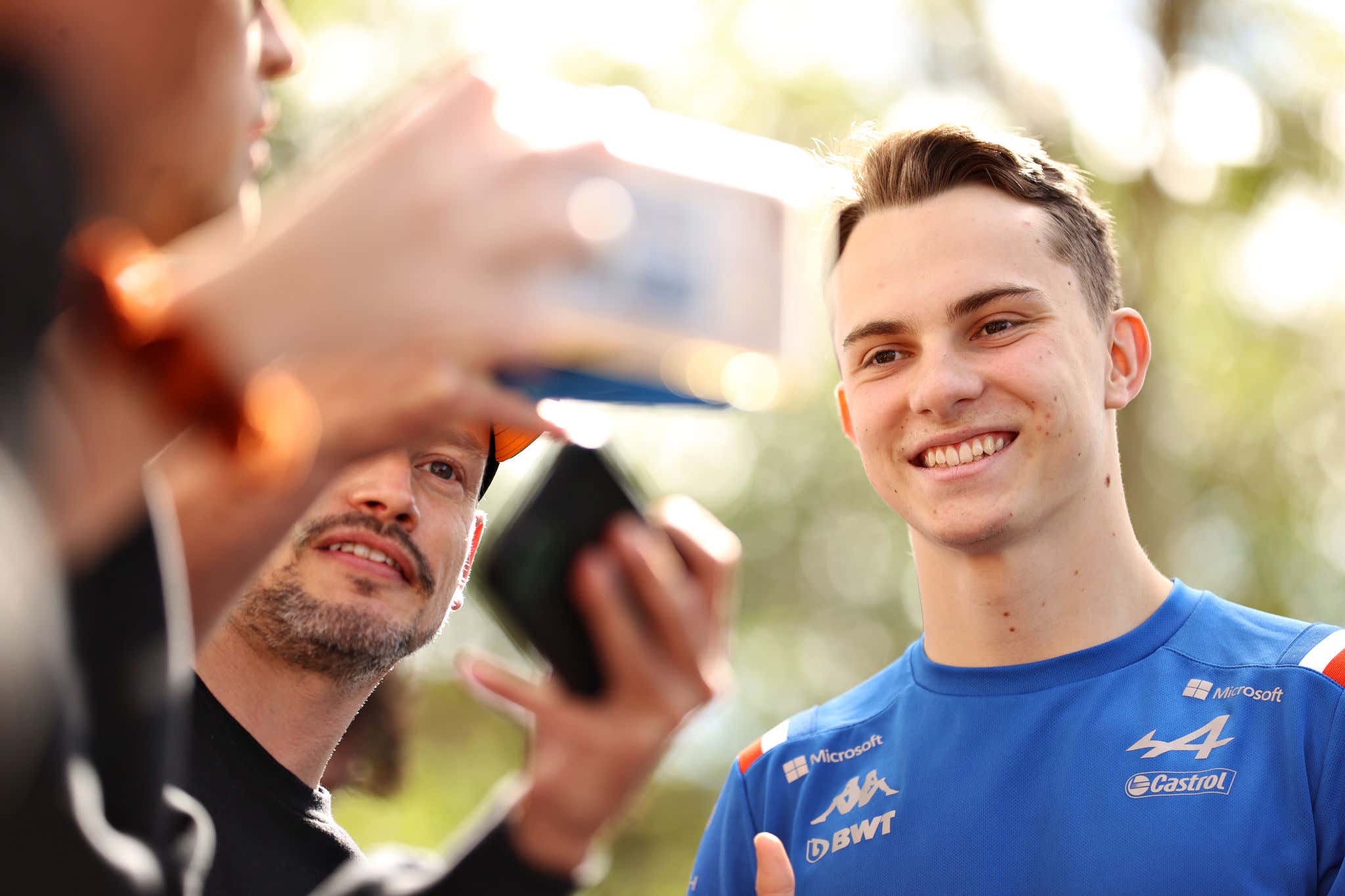 THIS FUCKING LEAGUE. Here's the timeline of events over the last few days that have led to this incredible moment of drama in the F1 paddock:

On Monday morning, it gets announced that former World Champion, Ferando Alonso, would be leaving Alpine to fill the open spot at Aston Martin, which was somewhat surprising because most people thought that he would stay at Alpine for next year.

This morning, Alpine announced that replacing Alonso in 2023 would be the highly touted Alpine reserve driver, Oscar Piastri.

Piastri was the hottest name in the paddock this year, with tons of speculation not about IF he would drive in F1 next year but WHERE he would drive. Case closed, he's going to be driving for Alpine. A fantastic signing for the team. They made the best out of a bad situation of Alonso leaving the team.

The team announced in the morning that Piastri would be driving for them, but there was no post or statement from Piastri himself confirming the news. The silence continued for several hours and started to seem more and more suspicious. Piastri is finally getting his chance to race in F1, you would think that he would be ecstatic to tell the world that he finally achieved his life-long dream… right? RIGHT????

OH MY GOD, HE NEVER OFFICIALLY AGREED TO DRIVE FOR ALPINE. THIS LEAGUE.

This is a massive fuck up by Alpine. Not just because they announced the news early when it wasn't official, but also because Piastri is the #1 driver prospect on the market right now. Piastri has been a part of the Alpine family for several years, this should have been an easy signing. How could they fuck this up so bad?

Alpine's driver lineup, up until Monday, was locked in with Ocon and Alonso, and they were shopping Piastri around to other teams. The two biggest teams in the mix were McLaren and Williams. Williams is expected to part ways with Nicholas Latifi at the end of the year, and McLaren has been fishing around for potential replacements for Daniel Ricciardo. Rumors have been swirling for weeks about where Piastri will end up, and despite Alpine announcing today that he will be driving for them in 2023, it feels like we are further away from that answer than before.

Also, Alonso just * happened * to post this photo of him living his best life a minute after Piastri put out his post…

What's even crazier is that this is the second time this exact situation has happened this summer in the racing world. Earlier this summer, Chip Ganassi Racing announced that Alex Palou would be driving for their Indy Car team next year, only to have him tweet out that he never agreed to the deal.

Chip Ganassi Racing and Palou are still legally battling over the dispute, so it will be interesting to see what happens with that case and if something similar happens with the Alpine and Piastri situation.

This is why it's so much fun to follow F1. Moments like today are what "Drive to Survive" was created for and I can't wait to see the behind-the-scenes of this whole debacle next season. They call this time period in F1 "Silly Season" for a reason. You literally have no idea what will happen next in the paddock Thank you, Vettel, for kicking off this incredible series of events. Follow me on Twitter for updates and all the drama unfolding over the next few weeks.