Stuff has never been the issue with Dylan Cease. The former top prospect has always had a fastball that consistently reaches the upper 90s and wipeout off-speed stuff. The intangibles have always been there, but the command has not been. Despite showing flashes of brilliance at points throughout his first three seasons in the league, his 4.39 career ERA and high walk rate were clear indicators that Cease hadn't quite hit his stride. Well, that stride has been hit. Dylan Cease is dominating.

Even though they're only two games back of the slumping Minnesota Twins, it has been a frustrating season for the Chicago White Sox. A team many believed would be competing for the World Series finds themselves only a game above .500. It's been a difficult year on the south side. And then you have Dylan Cease, who has held down a rotation riddled with injuries and inconsistencies. The AL Cy Young is by no means his to lose. At this point, Justin Verlander has established himself as the favorite, but Cease is putting himself in the thick of the discussion.

Over his last 12 starts, Dylan Cease has been nothing short of brilliant. Over that span, Cease is 7-2 with a microscopic 0.51 ERA. I have to note that he's given up ten unearned runs in that span, with 6 of them coming in one start back on June 9th. That has to be frustrating, but it speaks to Cease's brilliance that he hasn't let it bother him. The defense behind him hasn't been anything to write home about. Cease is currently tied with Justin Verlander regarding bWAR among American League pitchers and ranks second in ERA behind Verlander. He leads all of baseball with 12.4 strikeouts per nine, and while his walk rate remains high (he leads baseball in walks allowed), his current BB/9 is still below his career average. His pitch data is also sensational and lends credence to the idea that his dominance will continue. 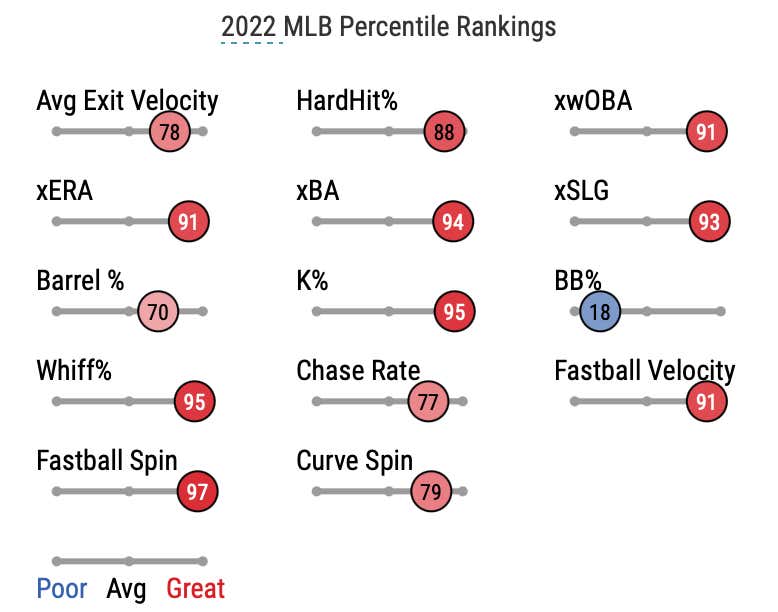 Developing starting pitching is a difficult thing to do. It's a grind to pitch well at the major league level, and that's assuming you don't get injured. Sometimes it takes years for a pitcher to find his stuff in the big. Even Max Scherzer was sent to the minors in 2010 before breaking out. You can have all the intangibles in the world and still never find it. But Dylan Cease has found it. It doesn't make sense to me how he wasn't an All-Star. If the White Sox find a way to recover from their frustrating start and win the division, they'll have this guy to thank. He's one of the best pitchers in baseball.