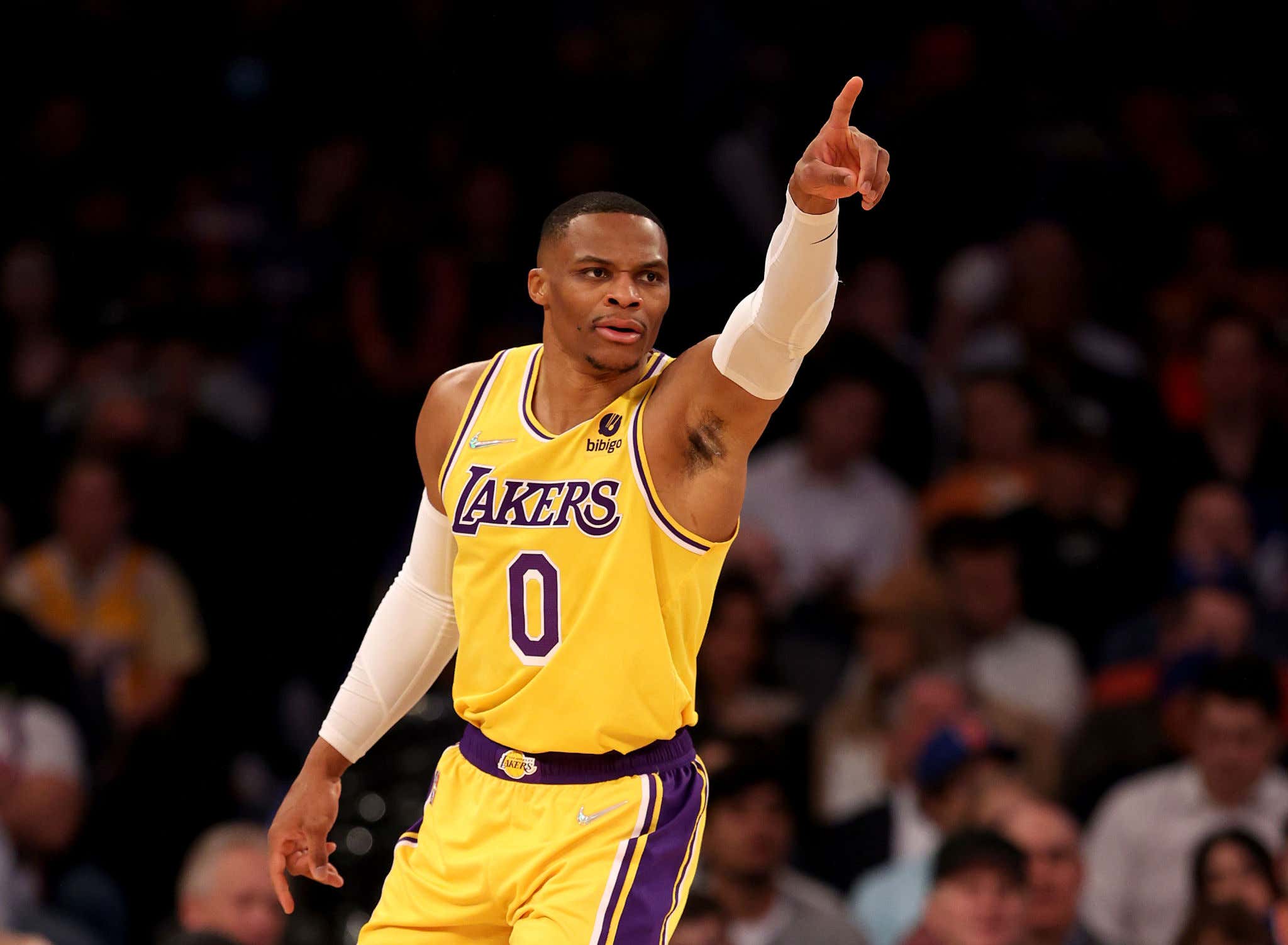 "It’s one thing to [publicly] not acknowledge it, but clearly behind the scenes, he’s not realizing, if anyone trades for you, it’s for your contract. And them wanting to get off of money. And get an asset from the Lakers. It is not because they want you to be the face of the franchise, they want you to be the starting point guard. Like, any team that takes him on is facilitating, clearing their cap sheet."

I can empathize with pretty much any professional athlete in this situation to some degree, however minimally in the particular case of Russell Westbrook. You've been an elite talent since you were a teenager, used your immense physical gifts to carve out a Hall of Fame career and suddenly you're starting to hit a wall. That explosiveness isn't quite where it used to be. Now it's an uphill battle to recover from games, maintain a high level of play and even entertain the reality of your inevitable athletic decline.

Here's why I feel a little less bad for Westbrook than most in a similar situation. For almost his entire time in the NBA, everyone from teammates to media members to any sentient consciousness capable of comprehending the sport of basketball has insisted that he needs to change his style of play, develop a better shot, and ultimately evolve to become a true championship player.

Westbrook's stubborn refusal to do any of this is why he's without any non-salary-dump trade suitors and on an expiring contract that pays him over $47 million this season. Not only does the man refuse to acknowledge he's a depreciating asset entering his age-34 season, but he can't seem to wrap his head around why another team wouldn't want him as their superstar to build an entire roster around!!

Accuse me of playing armchair psychologist all you want, but we've seen Westbrook get testy and publicly defensive earlier this offseason after his maiden season with the Los Angeles Lakers was a straight-up disaster.

I've found myself thinking Skip Bayless is in the right on a sports take, which is damn near a first. This is the same guy who's made a living — nay, millions of fucking dollars — almost exclusively off of the worst LeBron James critiques ever. Nevertheless, Skip is right to call Westbrook by the unsavory nickname "Westbrick". That's an earned moniker of mockery.

Westbrook averaged fewer than 20 points for only the third time in his career in 2021-22, with shooting splits of 44.4/29.8/66.7. Because he's not a catch-and-shoot marksman whatsoever, hasn't worked harder to be an off-ball cutting threat and has never fully committed to the defensive end, Westbrook is an awful basketball fit next to a high-usage playmaker like LeBron.

Anyway, rumors are flying around that the Lakers want to reunite King James with Kyrie Irving. To do that, someone has to take on Westbrook's monster salary. Brooklyn likely has zero interest in bringing another mercurial lead guard into the locker room like Westbrook, so the preference has to be to ship him to a third team.

Here's the framework of a five-team deal I worked out a while ago (and just a heads up, I do clarify later in the article that the Jazz could receive as many as five first-rounders in a Donovan Mitchell deal, plus Ben Simmons). In this scenario, Westbrook heads to San Antonio, where Spurs coach Gregg Popovich may, at long last, be the one coach who could get through to him and get him to change his ways.

A one-year trial run for Russ in San Antonio feels like a huge win for all parties involved. He can be the unquestioned leader on a roster loaded with young players. Popovich will be the best coach he's ever played for. Russ could rebrand himself and be far more deferential, perhaps setting up one last shot at a decent payday and a chance to contend for a title when he hits free agency in 2023. If Pop can't get through to Westbrook, well, Russ could just go ahead and entertain Spurs fans while they try to tank for Victor Wembanyama, post all kinds of triple-doubles and go down swinging, unchanging, in relative obscurity.

Whatever his future holds, Westbrook needs to unearth some self-awareness. Maybe the recent firing of his agent was due to someone trying to get through to him about the reality of where he is in his career. Can't wait to see the next twist in this saga!