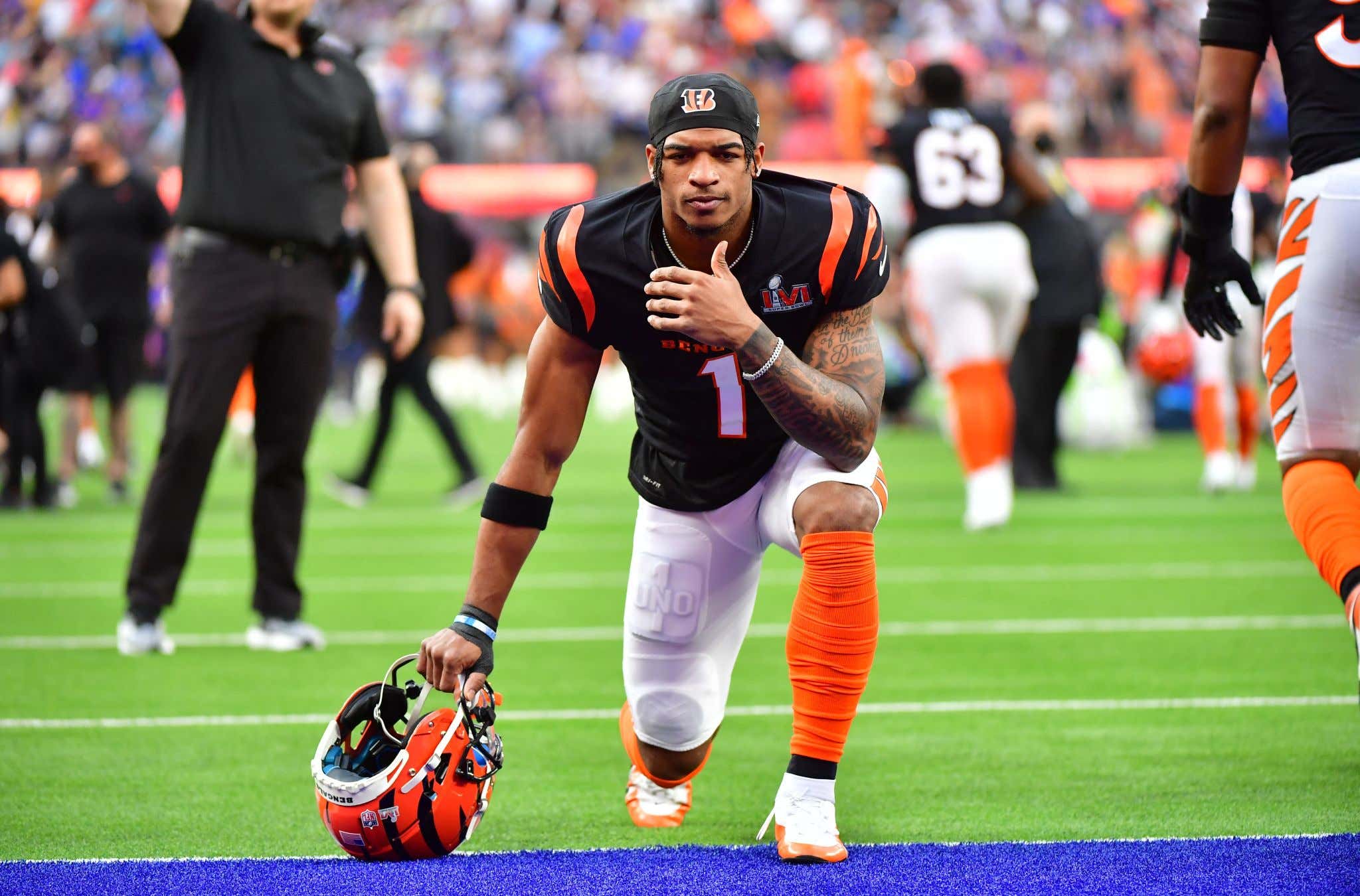 My own innate biases aside, who the actual fuck is arguing that Ja'Marr Chase isn't a top-10 wide receiver in the NFL right now? Think it's pretty safe to say the Madden NFL 23 creators/rating assessors will die alone atop that hill.

I know Ja'Marr Chase has only played one season in the pros, but he was a massive reason the Cincinnati Bengals won the AFC and ran all the way to Super Bowl LVI. You're telling me that KEENAN ALLEN and AMARI COOPER are better than him!?!?

Oh, but it gets better. Not only is Chase allegedly not a top-10 receiver…he's only good enough to earn an 87 overall rating and tie for 18th at his position!!

Having Adam Fucking Thielen as a better NFL wide receiver than Ja'Marr Chase is a TAKE. Deebo Samuel at 89 overall is another trash rating, but I'm still blown away by the slight Ja'Marr was handed here.

OK Madden bros. I'll give you the maximum amount of concessions I'm rationally capable of. Davante Adams…years of production, insane at creating separation/beating press coverage and just flat-out unstoppable. Touche. Cooper Kupp? Super Bowl MVP. Prolifically productive. The clear go-to guy who in the Rams' offense and he STILL gets wide-ass open on a regular basis. He just won the receiving Triple Crown. Fine. Put him over Ja'Marr.

Tyreek Hill is a human game-breaker because of his speed. If you want to really nitpick and put Chase's ex-LSU teammate Justin Jefferson ahead of him because of his extra season of experience and incredible run with the Vikings to date, go for it. I disagree, but go for it. Anyone else on this list…I'm struggling to even see an argument.

This game alone by Chase against the Chiefs…11 catches, 266 yards and three TDs…I mean come on what are we even talking about here?

You can make the longevity arguments for De'Andre Hopkins and Mike Evans. You can't tell me that either of them, right now, are better than Ja'Marr Chase. Evans is always hobbling around injured half the season, and Hopkins missed seven games last season. He now faces a six-game suspension to begin 2022. You're telling me that a Nuke Hopkins who's that rusty and a Mike Evans who's been in the game THIS long are far superior wide receivers to Ja'Marr Chase?

Stefon Diggs has averaged 12 yards per catch over the last two seasons in Buffalo. Allen was at 9.9 in 2020 and 10.7 last year. Terry McLaurin has produced well in three seasons but I haven't even seen flashes to suggest he has a clear upper hand on Ja'Marr Chase.  McLaurin is also not the explosive playmaker Chase is, period. Cooper's career-best single-season totals of yards (1,189) and receiving TDs (8) pale in comparison to the 1,455 and 13 Chase put up in those categories AS A ROOKIE.

Also, Chase averaged 18 yards per catch on 81 receptions. That's absolutely bonkers. Never mind that he took the entire 2020 season off from football, and then had to make the leap to the NFL with enormous expectations as the fifth overall pick.

All I know is, if you're the co-favorite to lead the NFL in receiving yards next to the Triple Crown winner, you're probably not the 18th-best receiver in the league. 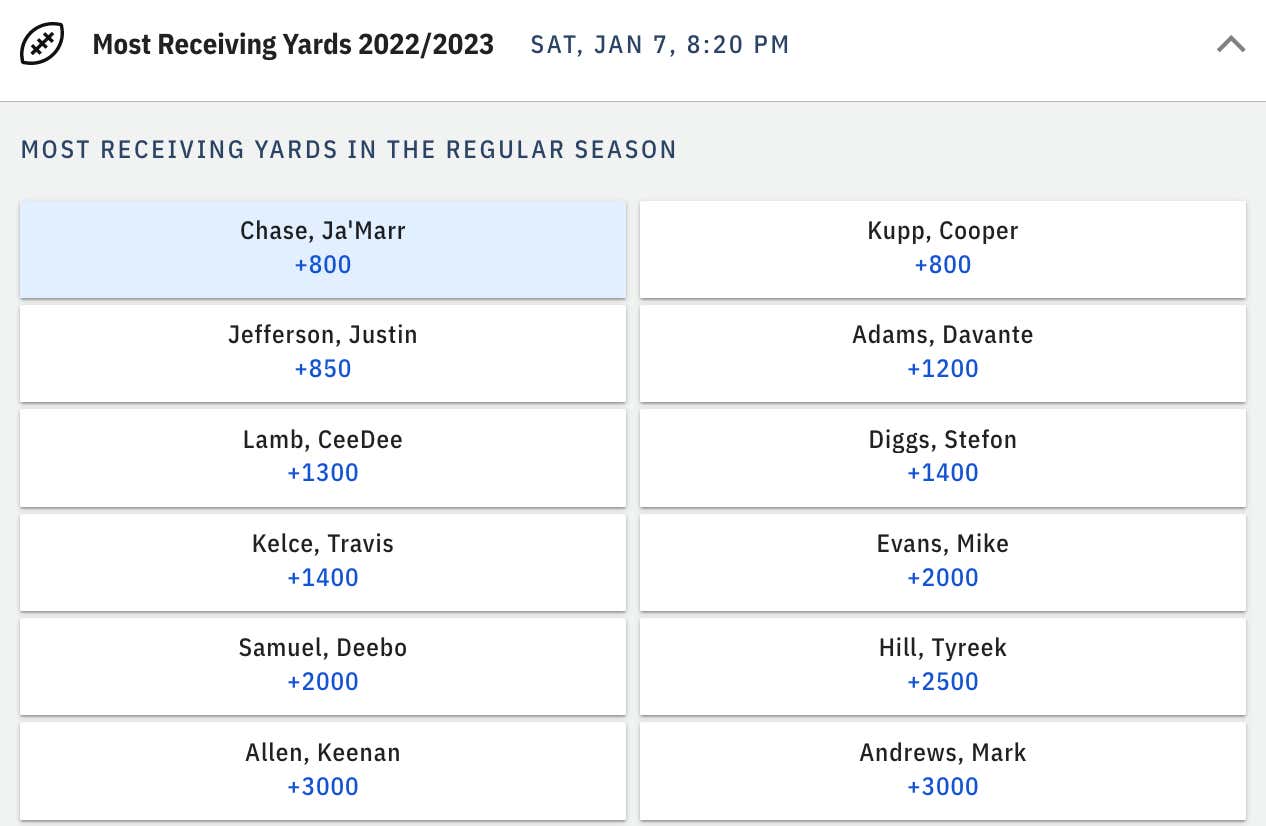 What's crazy is, Chase still has plenty room to improve as a route-runner. It's not that he's bad here. It's just that the 22-year-old could be more convincing and varied in his plans to outfox defensive backs. He's not yet an elite separator even though he has the physical tools to be that one day. Innate chemistry with Joe Burrow should lead Chase to yet another monster 2022 campaign even if the superstar wideout doesn't make any improvements to his craft. I'm willing to bet he will, though. If he didn't have any intrinsic drive to do that before, I guarantee this Madden bullshit caught his attention.

At least Ja'Marr is taking it all in stride.

Go show 'em, Ja'Marr Chase!! Who Dey Nation and anyone with an actual brain knows you're that dude and that you're actually among the five best receivers in the sport right now.

This whole fiasco was egregious enough that Tom Brady weighed in and offered Chase some encouragement.

Can't wait for the inevitable roster updates for Madden NFL 23 throughout the year. It's a crime against humanity, the football gods and the AI entities occupying the video game simulations if Chase isn't promoted to the top 10 by midseason.