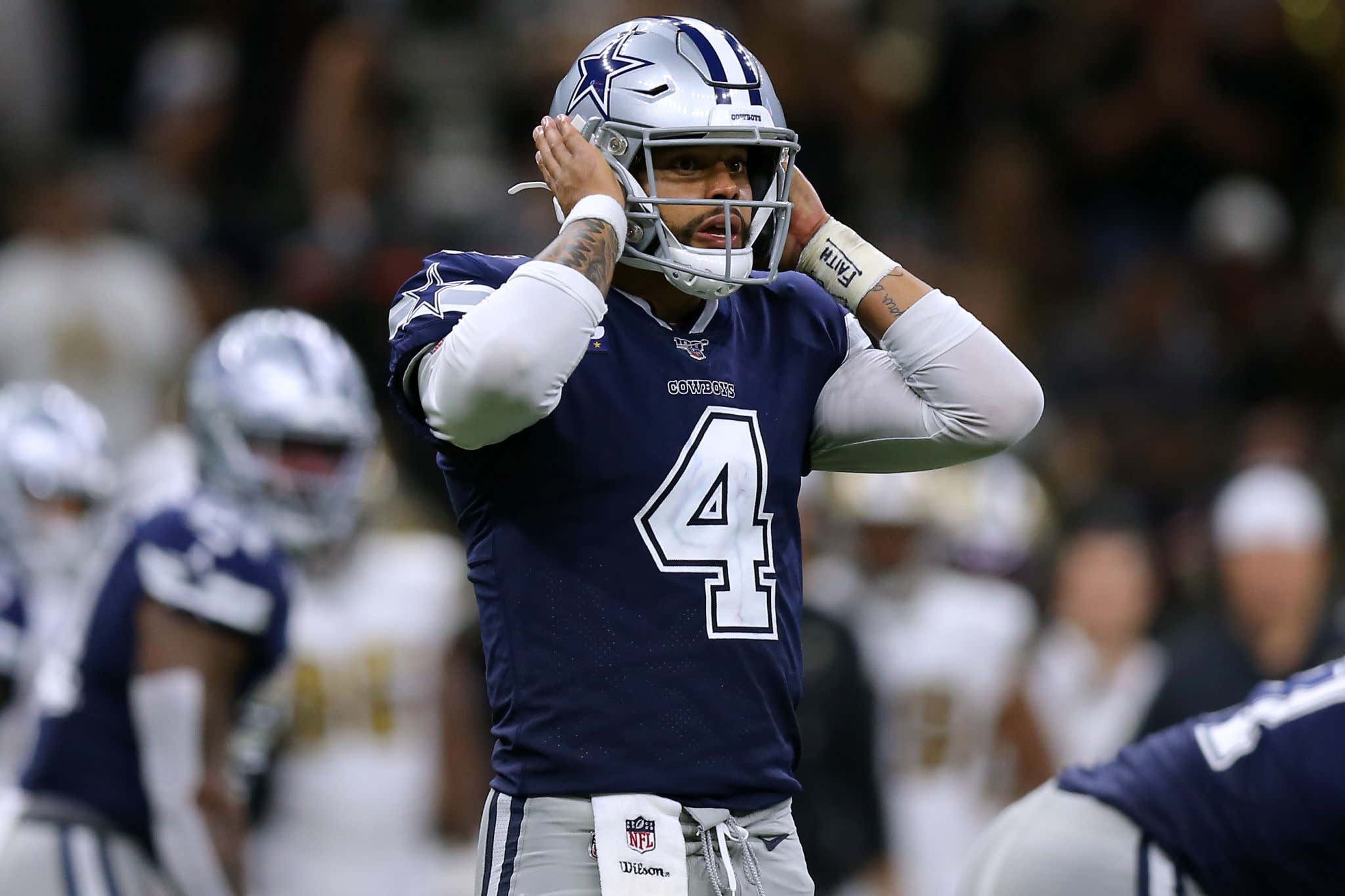 "The Football Power Index (FPI) is a measure of team strength that is meant to be the best predictor of a team's performance going forward for the rest of the season. FPI represents how many points above or below average a team is. Projected results are based on 10,000 simulations of the rest of the season using FPI, results to date, and the remaining schedule. Ratings and projections update daily."

Some advanced stats and data are useful in projecting how an NFL season might play out. Then there's ESPN's Football Power Index. Holy mother-loving fucking shit. Half the time you click the link to this page it's dead, so that tells you pretty much all you need to know going in.

What blows my mind is that ESPN apparently updates this daily. So with all this sophisticated data, tons of human working hours and artificial intelligence alike crunching all these numbers, they've come up with some doozies for 2022 NFL predictions. 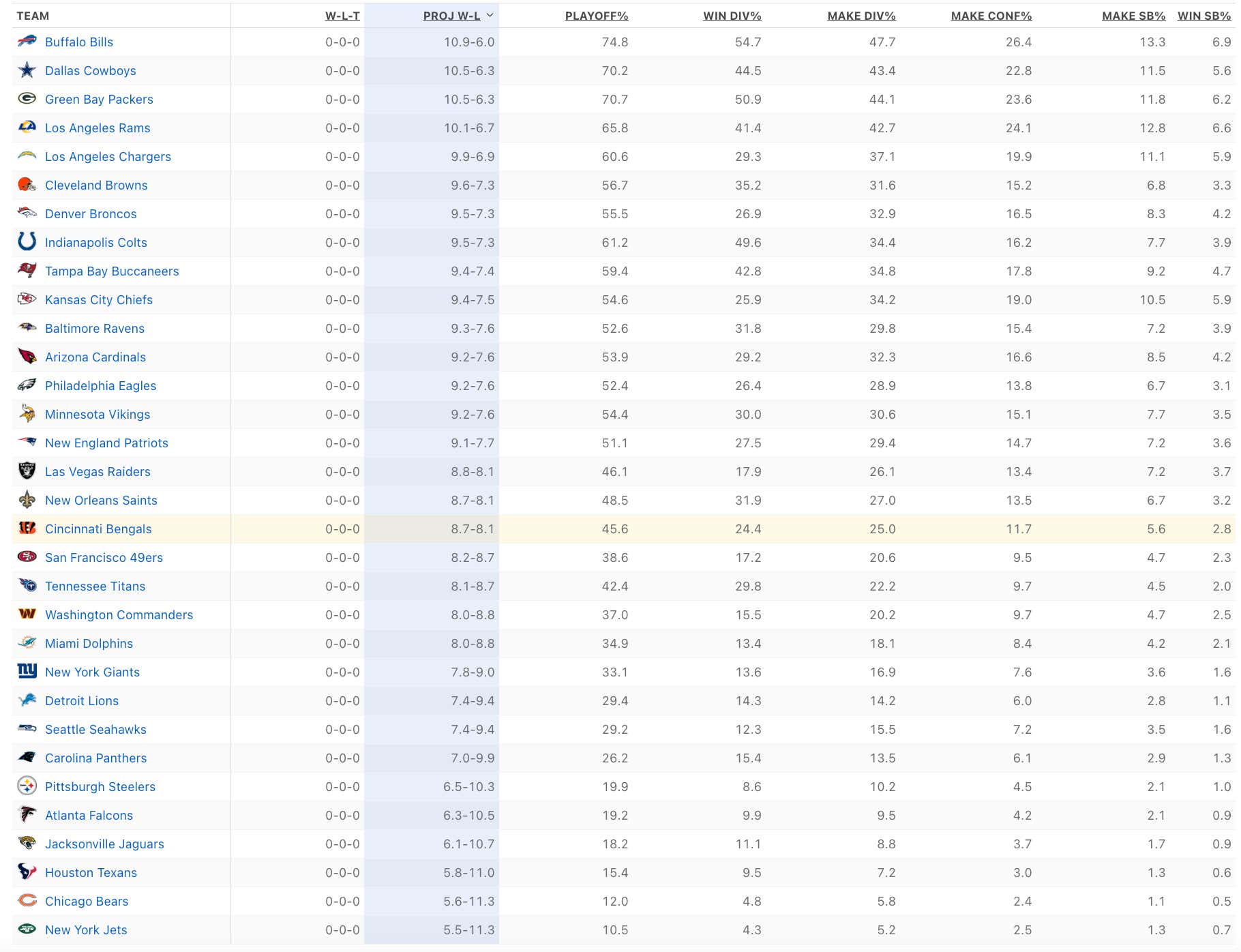 Look, everyone's guilty of overthinking/overanalyzing/etc. from time to time. This is KING SHIT when it comes to that. At least they have the Buffalo Bills projected to win the Super Bowl. I have them as the best roster in the NFL, and I think they're a popular, if sentimental, pick to lift the Lombardi Trophy.

Let's go over the most hilarious projections ESPN's Football Power Index is dishing out for us, shall we? Again, let me reiterate: This is allegedly updated every single day.

The fact that a potentially lengthy Deshaun Watson suspension doesn't factor into any of the 10,000 godforsaken simulations these brainiacs have run for the Browns underscores how ridiculous this whole model is. Why would you take a "wait and see" approach if this is truly a daily exercise? The dude also hasn't played football for an entire year. Whenever he does return to the field, you can't tell me Watson is going to immediately return to being an elite QB.

Anyway the Cowboys being the NFC's No. 1 seed/representing the conference in the next Super Bowl? Really? I like their roster but do you really think any capable NFC contender isn't going to outcoach the pants off of Mike McCarthy in a big spot? Additionally, speaking of said contenders, namely the three the FPI has ranked behind Dallas, I'd take Aaron Rodgers, Matthew Stafford and Tom Brady over Dak Prescott with my playoff life on the line anyyyyyyy day, any time, anywhere.

I know there's always an influx of new playoff teams replacing those from the previous postseason. However, to say the Chargers will finally break through? I love Justin Herbert. The roster is loaded. I liked the Brandon Staley coaching hire when it first happened. I'll believe it when I see it, because the Bolts basically have no home games because of a lackluster fanbase. Sad but true.

Then we have the Colts. Aging, immobile field general Matt Ryan on a new team, with dubious pass-catchers flanking him and an overrated o-line that PFF ranked 23rd in pass protection in 2021. Indy is gonna fare better than Tom Brady's Bucs, Patrick Mahomes' Chiefs and a much healthier, star-studded Ravens group with Lamar Jackson driven to earn a new contract? Yeah OK.

If you've read any of my stuff at all you know I'm a Bengals fan. I don't even know where to begin with this bullshit. I could've written an entire post about Cincinnati's AFC 10th/NFL 18th ranking. The entire defense is returning, plus two top draft picks in the defensive backfield. One more year of chemistry/development between Joe Burrow, Ja'Marr Chase, Tee Higgins and Tyler Boyd. Huge improvements in the trenches in front of Burrow to open up running lanes for Joe Mixon. I won't even dignify it with any more text. The stupidity is too staggering.

Finally, I believe the Panthers will surprise some people as long as they don't start Sam Darnold over Baker Mayfield. That quarterback room cracks me up. Baker is a bit of a knucklehead but he can play when healthy.

I loathe the Steelers. Doesn't stop me from recognizing the reality of Mike Tomlin dragging the decaying carcass of Ben Roethlisberger for the past few years and keeping Pittsburgh competitive. Don't care if it's Mitch Trubisky or Kenny Pickett under center. Tomlin will have the Steelers in a better spot than Smith or Lock can lead the Seahawks to. It's just a fact.