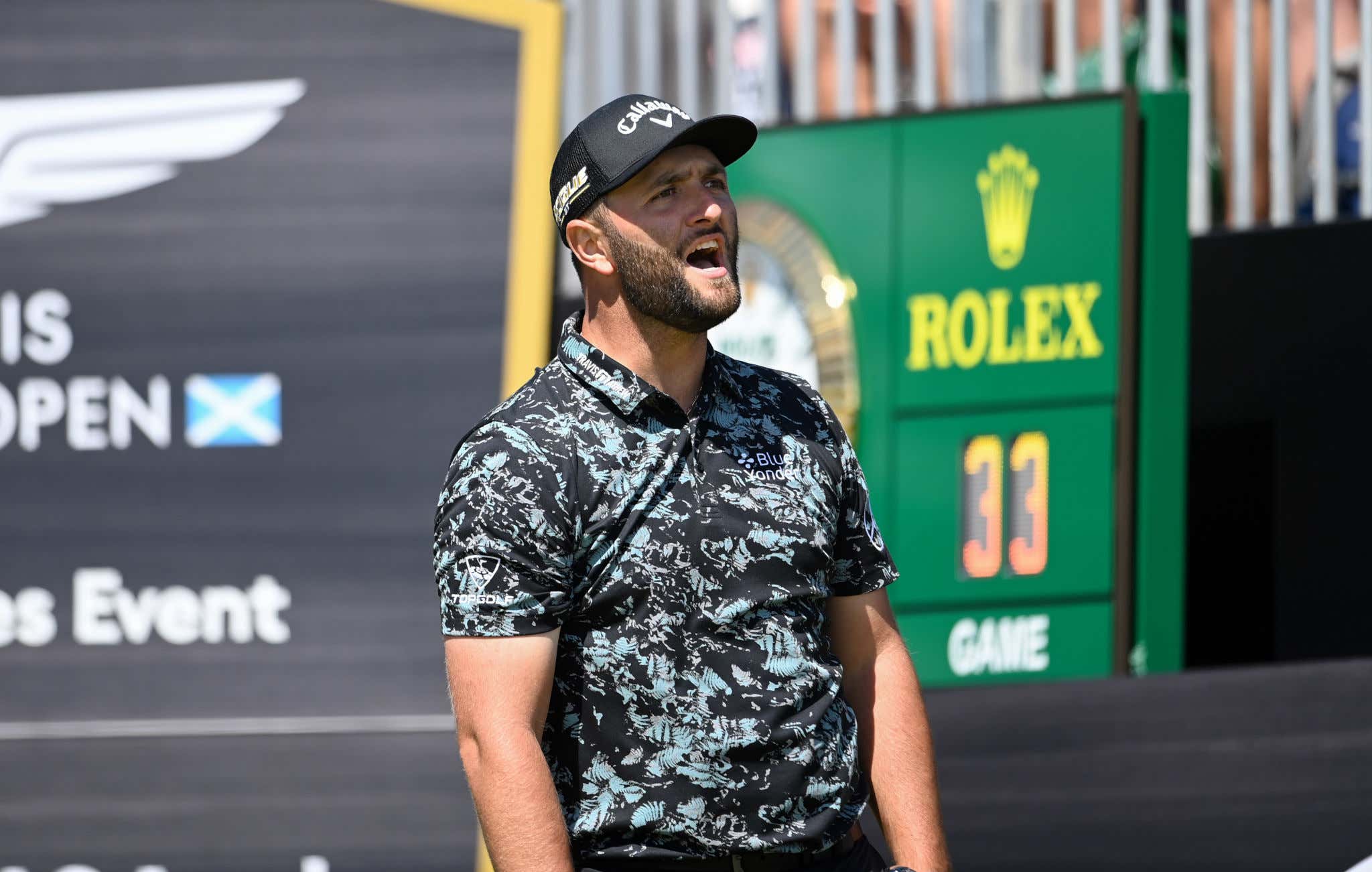 We're so tantalizingly close to The Open Championship at St Andrews. I can't friggin' wait. One of my favorite elements to the annual major is the week before, when many of the top players in the world get a links golf tune-up at the Scottish Open. Far removed from the mile-high ball-striking exhibition that is most PGA Tour events, this PGA/DP World Tour co-sanctioned event puts the more uninitiated stateside players in particular to the test.

Welp, Jordan Spieth and Jon Rahm matched scores for the second straight round on Friday, struggling to two-over 72s in high winds at the Renaissance Club to drop to level par for the tournament. But we'll all remember this day more for their oratory prowess than their conquests on the course.

Spieth was convinced that his caddie, Michael Greller, was telling him to pull the wrong club. Even when the ball was in the air, Spieth insisted Greller couldn't have possibly been more wrong and that the ball would balloon up into the headwind and fall at least 10 yards short of the putting surface. Turns out, Greller was bang-on with the club selection!!

EAT THAT SHIT FOR BREAKFAST, JORDO!!! That's what I'd say if I were Greller and Spieth was relentlessly grating on me like this. He's a better man than I. Seriously though, man is that a brilliant improvised stage play if I've ever seen one. I swear. Netflix should give Spieth and Greller a comedy special where they simulate their way through nine holes. Or more practically, just follow them around with a hot mic at all times.

As for Rahm, we all know the Spaniard runs a little hot. And by a little I mean A FUCKING LOT MOST OF THE TIME MAN!!!! WOOO!! Such was the case when he attempted to draw his tee shot on the par-3 14th…and um…as we could deduce from Rahm's disgusted reaction, the ball did. Not. Fucking. Draw.

Put me in suspended animation till we get to The Old Course on Thursday. I need Spieth's incessant jabbering and hopeful return to form along with Rahm's impassioned, profane quest for a second career major. These dudes' juices are already flowing before 2022's major finale. Let's get it!!