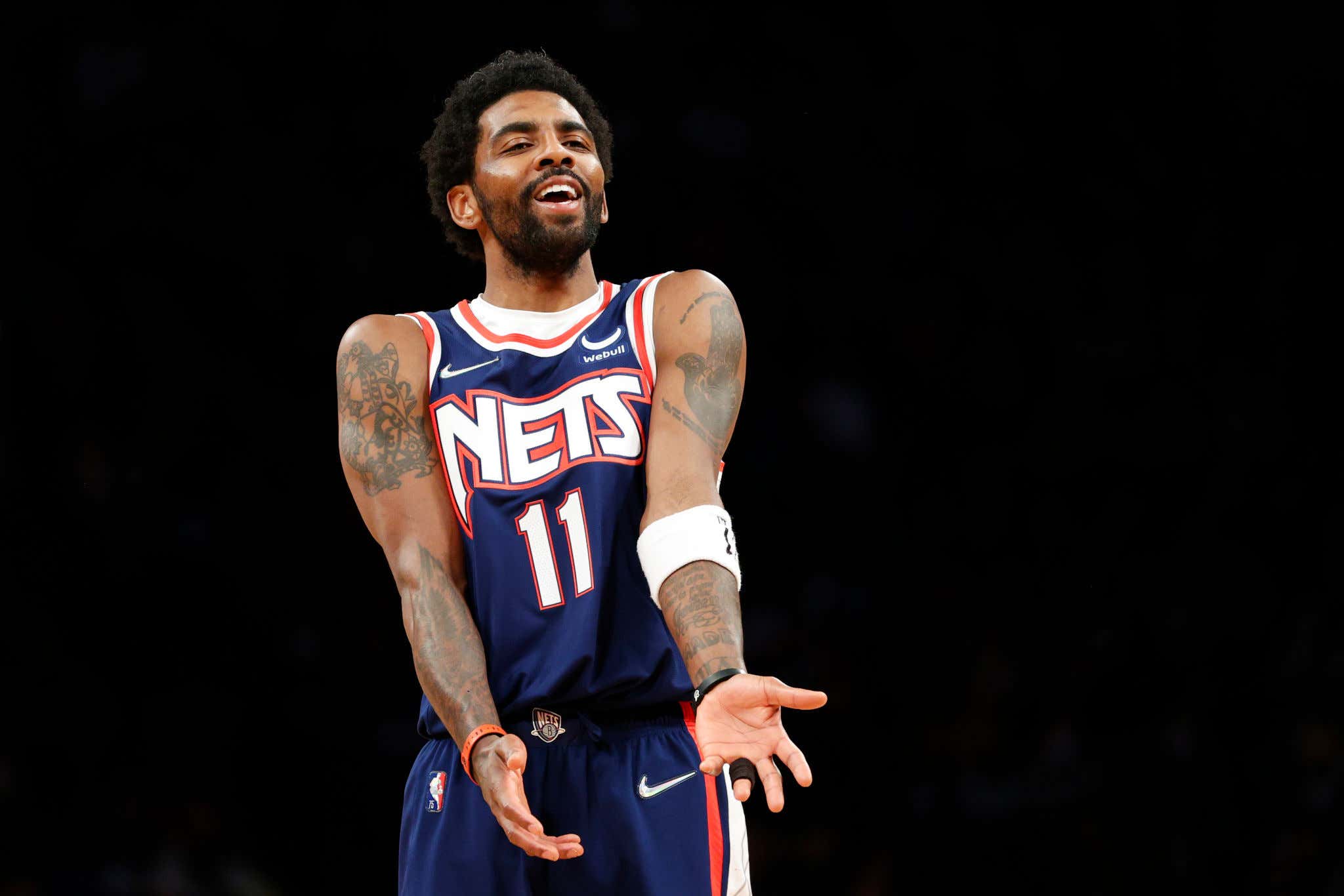 Well, looks like we have another heavy Kyrie news day on our hands. I guess that's just how things are going to be until the dust settles and we see where Kyrie ends up, because it's looking more and more like it's not going to be Brooklyn. Let me ask you, does this seem like a guy who is dying to be a Net for life?

This is significant because it's pretty clear the Nets and Kyrie are in some sort of game of chicken. Kyrie is trying to hold the team hostage to get what he wants and the team is actually pushing back. It's not at the point where the Nets are legitimately calling Kyrie's bluff and telling him to go out and find the team that is willing to commit long term

Here's a quick reminder. There are no teams in the league right now that you would deem "competitive" that will be open enough cap space to outright sign Kyrie in free agency. Remember Kyrie's list?

None of those teams can do it. This is a list of the teams currently with a ton of cap space entering free agency

The Nets know the market just like everyone else. It's why they probably feel confident in telling Kyrie to go find that team because guess what? You're still going to need the Nets to agree. Good luck convincing them to take Russell Westbrook. Could this backfire to the point where Kyrie takes a $30M pay cut and plays for the MLE somewhere? I guess, but clearly, the Nets don't give a shit about that. Kyrie I imagine wants a long term deal. You don't get that by opting out and playing on the MLE.

Given everything that's happened in terms of player movement and trade demands over the last few years, it's pretty crazy to see the Nets as an organization push back. I feel like that never happens.

Who knows, maybe they end up caving to Kyrie's demands one way or another. Remember this is the same organization that back in October when it was good PR basically banned Kyrie from the team until he could play full time, and then once the Nets started to win and get back into the race, suddenly they were cool with him being a part time player. But from everything we're hearing from the Nets side, they seem pretty done with the Kyrie Irving experience unless it's on their terms and even then you get the sense they aren't really thrilled about it.

Let's look at this from the opposing team's angle. If you are going to trade for Kyrie here are your options. Either find a way to match $36M in salary (or get close to it), or be willing to commit a max extension for his services while also sending out money that works. Who is doing that? Westbrooks seems out, I can't imagine the Nets are going to be down to bring in someone like John Wall when he's like two seconds from being bought out and they could always just sign him for a fraction of the cost. Given everything that's gone on with Kyrie since he left the Cavs, which contending team is going to gut their roster/trade major pieces for that? It's another story if you could maybe get him on a 1 year deal for the MLE, but in terms of a trade? Not only that, but it has to be players that the Nets actually want! Kyrie might even find a team willing to partake in something like this, but if the Nets don't want those players then what good is it?

The one thing I will say is the financial aspect of this ordeal is important. If Kyrie leaves, it's not like the Nets get $30M in cap space. That's not really how it works. So if they want to maintain that salary slot, finding some sort of sign and trade makes sense. We see it happen all the time whether it was Hayward, or KD, or DLo. At the same time, if this means they are also going to have to eventually trade Durant, you can reload that way. That's a guy who is a much better player who is signed long term. Durant's market is VERY different than Kyrie's and that probably impacts how the Nets are thinking.

All I know is I cannot get enough of this drama. The best part is we are nowhere close to being at the end of this thing. If anything, we're still at the early stages. Once we get past Wednesday when Kyrie needs to make a decision about his player option, things are only going to intensify. But for the moment? This is basically a live look at the Nets

and it just goes to show that in the NBA, life can really come at you fast.