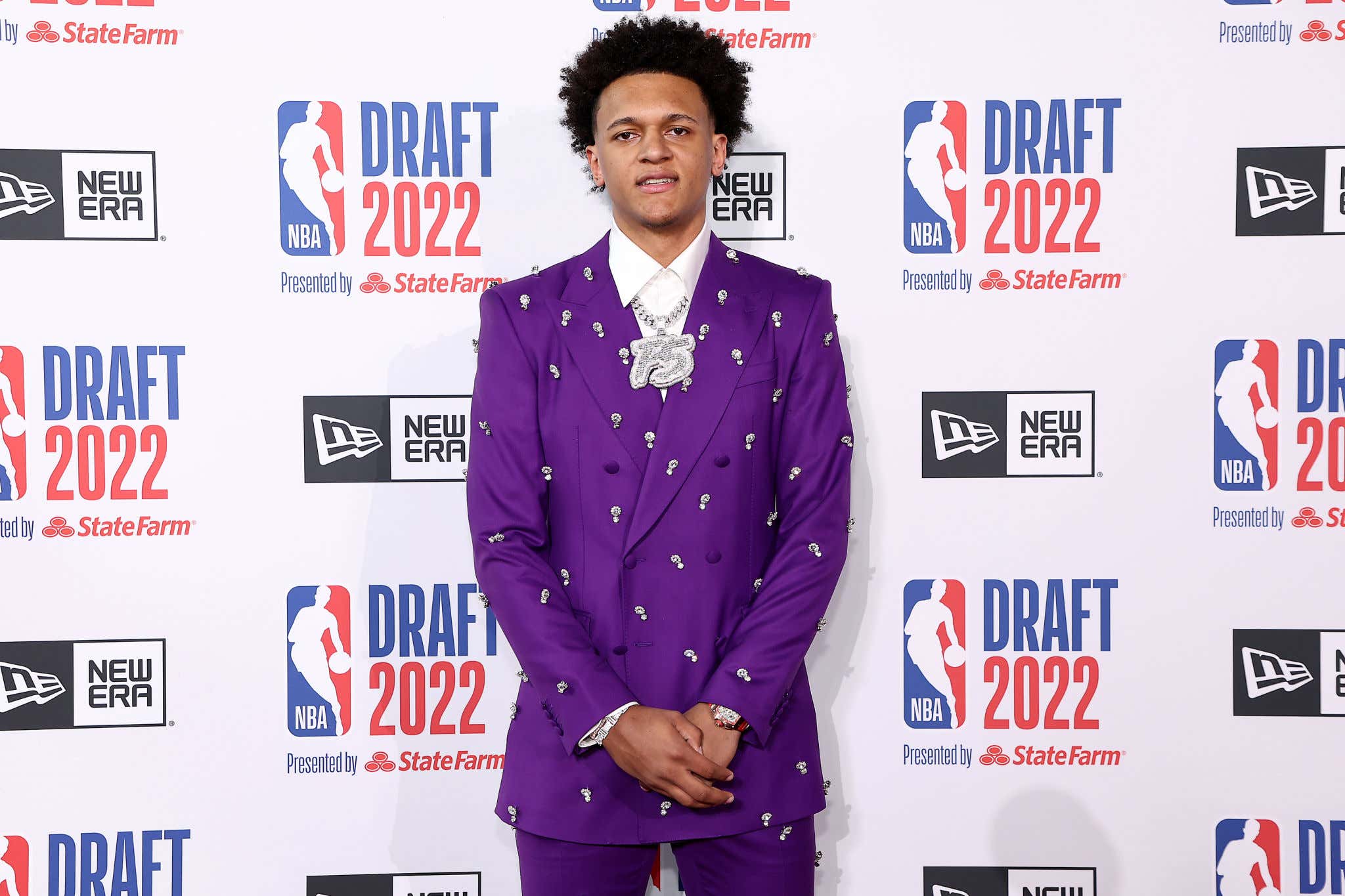 Wow!! Auburn's Jabari Smith was heavily favored to be the No. 1 overall pick in the 2022 NBA Draft, but at the 11th hour, Duke's Paolo Banchero is headed to the Orlando Magic!

As Reags eloquently covered, the see-sawing line movement on Smith and Banchero to be drafted first was bonkers. You know shit is absolutely nuts when Woj, hours before the draft, firmly states that Smith is the guy going first, only to suddenly walk back on that report and, in the end, drop the bomb that Banchero is gonna be the dude:

At 6-foot-10, Banchero is a unique playmaker who stood out as the best player on a loaded Blue Devils squad who went to the Final Four and should have at least five players hear their names called on draft night. He averaged 17.2 points, 7.8 boards and 3.2 assists and thrived on the big stage.

While it's obvious that Banchero has the alpha mentality, aggressiveness and raw talent to be a franchise cornerstone, there are some factors that'll make his transition to the NBA a bit of an uphill battle. Orlando has a decent young core, yet has struggled mightily throughout its history to get the draft right. Numerous promising prospects have landed with the Magic and seen their develop stagnate. Banchero also has room to improve as a defender, and still needs to polish up his jump shot to fully realize his potential.

But overall, Magic fans should be pretty excited about this pick. While Smith might've been the safer bet, and Gonzaga's Chet Holmgren could've been a splashy selection as well, Banchero seems like a matchup nightmare who can use his size to bully smaller defenders, and capitalize on his quickness when bigs try to mark him.

Congrats to Orlando and Banchero. Best of luck turning that organization around!