[SNY] - The price to trade up to the fourth or fifth pick in the draft will be significant. If the Knicks are willing to give up enough assets, they can get up to No. 4 or No. 5. (My guess is it will take multiple first round picks and at least one of the Knicks’ young trio of Obi Toppin, Immanuel Quickley and Quentin Grimes to get close on a trade up).

Sharpe has had fans in high places within the organization. He is projected to go before the Knicks pick at 11, so the club would probably have to move up to select Sharpe, a 6-foot-6 guard.

There it is. I was waiting for this to start coming true and reports out there. The Knicks fucking love Kentucky guys and there's arguably no bigger legend in Kentucky hoops than Shaedon Sharpe. I mean look at this!

Production baby! Obviously I get why he sat out. It sucked as a fan, but I mean we're talking about millions upon millions of dollars. Anywho, it's not exactly a secret that the Knicks would want to go get Shaedon Sharpe. He might be 4th or 5th just on upside alone. Everyone has to go off previous tape and workouts. There's no doubt that Sharpe has talent. I mean the dude is projected to go top-10 for a reason.

Now this also makes sense because of the asking price for No. 4 (Ivey), Brogdon and the unknown of Brunson. You could maybe give up way less and take a gamble on Sharpe around pick 8. Not a horrible idea. Like I said, the Knicks LOVE guys from Kentucky. Randle, IQ, Noel, Worldwide Wes, Kenny Payne (RIPIP, didn't die just stuck at Louisville). 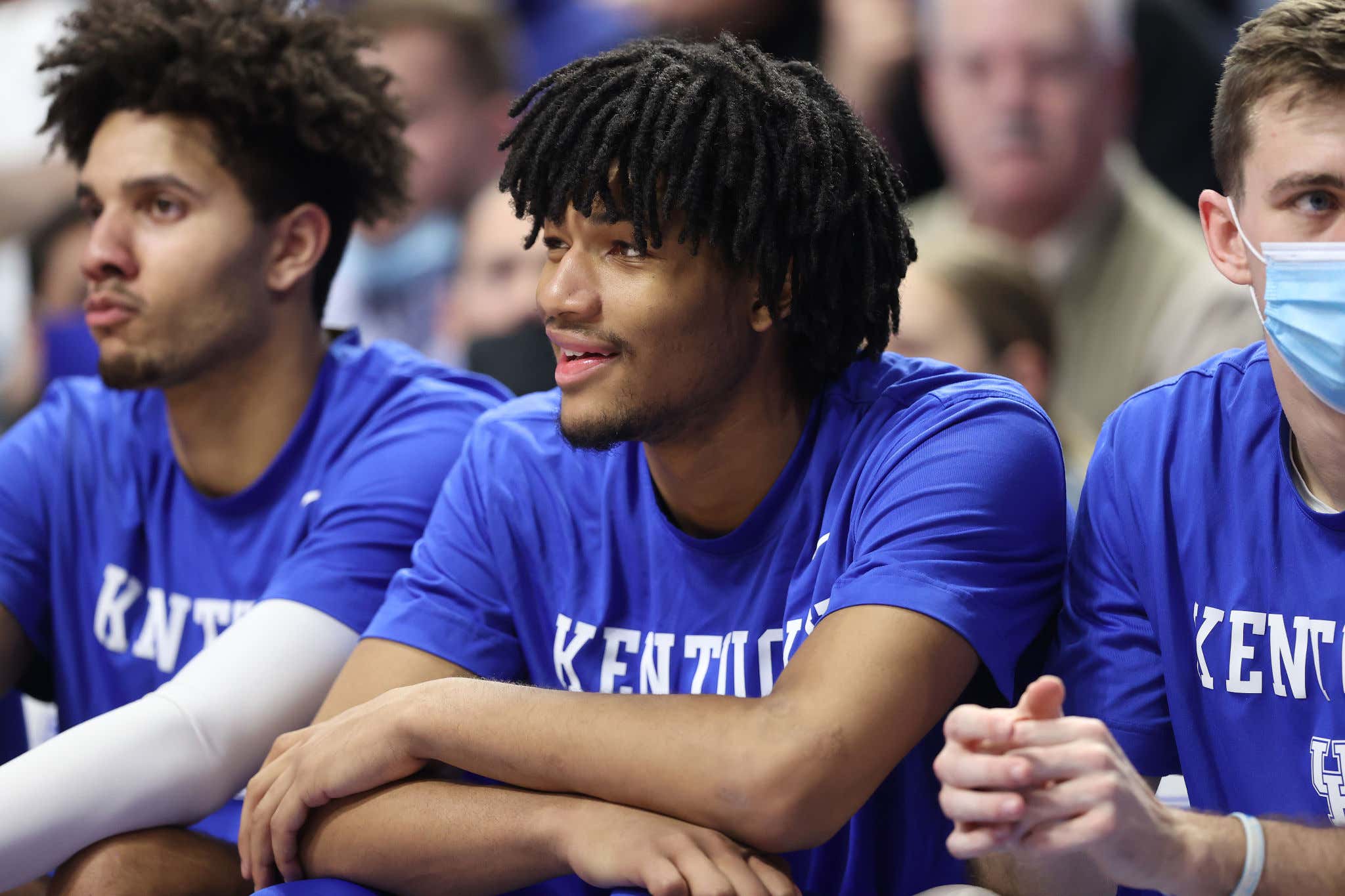