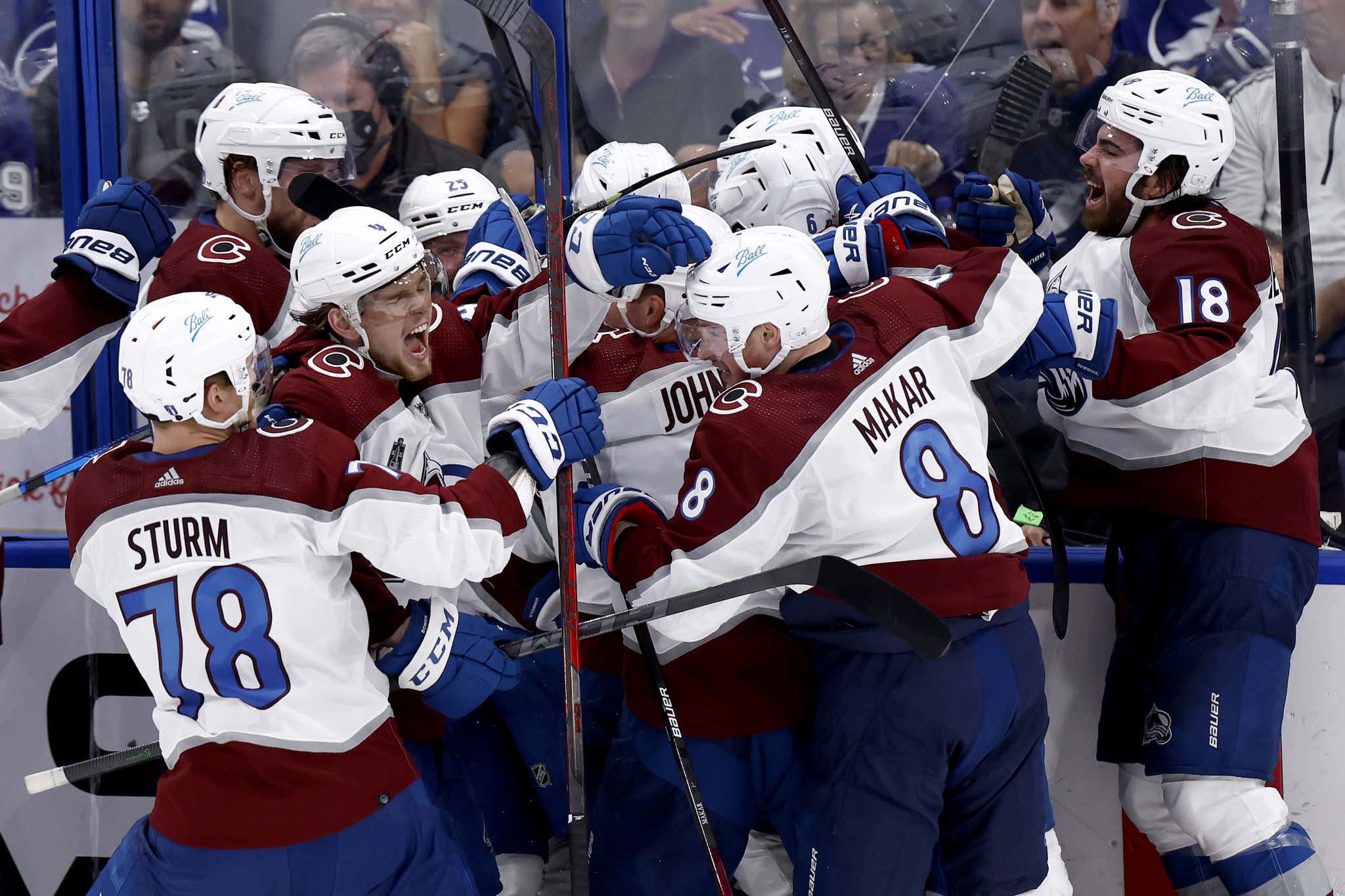 Example 83,654 as to why hockey players are built different: Just four games and 16 days removed from undergoing THUMB SURGERY, Nazem Kadri returned to the ice for the Colorado Avalanche, fucked around and scored the winning overtime goal in a 3-2 stunner in Tampa.

DAMN that was an awesome Game 4. We had a 4-3 Avalanche win in OT to begin the Stanley Cup Final, then a 7-0 Colorado blowout followed by the Lightning's emphatic 6-2 response in Monday's matchup. Wild momentum swings in this epic battle, with so much history on the line at that!

This would've been a heartbreaking loss for the Avs. They'd drawn iron twice in the extra period before Kadri broke through. All's well that ends well, obviously. In case you weren't aware, Kadri has pulled shit act several times before.

The Avs were outshot 17-4 in the opening period, yet Darcy Kuemper held his ground well enough to keep the visitors' deficit to only 1-0 after Anthony Cirelli scored just 36 seconds into the game. Nathan MacKinnon tied it up at one in the second as Colorado's power play continued to operate like a well-oiled machine. When Victor Hedman beat Kuemper on the far side with a slick backhand at the 10:42 mark in the second, all indications were that Tampa Bay would level up the series at two apiece.

To their credit, the Avalanche managed to score 2:53 into the third with a little bit of puck luck in front of the net. Luck was apparently all that could intervene for a shot to get by Andrei Vasilevskiy, because that goal by Andrew Cogliano actually was the first even-strength goal the Lightning had yielded at home SINCE THE FIRST ROUND.

Shout out to Murls on that +350 boost at the sportsbook for this one to go to OT. Gritty as hell effort by Colorado and Kuemper in particular. Once Kuemper let in five goals on 21 shots and was chased in Game 3, there was a real chance Pavel Francouz would take his spot in the crease tonight. Avs coach Jared Bednar made the call to stick with Kuemper, and it paid huge dividends.

Now the series shifts back to Denver. The Avalanche are one victory away from their first Stanley Cup since 2001, as the Bolts' bid for a three-peat is on life support. Talk about pressure!! If the Avs let this thing get back to Tampa, all bets are off!

As for the Lightning's chances of rallying…I wouldn't put it past them. However, this last stat I'll leave you with isn't a good harbinger.