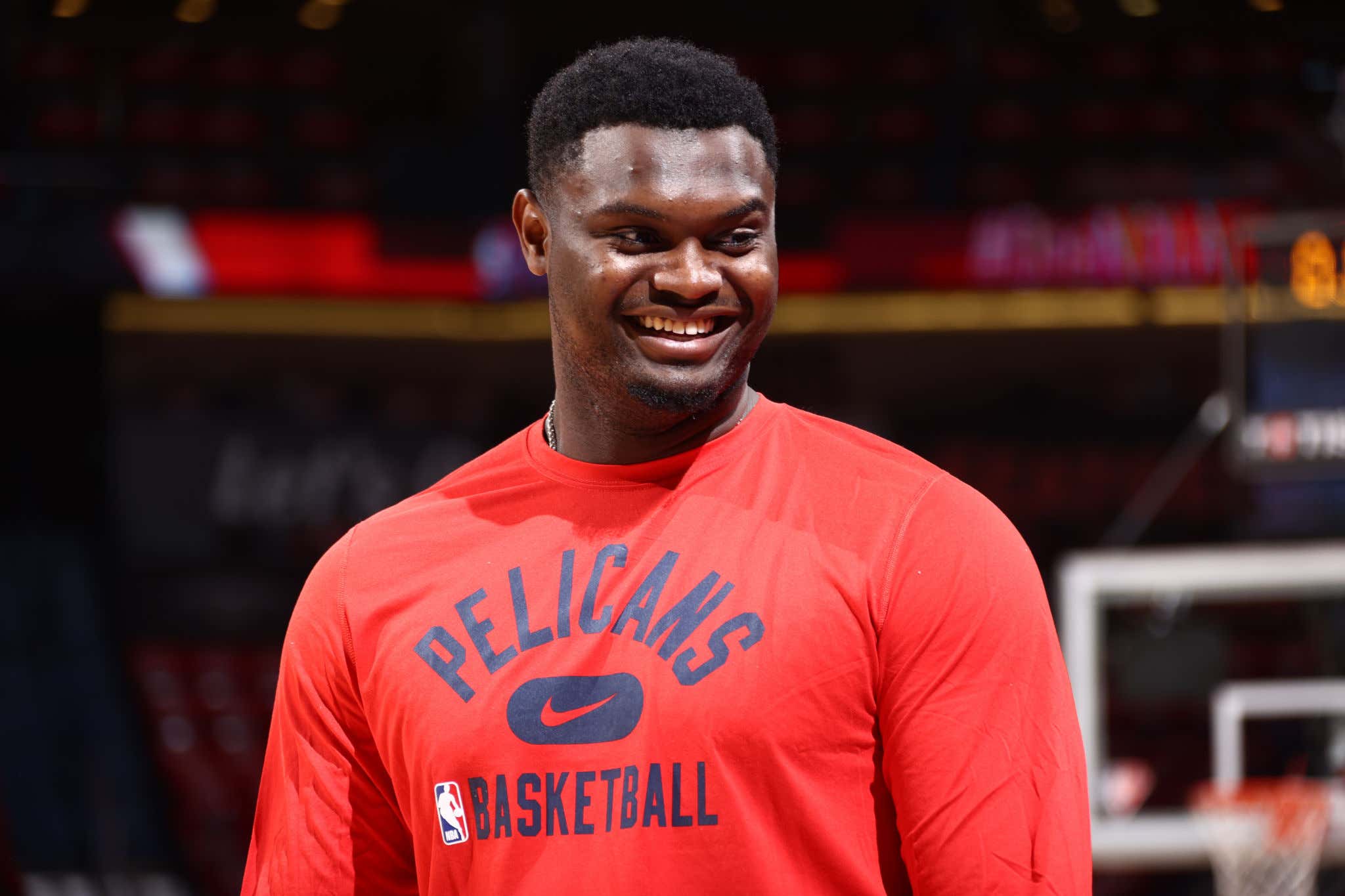 I hope this is coming up for you as well, reader, for the video Zion Williamson embedded on his Twitter page: "The following media includes potentially sensitive content."

Yeah, it's definitely not for all ages. To see a man of Zion's size and power working out with that much intensity, pulling off flawless spin moves as the video quick-cuts for added effect, and then capping off the frenetic 15 seconds with a signature, thunderous dunk? "Potentially sensitive" doesn't even begin to describe it.

How about "absolutely panic-inducing for New Orleans Pelicans opponents"?

Maybe the best part of this whole Zion 2 shoe news (it drops on Wednesday) was the press release on the Jumpman website, which not only implies that it'll help the young phenom stay engaged on the court, but also prevent future injuries:

Like are there some sort of Trion:Z magnets embedded in the soles to help Zion mentally tap into his physical prowess on the hardwood? I'm fascinated.

But for real, it sounds like the Zion 2 is specially engineered to help absorb the force that he can create. That's awesome.

I mean, this is the dude who literally made his fucking shoe explode while playing at Duke, so of course he needs a cutting-edge sneaker design as he continues to mature and get shudders even stronger. He's been moving the needle so much since his college days that Nike shares actually went down during Zion's infamous blown tire.

Zion missed the entire NBA season, and his unorthodox physique  — re: the unusual amount of weight he carries — was a major talking point, as speculation arose that he'd need to physically transform in order to avoid a very premature end to his career. To Zion's credit, he seems to be on a promising path at the minute.

As things stood during the 2021-22 campaign, it looked like the Pels were dead in the water when they started with a 1-12 record. However, they all bought in to what coach Willie Green was preaching, dealt for CJ McCollum around the trade deadline, and pushed the Suns to six games in the opening round of the playoffs.

I thought the Pelicans were being soft by not letting Zion suit up for the playoffs. I'm convinced their trio of Zion, McCollum and Brandon Ingram could've knocked off Phoenix at the very least. Cooler heads prevailed in New Orleans, I'm sure, because now we know for sure Zion will be, ahem, locked in and ready to go with these new shoes helping him stay on the court.