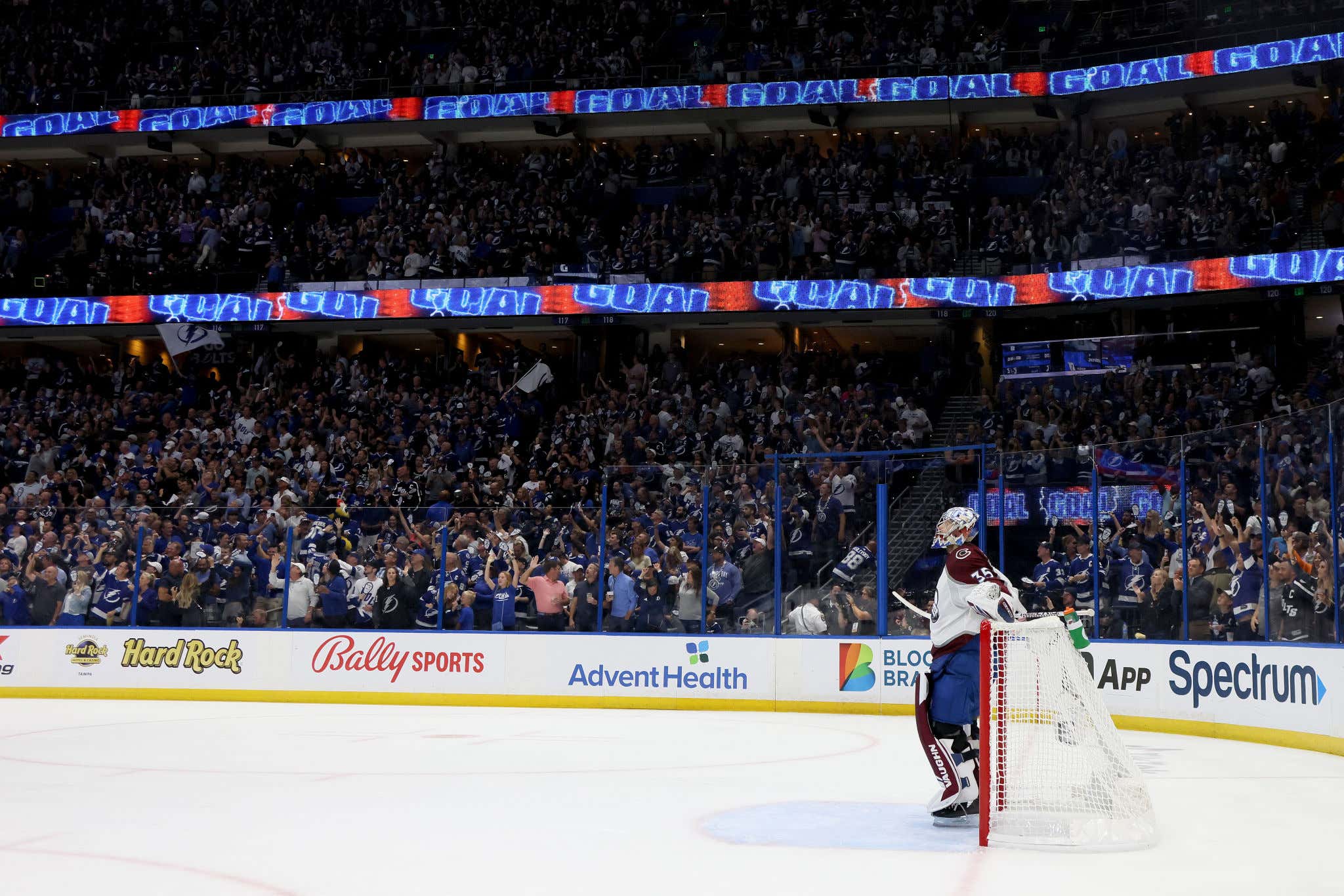 Darcy Kuemper just had a shutout in Game 2, light workload aside, but the Colorado Avalanche goaltender couldn't have had a much worse encore act on Monday. Yes, the Lightning were back home and were in desperation mode to avoid a 0-3 Stanley Cup Final deficit, but the numbers, simple and advanced, say Kuemper definitely could've played better.

Although Tampa Bay had some excellent goals to send Kuemper off the ice in the second period of Game 3 after scoring five times on 21 shots, the Avs netminder isn't entirely without blame here.

There isn't much Kuemper could've done on Steven Stamkos' beauty, nor was there a great chance to deny Pat Maroon from point-blank range when he went to the top shelf.

Still, if Colorado has a weak link, it ain't on offense. Not that Kuemper is bad. I cape and get the fuck down with Darcy Kuemper as much as anyone. It's just that his backup, Pavel Francouz, has gone 6-0 in the postseason subbing in for Kuemper when he's been sidelined by injury.

Francouz let in a power play goal by Corey Perry on only the second shot he faced on Monday, so I mean…it's not like Colorado really has a good answer for the white-hot Bolts tonight. I just think, depending on how the rest of Game 3 plays out, or possibly regardless of how it does, Avs coach Jared Bednar will have a tough call to make the next time out.

Can Kuemper shake off a cage-rattling start? Or does Bednar turn to a man in Francouz who hasn't lost during these playoffs for a change of pace as the Avalanche bid to take a prohibitive 3-1 series advantage? That'll be the most fascinating subplot entering Game 4 — barring a miraculous Colorado comeback, of course.

Watch the game along with the Chiclets guys if you aren't already.