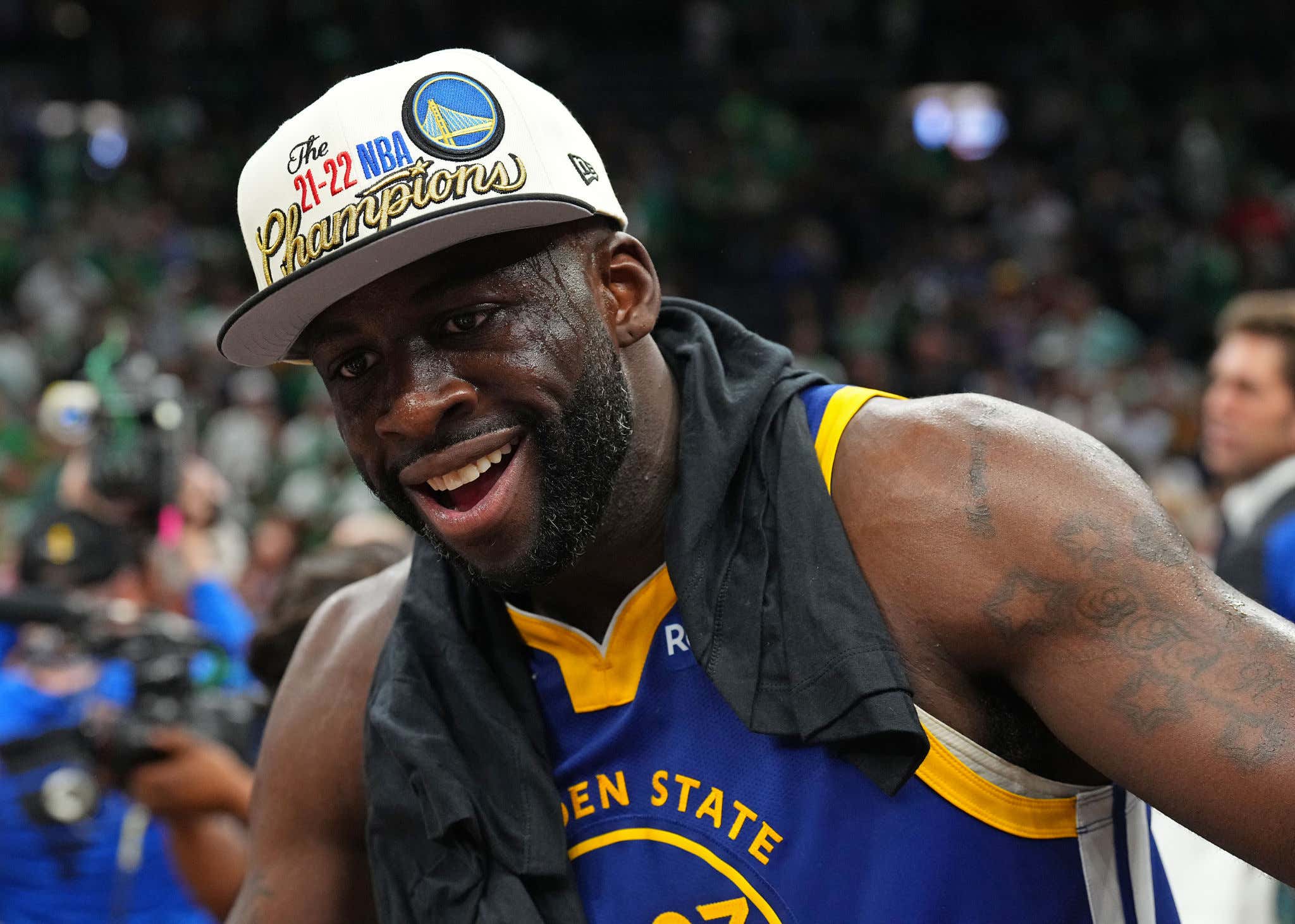 I had to bury the lede just a bit to illustrate how hilarious it was that the NBA TV footage cuts away right as Draymond Green is about to profanely cap off his expert oratory performance at the Warriors' championship parade. They didn't want that mic drop moment in there I suppose, but really, Draymond is a testament to the power of not giving a flying fuck about what anyone outside Golden State's locker room and fan base thinks about him.

You can see the soundbite from the headline in that last video, and there's a fun little quote in that first one, but the NBA TV clip is longer. Green spells out why each championship journey is so unique, and how even at this later stage of his career, he's almost more excited for the guys who haven't won the Larry O'Brien Trophy before than he is for himself.

There's that cliche of "You hate the guy, but you'd love him if he was on your team" or however you want to precisely phrase that sentiment. Draymond Green is one of those players who is so unlikable that you start to question whether or not that'd be true. Or at least I do. This triggered me to go down a rabbit hole so please join me on one of the most underrated "what if?" scenarios in NBA history. I'll plug some Warriors championship merch and a funny piece of Draymond swag before getting into it so I'm not being completely self-indulgent.

I'm a Cavs fan. Back in the 2012 NBA Draft, I remember hoping Cleveland would draft Draymond. I shit you not. I'm not just saying that to pay off some decade-long delayed gratification for clout. I remember it vividly. The Cavs had the 33rd AND 34th picks near the top of the second round.

I swear to every fucking higher power in the multiverse that this is true: Cleveland traded 24, 33 and 34 to Dallas for the 17th pick. There were two other insignificant players involved in the package that don't matter. That was the exchange of draft capital, though. Guess who the Cavs drafted with No. 17 overall selection? Tyler Zeller.

Are you KIDDING ME!?!? I had never been so livid as a sports fan in my entire life. The rest is history. I sit there and watch as the guy Cleveland could've had, Draymond Green, goes off the board at 35th to the Warriors. Had the Cavs just stayed put, they would've had not one, but two chances to draft Draymond in Round 2. UGHHHHHH. You'd think GM-at-the-time Chris Grant couldn't do worse than that. He went on to pick Anthony Bennett first overall in the 2013 draft. Absolute clown show.

Imagine what LeBron's Cavs comeback could've looked like with Draymond possibly on the team.

So I say all that to set this up. Even IF that Sliding Doors scenario broke another way and Draymond went to Cleveland, I still don't know if I'd even like him. Well, at least I did feel that way until this latest Warriors Finals run, and when he started up his own podcast to give a little more insight into who he is.

With the amount of shit this guy deals with on a regular basis — much of it self-inflicted, but still — I'm amazed he can even function. I get that you adapt to circumstances no matter what they are. Nevertheless, Draymond is who he is, isn't apologizing for it, is an absolute grinder and has willed himself into one of the best all-around basketball players of his era. It's led to four NBA championships. So yeah Dray, say whatever you want to say!!