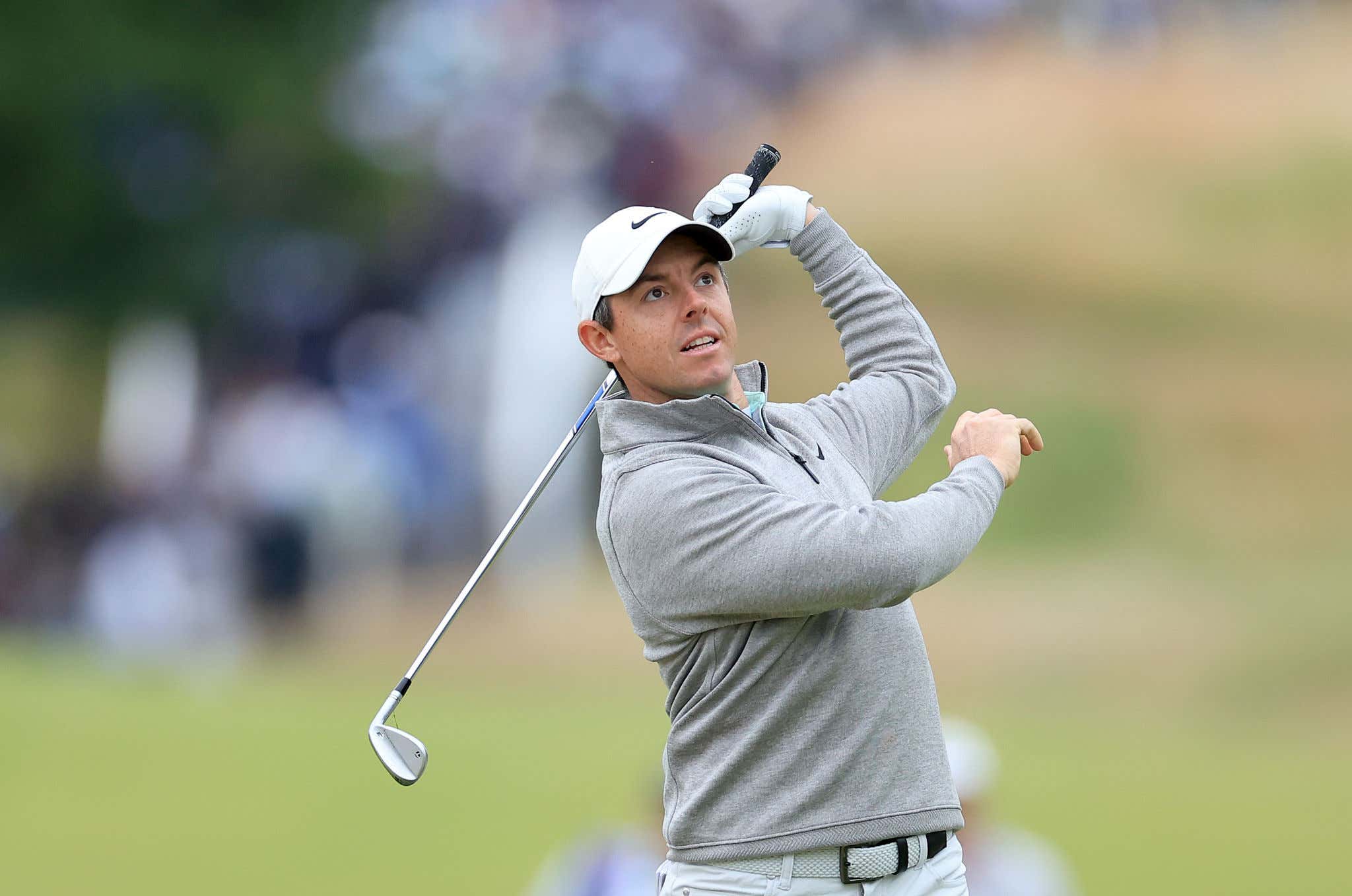 Damn, Rory McIlroy. First it was the tease of the career Grand Slam with a second-place finish at the Masters. Then you go make a double and a triple bogey on PGA Championship Saturday, rattle off four straight birdies early in the final round, and wind up finishing only three shots back.

At the U.S. Open, it was more of the same heartbreak for Rors, who last won a major at the 2014 PGA. Three birdies on the front nine were offset by three dropped shots, and he finished four strokes behind Matt Fitzpatrick. HOWEVER, if there were ever a time for taking positives from another high finish on the big stage, it would be now. With The Open Championship on the horizon, McIlroy has opened as a +800 favorite. 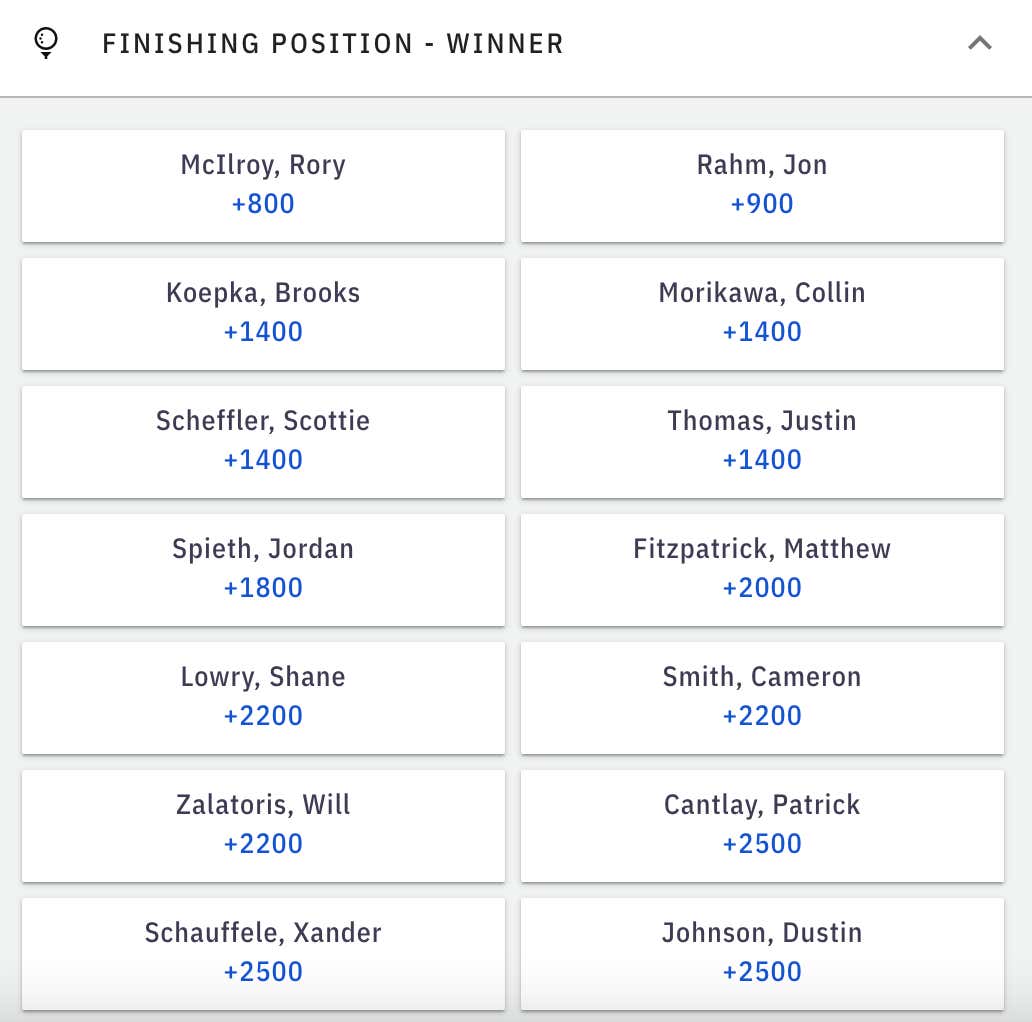 I know everyone's gonna be thinking more about Willy Z and his missed putt on the 72nd hole that would've forced a playoff with The Other Matt Fitz. Understood. Zalatoris is solid value at +2200 and will have his day of major glory, but I don't think it'll be this year. Nope. I'm vibing Rory to hoist the Claret Jug for the second time in his storied career.

Aaaaand guess where The Open is being played? The Old Course at St Andrews, baby. For someone who drives the ball as sensationally as Rory does, this is the absolute dream venue. He could be putting for eagle on a pretty regular basis, depending how aggressive he wants to be attacking some of these par-4s.

Rory's game may be in the best all-around shape it's ever been in. The U.S. Open is brutal when it comes to thick rough and tee shots that don't find the fairway. At The Country Club, Rory simply wasn't sharp enough and was often playing for position by hitting 3-wood instead of driver, yet still finding himself in gouging plenty of approaches out of the tall stuff.

Most encouraging is that Rory led the field in strokes gained: putting (+9.83). You might say, "Oh he won't do that again!" but that'd be missing the point. He was rolling the rock extremely well in his victory at the Canadian Open the week prior, and ranks fifth on the PGA Tour in overall putting average this season. He's usually ranking somewhere among guys fighting to keep their tour cards.

St Andrews last hosted The Open Championship in 2015. McIlroy would've been the defending champion if not for a freak ankle injury he suffered playing a casual game of football/soccer. We were robbed of a legitimate back-to-back bid, because the first time Rors teed it up in an Open at the Home of Golf, he began the 2010 championship with an electrifying round of 9-under 63.

Inexperience to that point, a high-ball style of ball-striking that translated better stateside and some luck of the draw came back to bite McIlroy. He proceeded to shoot 80 in Round 2, yet he still finished tied for third even after that blow-up. All of this was a sign that something big was coming for the Northern Irish prodigy. Sure enough, he's a four-time major-champion who's reigned atop the world rankings and now sits second behind only Scottie Scheffler.

I was probably most impressed with how well Rory held it together at the U.S. Open in Saturday's round of 73. The course was playing so tough, Rory hit only seven of 18 greens in regulation…and somehow didn't shoot himself out of the tournament. That resolve and ability to dig deep weren't always strong suits of McIlroy's game. I'm convinced more than ever now that it's become a strength of his. I've said this before, but the dude has won pretty much every meaningful golf tournament in the world save for the Masters and, I suppose, you could argue the Jack-hosted Memorial. At least personally, it would fuck with my head if I'd accomplished all that by age 33 and was having all these near-misses at huge events regularly.

So yeah…a lot of Open fortune or misfortune depends on the weather and which side of the draw you're on. With a much more diverse game, much-improved control with his wedges and flat stick and a continued evolution of his phenomenal driving ability, Rory has all the tools to take home the trophy at St Andrews this time around.

Rory has had three top-five results at The Open Championship since his triumph in 2014 at Royal Liverpool. I don't think any tracks on the rota set up much better for him than St Andrews. I'd highly advise you to (responsibly) ride Rory +800 to win The Open.