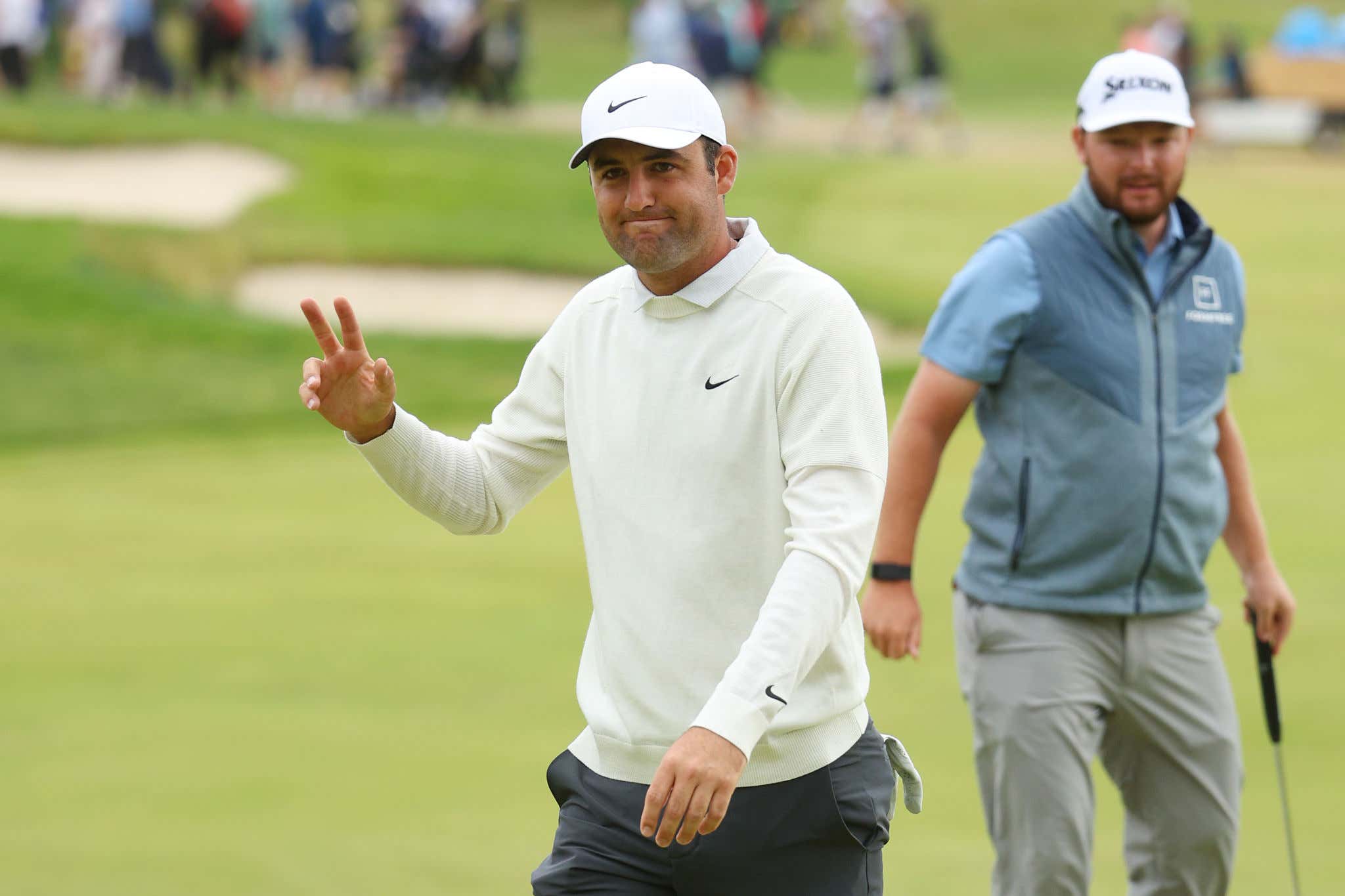 Reigning Masters champion Scottie Scheffler has already won four times this calendar year to vault to the top of the world rankings, and apparently, dude isn't satisfied with a green jacket and a few other pieces of hardware. He's coming for that U.S. Open, too.

Minutes removed from Patrick Rodgers' greenside chip-in for eagle that created a four-way tie for the lead, Scheffler had some magic of his own in store with an absolutely filthy, perfectly controlled wedge that found the bottom of the cup on No. 8:

Six under par for the championship. At a major where pars are at such a premium, it's especially rare to see an eagle, much less two from the same guy in consecutive rounds.

Here Scheffler was yesterday at the par-5 14th, hacking his way out of the thick rough and making an eagle to kickstart what was a mostly sluggish beginning to his quest for another massive victory:

Scottie is a pretty soft-spoken guy who seems to keep to himself. Not the most electrifying personality. His swing and footwork are kinda ugly and unconventional, but damn can this man golf his ball.

We might see Scheffler fuck around and win a second major of 2022. Given how steady he tends to be with his short game and putter, if the 25-year-old keeps striking the ball like this, he'll be a hard man to beat come Sunday. He went out in 3-under 32 this afternoon and needed only 11 putts on the first nine holes. Obviously that eagle from 100+ yards out helped the cause, as he now leads the field in strokes gained: approach at +9.99. That's just SICK.

It's a pretty stacked leaderboard, so I hope Scheffler falls back a little bit or someone like Collin Morikawa challenges him to make tomorrow more suspenseful than his Masters triumph. He won by three at Augusta despite a double bogey on the 72nd hole.