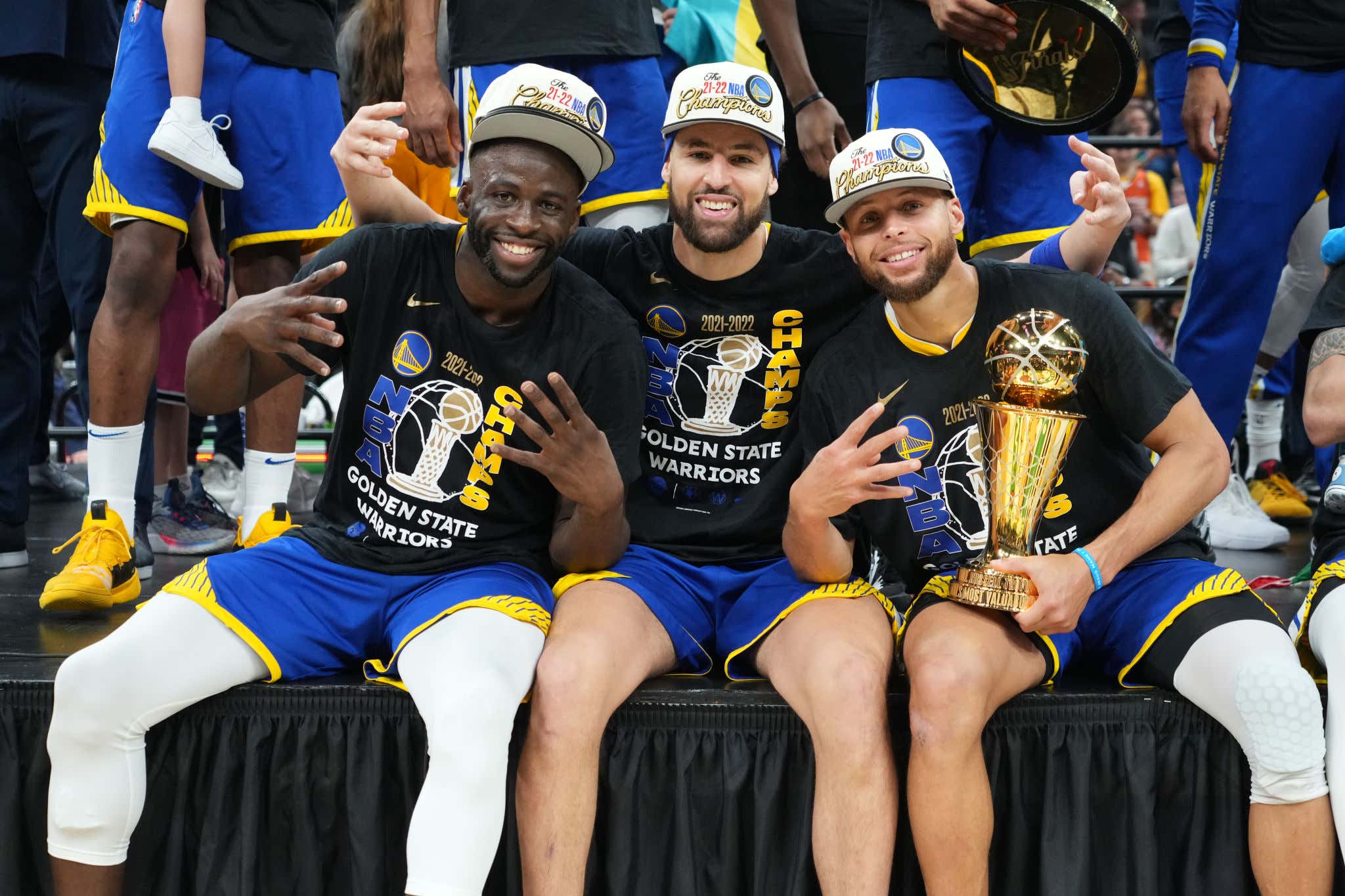 Listen, do you think I enjoy blogging the Warriors right now? This is my hell, but my hands are tied. If they are going to keep doing blogworthy shit, I have no choice but to blog it. We've seen Steph, we've seen Klay, and if you thought Draymond was going to sit this out well you my friend are living on a different planet. May I present to you this tweet

Seems innocent enough right? Maybe kind of random? Not if you've been paying attention. You see, in Game 1 when the Celts were in the midst of a 40-16 (sigh) 4th quarter comeback to take an early series lead and steal homecourt (sigh), a certain someone hit send on this tweet

Now, was KD wrong? No. That run by the Celts absolutely happened because they played the game of basketball at a very high level on both ends of the floor. Sure it ended up all being for nothing (sigh), but it was true in real time as we were watching that game unfold.

15 days later as the current NBA champion, Draymond showed the world that he clearly didn't forget. On some level, I respect that. All of these Warriors remembered the slander. Draymond and KD obviously have their issues and history, which is what makes that tweet so great. I think it goes without saying that the Warriors might go down as the pettiest NBA champion of all time. If you're going to talk your shit to them or about them, you better fucking pray someone knocks them off because if not, they are coming back 10x harder.

You could say that maybe Draymond should just let this stuff go and enjoy his title. Fuuuuuuck that. I would never do that if I ever became an NBA champion. Especially when it was my play that helped turn the series around, which is true in Draymond's case with Games 4-6. There's been so much talk about the Warriors and KD over the years, there was no chance that Draymond was going to pass up his chance to clap back. They won before Durant and now they've won without him. Moving forward, they are in a much better position to win another title before the Nets even sniff the Finals.

Again, it pains me to enjoy this stuff even a little bit, but I love good shit talking when it's rightfully deserved.