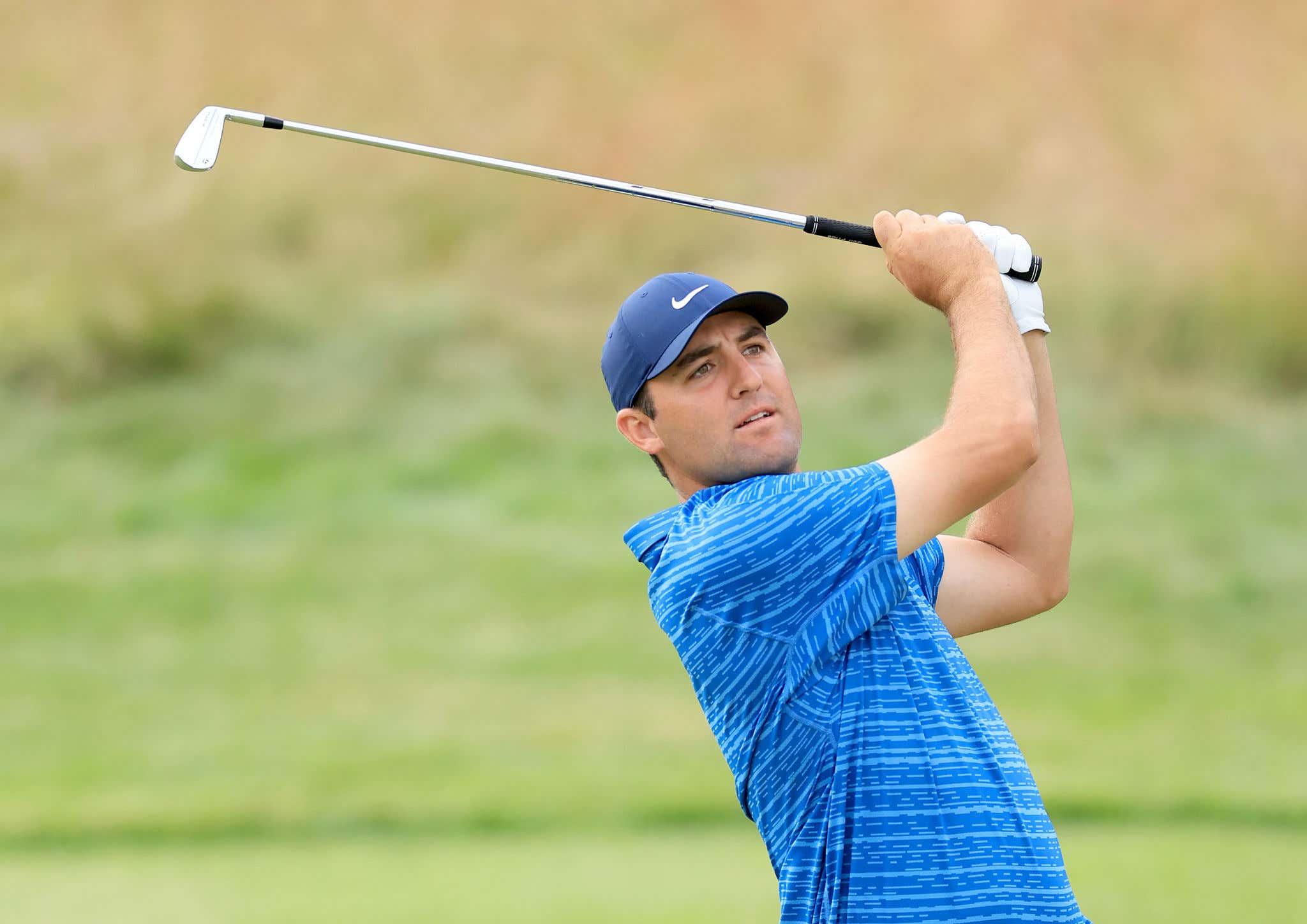 Scottie's BACK, in a big way.

After winning his green jacket and capping off one of the best early season stretches golf had ever seen, Scottie took his foot off the gas a bit. Not like he floundered or played poorly as he went T15-MC-2-T18 in his 4 starts after the Masters, but the one missed cut was at the PGA Championship where everyone expected a lot more from him.

Scottie shot a pedestrian par 70 yesterday and actually found himself falling towards the cutline after bogeying a couple holes on the front. But he righted the ship and caught fire on the back, coming in at 31. His pitch-in eagle at 14 was the highlight of his round.

And he followed that up with another birdie on 16

It's a great example of how quickly things can change at a US Open. Catch a little bit of a heater and you can climb the leaderboard VERY quickly. The same definitely applies to meltdowns. The Hov was fully in contention near the turn today and proceeded to freefall his way right into a flight home for the weekend.

The thing about Scottie is that his game was actually very solid the first 27 holes, ranking 2nd in Strokes Gained Approach at that time. He just wasn't making any putts. Sure enough, he caught a break sinking that eagle pitch in, made a couple putts, and now he's right where he needs to be.

And hell, the field is lucky he's not well out in front. After that back 9, he's gained 6.43 strokes on approach. The next closest guy is Talor Gooch at 4.82. And Scottie's driving the hell out of the ball too, ranking 3rd in the field in that too. It's a tee-to-green clinic, and the putter is just getting going. Scottie Scheffler at +400 is looking pretty tasty to me right about now.

Let's see how things shake out this afternoon.