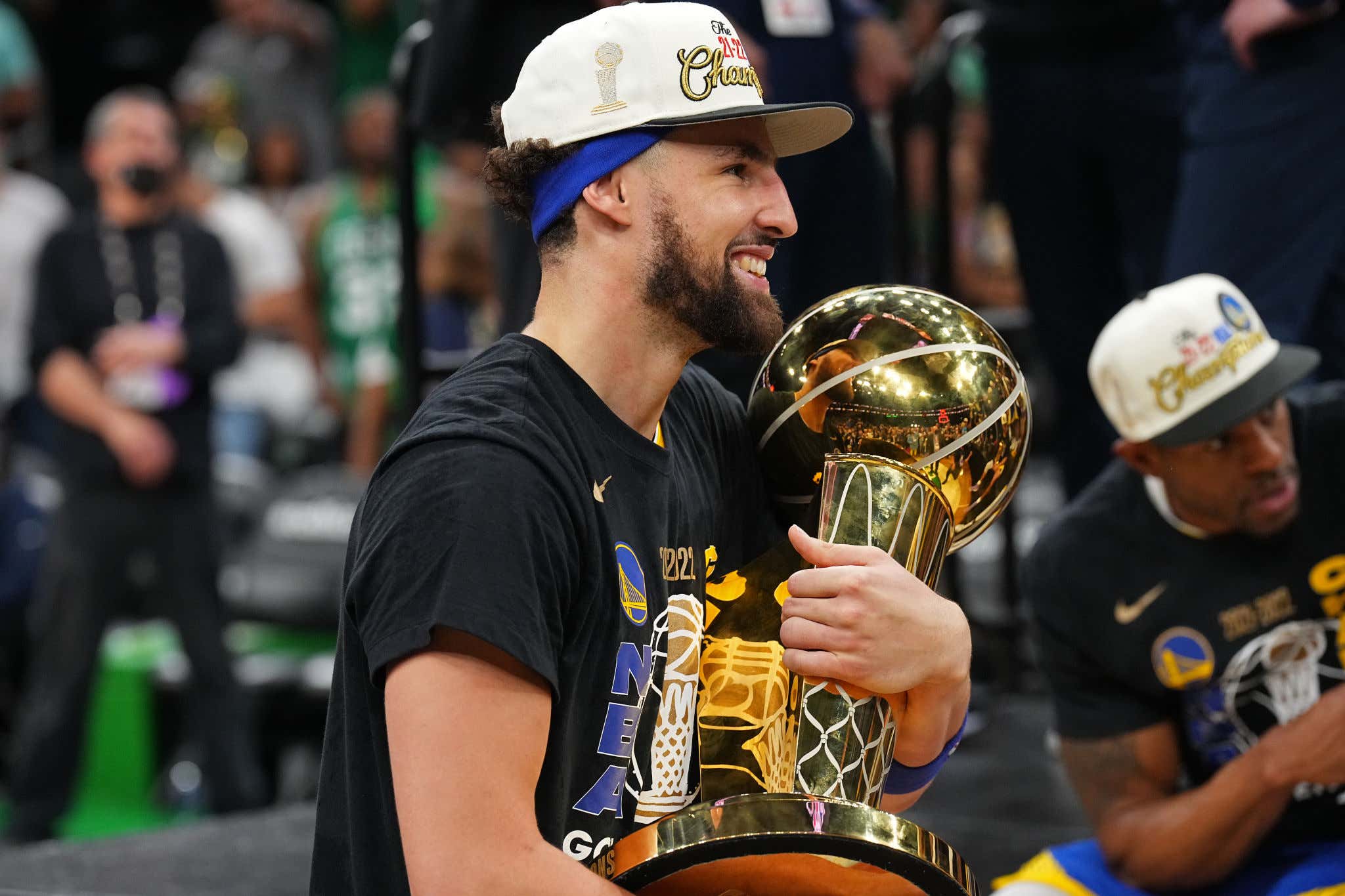 SHEESH Klay Thompson. Always so mild-mannered. Says the right thing. Went through many dark, solitary days aggressively rehabbing from major injuries just to get back onto the court and in position to play in the NBA again.

You can't blame this man for blowing off a little steam, especially with a little bit of booze coursing through his veins after winning a fourth championship. So yeah, unfortunately for Grizzlies forward Jaren Jackson Jr., a certain tweet that read, "Strength in numbers" has come back to HAUNT him.

Context: Toward the end of the regular season, Memphis was going on this utterly insane run with superstar Ja Morant sidelined. Despite having a bunch of non-household names on their roster, the Grizzlies somehow kept crushing it no matter who was on the court. In the aftermath of Memphis' 123-95 blowout of Golden State, Jackson decided to take to Twitter and troll the Dubs:

Ready for how little sense this is about to make? JACKSON didn't even play in that contest. He and Morant were out of action. What's more, Steph Curry had a sprained foot and couldn't play. The Warriors were also resting Thompson, Draymond Green and Otto Porter Jr…I mean what are we even doing here?

Jackson is a fine young player who has emerged as one of the NBA's better rim protectors. Alas, his offensive efficiency has regressed significantly over the past two seasons, and, even as a Grizzly, he apparently doesn't understand the concept of not poking the bear. The Warriors went on to beat Memphis in six games during the second round of the playoffs, too. Apparently that wasn't enough for Klay Thompson.

You go, Klay. I want you to retweet Jackson's initial dig. Respond with a selfie video with you and the Larry O'Brien Trophy. Go nuts.