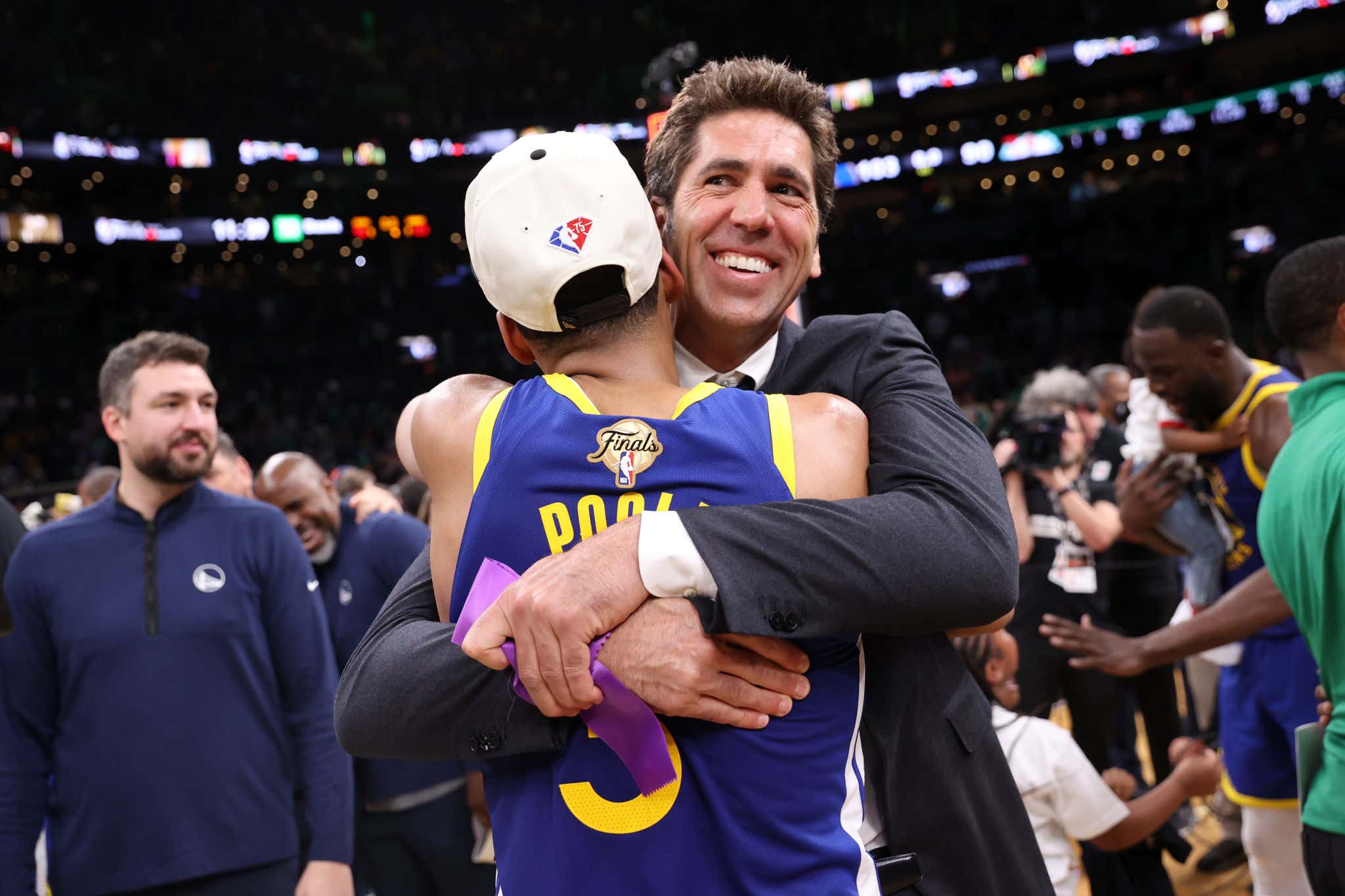 "After four, you learn!"

Ooh, did not know Bob Myers' feet would be the thumbnail on this video. Sorry for all of you who have the opposite of a foot fetish. A foot aversion or whatever. Anyway, pretty straightforward here. The Golden State Warriors general manager joined the NBATV crew after the Dubs clinched the 2022 NBA Finals and explained his unusual wardrobe quite logically.

TO BE CLEAR, Myers was rocking shorts, rather than pants. I know what that headline implied. Saucy, eh?

When the crew first reacted to Myers' getup, I assumed he was already hammered piss-drunk and lost track of his attire, but if you listen to his rationale and how eloquent he was throughout the rest of the interview, everything checks out. While I don't think this man is hurting for money, it's still a smart call to ditch a really nice suit so as not to get it soaked with champagne, or potentially ruined via mob celebration in the locker room.

Myers is wildin' here. I guess you can do whatever the hell you want when you win a fourth championship as a front-office executive. Good on him for sticking with Steve Kerr through a couple of tough years while Finals MVP Steph Curry and especially Klay Thompson were sidelined for significant chunks of time due to injuries. The Warriors kept their core of Steph, Klay and Draymond Green together, added some key pieces and now have the Larry o'Brien Trophy in tow for the fourth time in eight years.