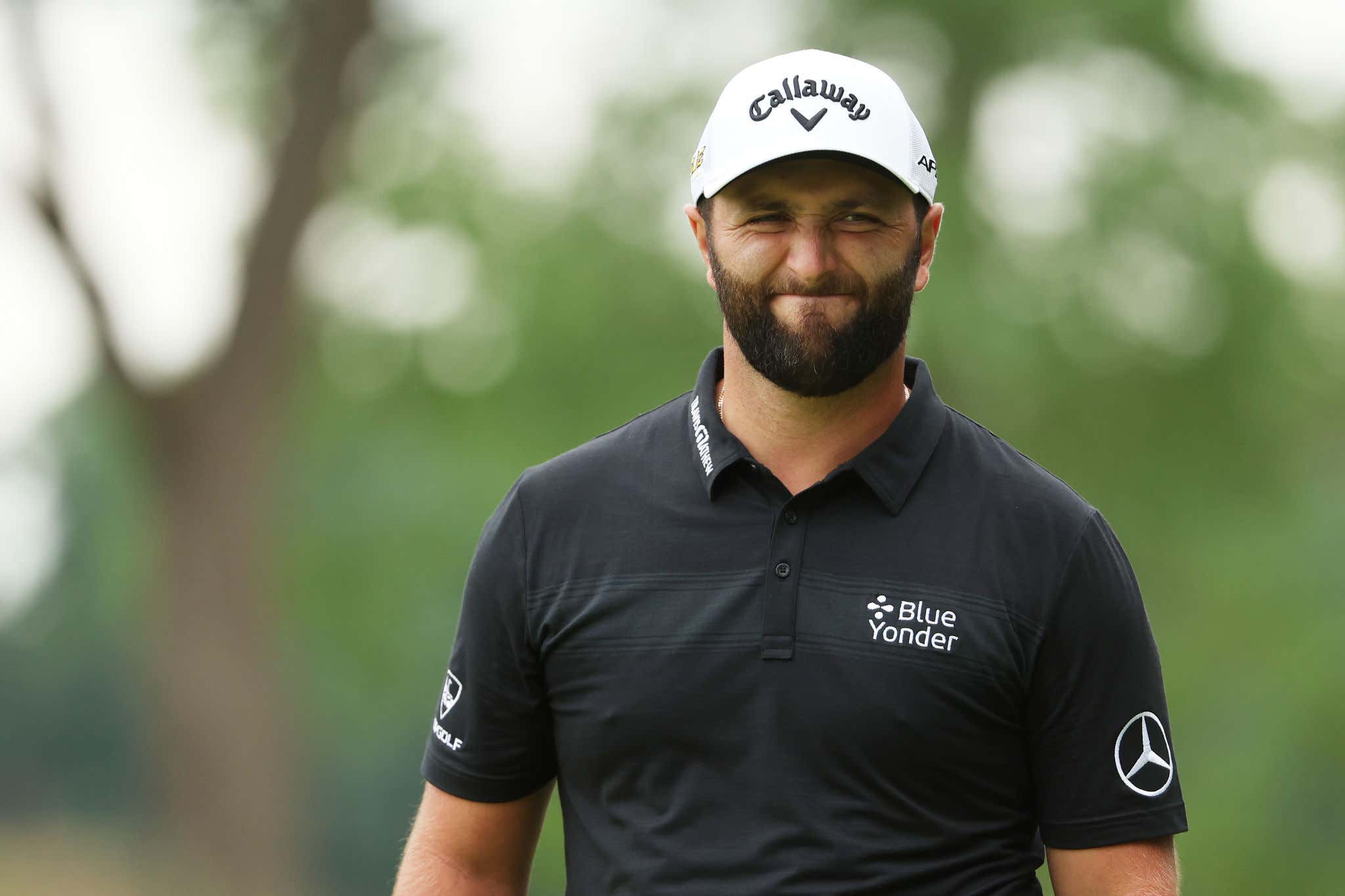 You might view Jon Rahm's birdie putt on the 18th hole as an impressive, ideal finish at face value, but the events that preceded his final stroke in a one-under 69 to begin his U.S. Open title defense make it all the more incredible.

Rahm actually led the field in strokes gained: off the tee on Thursday. You'd never know it based on the double-cross, wayward drive he hit down the last. Or more accurately, Rahm appeared to hit it close to an entirely different hole, which is why, presumably, some unsuspecting fans deemed it appropriate to scoop that ball up and bail.

Check out what he had to say about getting relief after the whole saga was finished (via the New York Post):

“I am 100 percent sure I saw the two kids that stole it. Somebody — I’m pretty sure I know who it was. I recognized the two kids that were running the opposite way with a smile on their face. […] I’m just really happy somebody spotted the ball first. We knew exactly where it was. Off the tee I was comfortable. I was past all the trees…After the free relief, I had 135 yards to the pin, in an area where the rough wasn’t that thick. I don’t think they expected anybody to hit it there or be around there, so I was able to drop it in an area that was a little downgrain, and I wasn’t in jeopardy of carrying the bunker. That wasn’t really a concern.”

Please view the video below for full context of Rahm's wild-ass tee shot.

Last year's champion at Torrey Pines loves to hit a stock baby fade with his driver, and from the looks of it, was going for that here and just didn't pull it off. Thankfully, by rule, he was given a free drop on a miss that would've cost any of us plebeian hackers a stroke for going out of bounds. But hey, that's what they're the pros and we're the Joes.

To Rahm's credit, as he said, he gathered his composure, had a clear opening just next to sort of man-made obstruction on his approach shot, and wound up canning the putt.

Golf is a funny game. I mentioned how Rahm led all players off the tee in the opening round. Well, as of this writing, he tied for 100th with 31 total putts. Couldn't get anything going on the greens. Moral of the story: If Rahm can block that drive on 18 out of his mind, and get a few more to fall with the flat stick, we could be looking at a back-to-back U.S. Open champion for the first time since Brooks Koepka pulled it off in 2018.