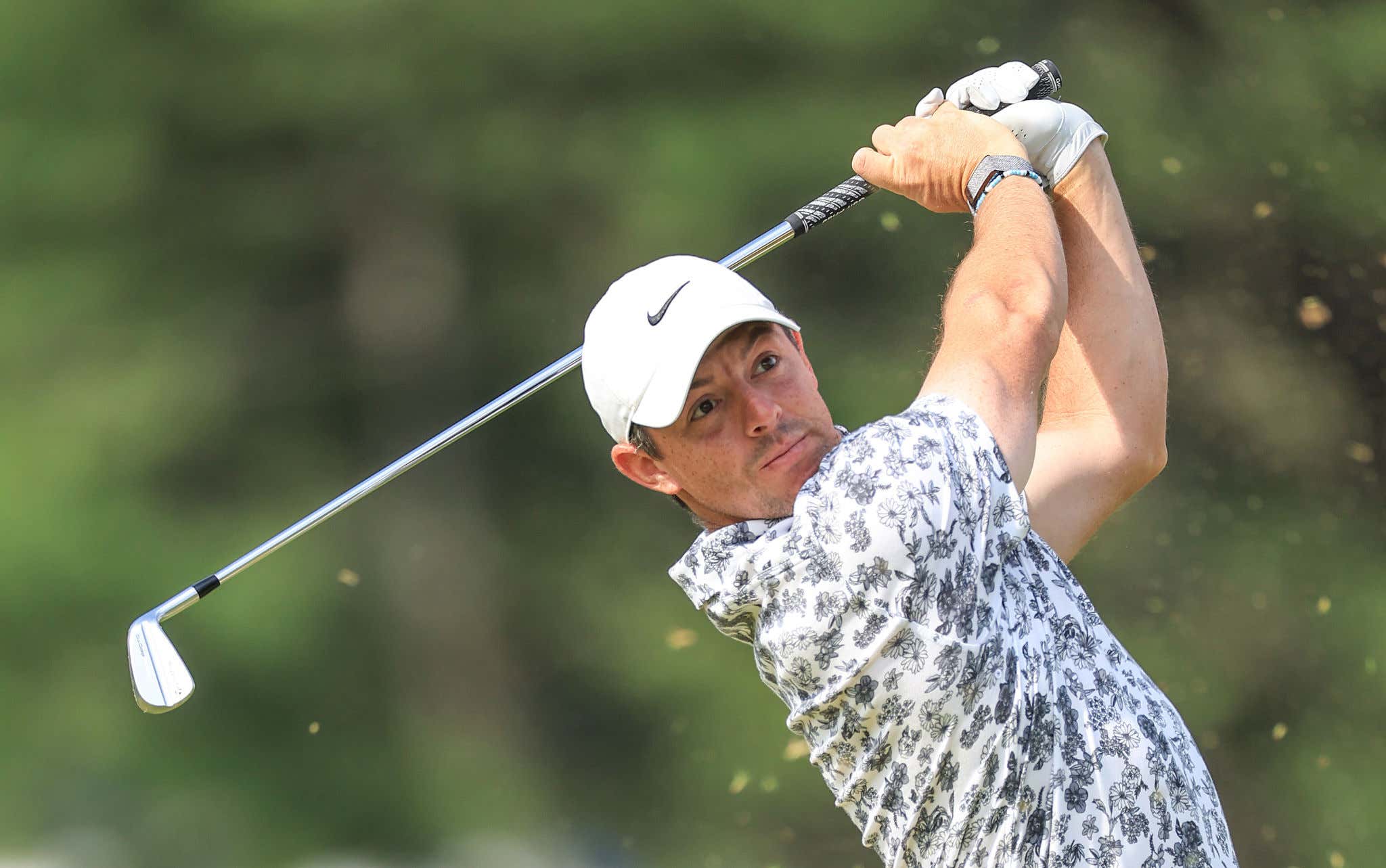 What else can you say about Rory McIlroy right now? The guy is absolutely dialed in. Start up a rival golf league and threaten the team he's on and the guy will rip the tongue right out of your throat.

We're starting to see the guy who was ripping off majors left and right early in his career. Rory played a near perfect round, only bogeying his final hole after short-siding himself at 9. Plus he was making putts and scrambling for tough pars, as my associate Matt Fitzgerald covered beautifully here:

Yeah, I know it's only the first round and he basically did the same thing at the PGA, but this is a guy who has struggled with opening rounds at majors in recent years. If he can just put together a halfway decent performance the rest of the way, it's gonna be tough to beat him. Especially at a tournament that has guys dropping like flies over 72 holes.

Most importantly, Rory seems to have found that alpha energy that has eluded him for so many years. He showed that in a big way last week out-dueling JT and Finau at the Canadian Open and he's showing his teeth again. Opened as the tournament favorite at +900 and he's already cut that in half, currently sitting at +450 to win his 5th major.

We're off to a great start in Boston. Course is playing tough and -3 67 was the lowest we saw all morning. And by all accounts, today is the easiest the conditions will be this week. The field is averaged over a +2 72 in the morning, so that means #carnage.