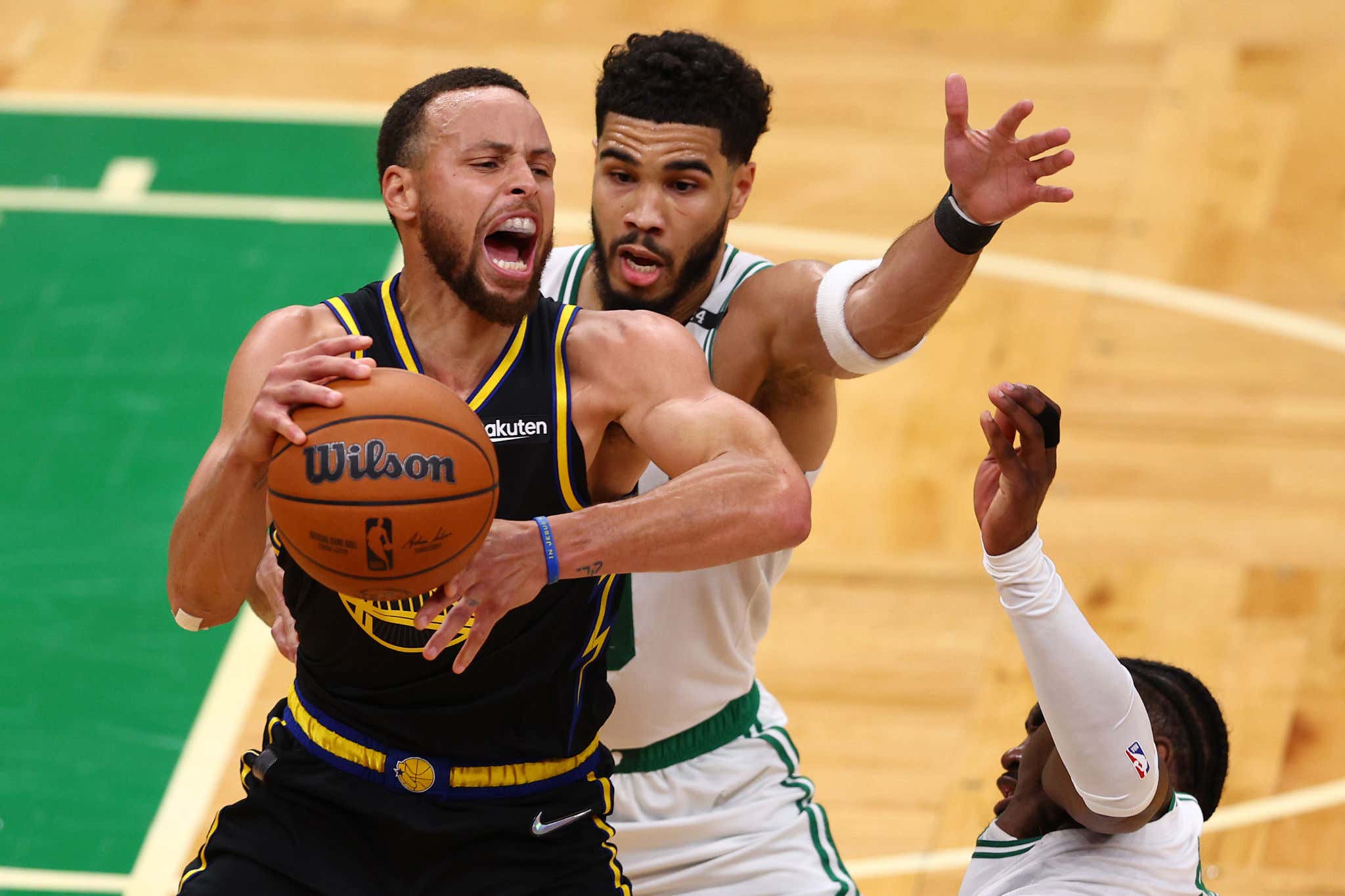 It's crazy to think that only two games ago, the Boston Celtics were up 2-1 in the NBA Finals, with a chance to push the Golden State Warriors to the brink of elimination in Game 4. Since then, Golden State — who was a +195 bet to win the championship at that time — has taken firm control of the series with consecutive 10-point wins, as the more youthful, inexperienced Celtics have struggled to adjust.

Thursday's Game 6 is at TD Garden in Boston, where the C's will hope to keep their dream season alive. They enter the evening as four-point favorites, and have won seven of eight in the playoffs following a loss, with the only blemish coming in Monday's 104-94 defeat.

Wiggins' will is crushing the Celtics

It goes without saying that you need your best players to answer the bell in a championship series. However, the X-factor that ultimately decides the outcome is a role player who comes into his own. This happened during this Warriors core's first Finals run, when Andre Iguodala won Finals MVP.

Although Andrew Wiggins likely won't do enough to earn that accolade, he's been the difference-maker in Golden State's past two wins. He logged 16 and 13 rebounds respectively, and led the Dubs in scoring with 26 points in Game 5's series-swinging triumph. With +112 odds to go over 8.5 boards, might be time to hammer Wiggins on that. No one has been able to keep him off the glass. Outside of frequent whistles/resulting foul trouble, I don't know why that'd change tonight if Wiggins continues being aggressive.

Giveaways at the core of Boston's problems

Here are some trends to be excited about if you're a Celtics fan. Your team is 3-0 in elimination games; Golden State (+143) is 0-3 in road-close out chances of late. ALSO, with a hat tip to JJ Redick for this data, Boston is 1-7 when committing 16+ turnovers in the playoffs, and 13-2 with 15 or fewer giveaways.

That seems like a pretty low bar to clear, yet the C's continue to make the same mistakes. Al Horford has essentially disappeared as a viable scorer since erupting for 26 points in Game 1. The rest of the frontcourt, which has a distinct size and depth advantage on Golden State, has been MIA offensively for the most part.

So without the big men stepping up, Jayson Tatum and Jaylen Brown have been trying and failing pretty hard at getting to the rim, leading to a ton of downright wasted possessions. Tatum has been historically turnover-prone (95, the most ever in a postseason), and Brown is among the worst dribblers and loosest ball-handlers I can think of among the NBA's high-status perimeter players.

If you like Boston to win tonight, better jump on the Finals MVP futures market for one of the Celtics players. I've been arguing Steph deserves the award for the first time even if the Warriors wind up losing. That line of thinking took a hit when Curry flopped in Game 5, yet it's still a distinct possibility.

If the Celtics' frontcourt isn't going to step up, they need their top perimeter trio to get it together and score more efficiently. That's difficult to do when facing a versatile defensive powerhouse like Draymond Green.

For all his own struggles shooting from the field, Green has almost offset those entirely with his defense on Tatum, Brown and Marcus Smart alone! Smart was the Defensive Player of the Year this season, and he's shot reasonably well throughout the Finals other than Game 2. I don't know what to expect from the erratic Tatum or Brown at this point. Smart is the heart and soul of this Celtics squad, so I like him at Over 15.5 points, as opposed to the higher hurdles for Tatum (27.5) and Brown (24.5).

It had been a rough NBA Finals for me in this space. I generally just shrank from the Warriors too soon. However, got back on track in Game 5 by hitting the Warriors spread and the Under!

Sorry to break this to Boston fans, but I'm riding Golden State. It seems like the Warriors have cracked the code, made the necessary adjustments and managed to cover even with Steph's off night in the last matchup. The Celtics' overall shaky form at home doesn't bode well. I feel like Golden State smells blood in the water and takes care of business tonight in another lower-scoring duel.

The Under is 14-4 in the last 18 meetings between these teams, which actually means something since they've both had a lot of continuity in that span. I'm riding that. If you want to fade that trend, hit up Barstool Sportsbook's exclusives section for the Overs Club special.