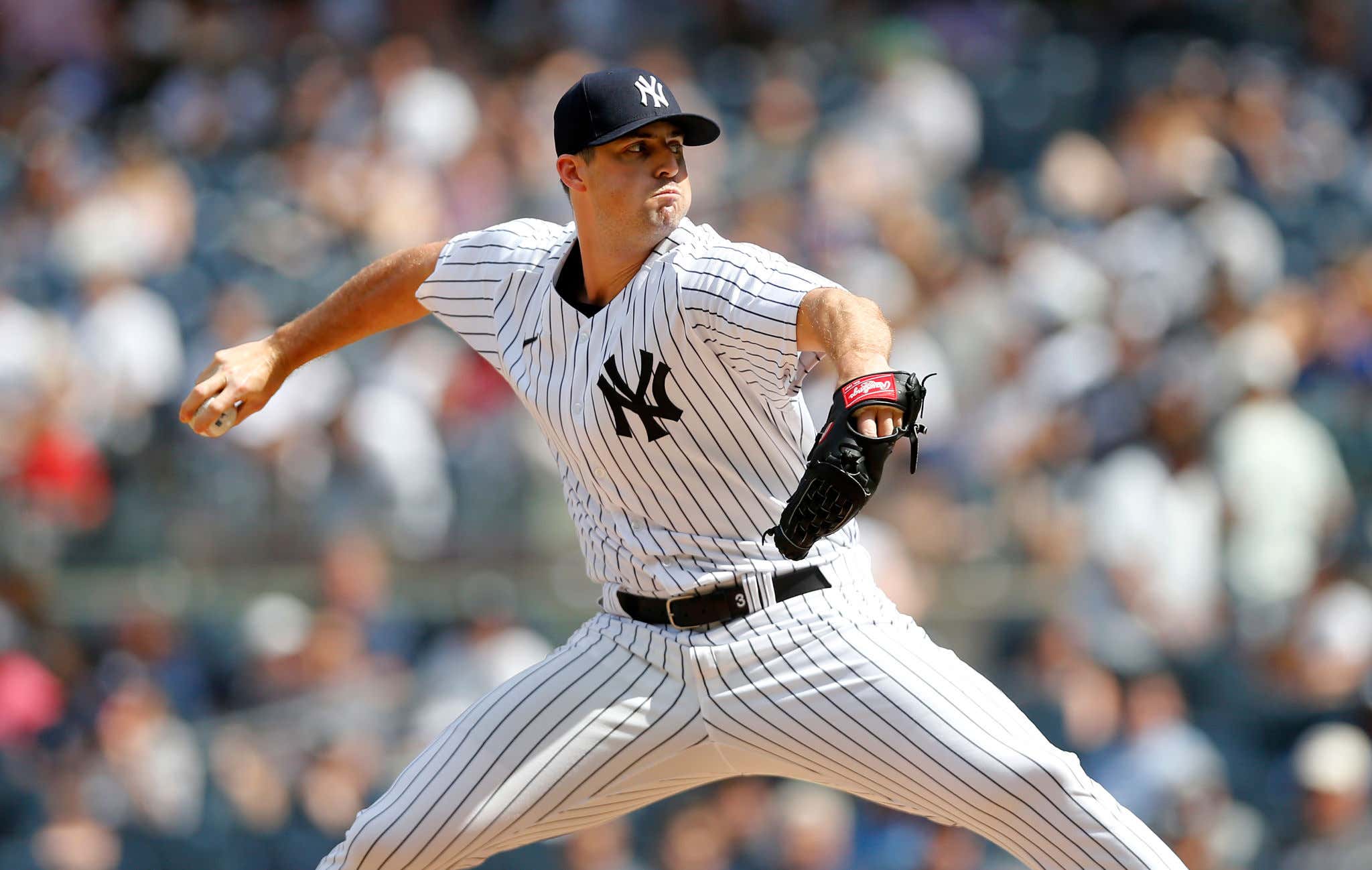 The New York Yankees are an absurd 30 games over .500 just 62 games into the season. It's a start no one saw coming maybe besides the players in that clubhouse, but my god has it been awesome. Yes Aaron Judge has 25 home runs. Yes the starting rotation as performed masterfully 1-5. Yes, Jose Trevino has leap-frogged from a reserve position to the starting catcher and been stellar all around. But a guy who deserves a ton of recognition, however, is Clay Holmes.

What Clay Holmes has been able to do while the team deals with injuries to the pen such as Aroldis Chapman, Jonathan Loaisiga, and Chad Green has been invaluable. The calmness this man has brought to me in the 9th inning or any crucial moment he's on the mound has been therapeutic.

For YEARS I've dealt with immense anxiety and panic when Aroldis Chapman has toed the rubber trying to nail down a save. His overall number are very good, but the moment a runner gets on with him in a tight game I want to evaporate. Anyone with a brain can see he's been a shell of himself in 2022 and only getting worse. Yes he was dealing with an Achilles injury, but I still don't feel comfortable with that man deciding games for this team. Not when they're in the position that they are right now.

Clay Holmes came over last year in a trade for Hoy Park with the Pirates. At the time Holmes was a middle of the road reliever with control issues. That trade at first glance really wasn't much at all, but my lord did Cashman pull a rabbit out of his hat.

The Yankees saw his sinker and thought they could weaponize it. Since coming over from Pittsburgh, Holmes has entirely ditched his four seam fastball and cutter. His sinker usage stands at 80.4%, way up from 47% in 2018 and 51.6% in 2019. While his slider is around 18%. He's become a two-pitch pitcher and the results have been out of this world.

Look at the improvement from 2019 analytics… 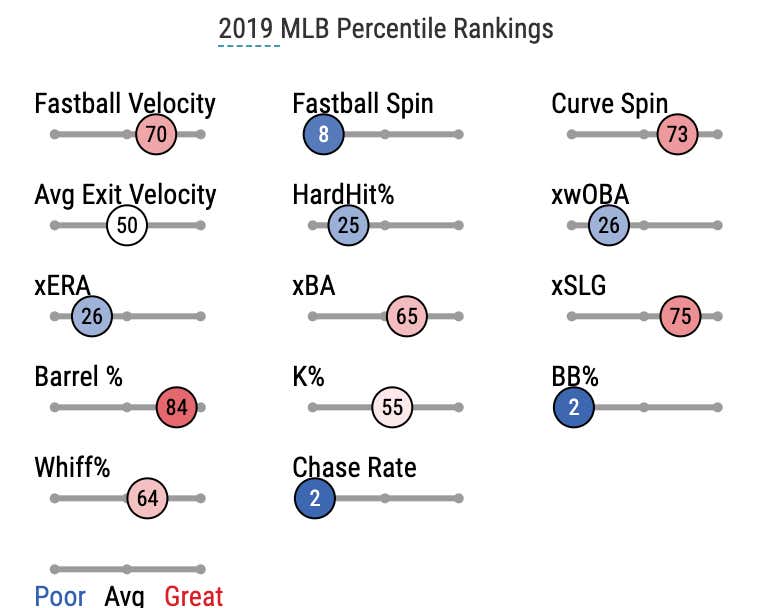 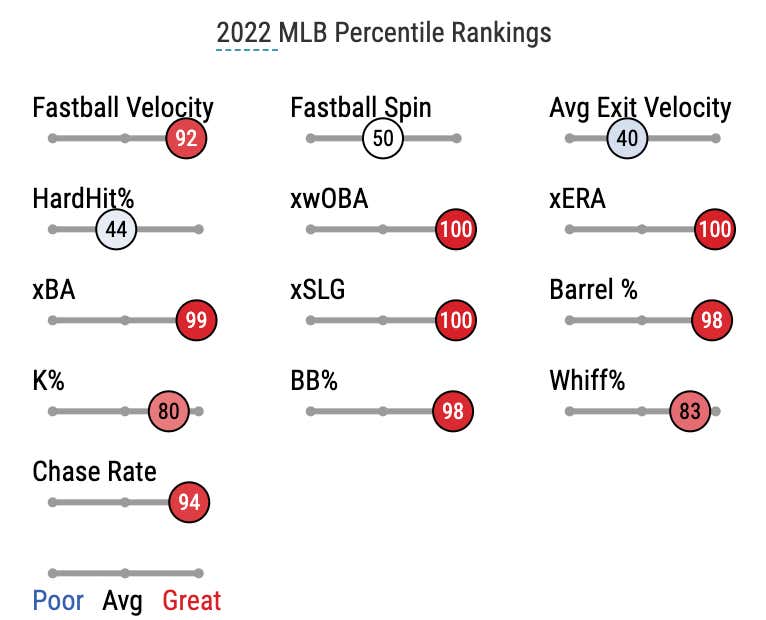 Clay Holmes has not given up a run since April 8th —that's 30 consecutive scoreless innings. His 28 straight scoreless appearances having him tied with someone named Mariano Rivera for the most in Yankees history. His ERA+ (which adjust for the impact a home ballpark has on a pitcher) is 1298…. league average is 100 by the way. It's insanity what we're watching here.

Those are highlights that make you question how anyone hits a baseball.

Aaron Boone spoke to the media yesterday to give up an update on Aroldis Chapman's rehab. He seems to be making some good progress and shouldn't be too far away from joining the team. The big question remaining is what happens when he returns.

Now I'm choosing to not overreact to those words simply because Boone doesn't need to show his hand right now since Chapman is still rehabbing. The fact of the matter is that Clay Holmes is this team's closer now and into the future. Unless he's been used two days in a row and is getting overworked there's no scenario where Chapman is shutting the door against the game's elite. I trust that common sense will prevail here.

To some the closer role has become archaic, but if it ain't broke don't fix it. Part of the reason the Yankees are this good is because they don't blow games late. Holmes nailing down the very end is obviously a big part of that equation. Keep him there. You can mix and match the rest to navigate the other crucial innings. It takes a certain mindset to close out baseball games and Clay Holmes has it. Another aspect of Holmes over Chapman is his ability to hold down the run game. If a decent speed guy gets on first against Chapman he's basically on second base automatically. If he's not stealing he's guaranteed to be stealing enough attention away from Aroldis that it impacts his current at bat. That's where the circus starts. You don't get any of that Clay Holmes as your closer. He's quick to the plate, keeps his cool, and has control of his disgusting pitches. My closer. The difference in vibes when Clay comes in compared to Chapman are on different planets.

The thing is, Aroldis Chapman can provide this team with a role. If he's able to become a 7th or 8th inning guy it would do wonders for the team. Can he adapt to that kind of change? That's the big question we'll have to find out. I mean most closers don't retire closers and as they get older their stuff diminishes and they transition elsewhere in the pen. Be a team player and help where they need it. Loaisiga and Chapman returning to the pen, along with Britton in August will help make this unit a force down the stretch. There's also a few elite minor league options they have, but those would require 40 man moves.

Either way you slice it, you cannot remove Clay Holmes from the close role as it stands right now. It's not even up for debate. Frankly I don't give a damn about hurting Chapman's feelings. Boone better not either.