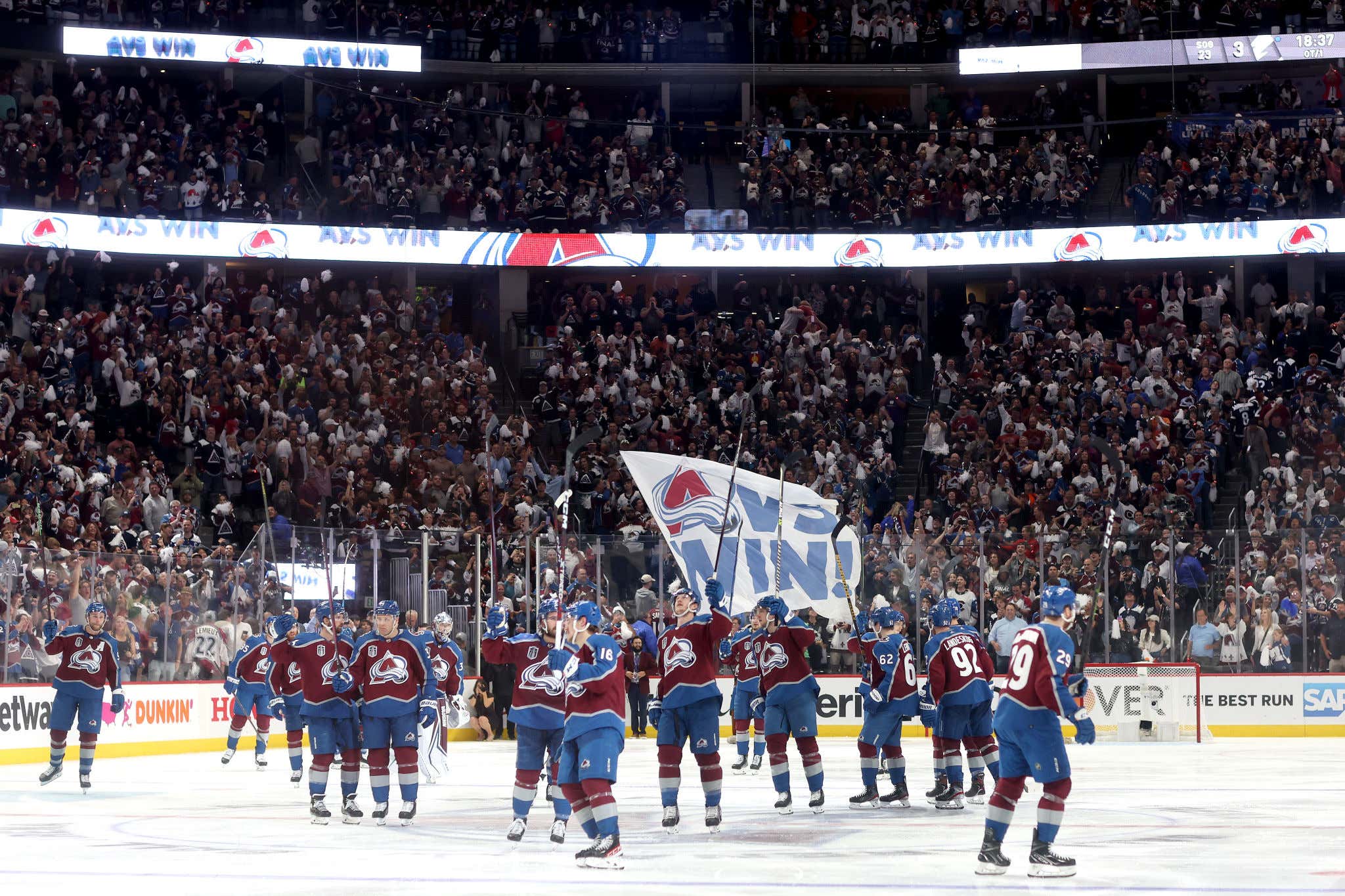 Give the Tampa Bay Lightning credit. They charged back from a two-goal deficit, ground through a tough third period to force OT, and gave the Colorado Avalanche all they could handle. In the end, the fatigued Bolts coughed the puck up in the netural zone, and just 1:23 into the extra period, Andre Burakovsky ripped home a one-timer to seal a 4-3 triumph.

If there were any skeptics who didn't believe this Avalanche-Lightning Stanley Cup Final being an all-timer, those doubts were silenced at least for Game 1.

The better-rested Avs hit the ice with their hair on fire on Wednesday night in Denver. They scored a pair of quick goals to put Tampa Bay in an early hole. Although the Bolts responded to cut the deficit to 2-1, a tough penalty call gave Colorado a two-man advantage and they capitalized to go up 3-1 after one. See the raw footage and judge for yourself if the whistle should've been blown.

It marked the first time legendary Lightning goalie Andrei Vasilevskiy had allowed three first-period goals in his storied playoff career. Again, Tampa spent a lot of energy rallying from 0-2 down in its series against the Rangers, so you can forgive them for coming out a little flat as they got to the final phase of a hopeful three-peat.

But the Bolts weren't going to go down easily. In a 48-second flurry of offense during the second period, they tied up the score. As you might've expected, Nikita Kucherov sparked the rally with a phenomenal feed to set up Ondrej Palat's goal, followed by a seeing-eye wrister from Mikhail Sergachev:

It was merely a matter of the Lightning running out of gas down the stretch more than anything else. Not helping their cause is the fact that Colorado has so much depth across its roster. That only exacerbated the visitors' rest deficit.

We just saw the Bolts lose two straight to the Rangers, only to win the next four. They lost their first game of the 2022 Stanley Cup playoffs 5-0 to the Maple Leafs, and went down 3-2 in that series before winning the last two over Toronto. Between that and their past two championship runs, the Lightning have plenty of experience and resilience to draw on going forward.

Even with all that going for Tampa, though, this Avalanche team looks borderline unstoppable. We should've known once they were up through the first 20 minutes that there was little to no chance they'd look back.

The Avs have lost twice all postseason and got a little overprotective once they gained that multi-goal edge. Plus, Vasilevskiy was brilliant after his rocky start, as the hosts outshot the Lightning 38-23. In the end, once the free hockey started, Colorado wasted little time at all ensuring a victory.

And I'll leave with this stat, which bodes extremely well for Wednesday's winners.

Check out the Barstool Store for some great hockey merch