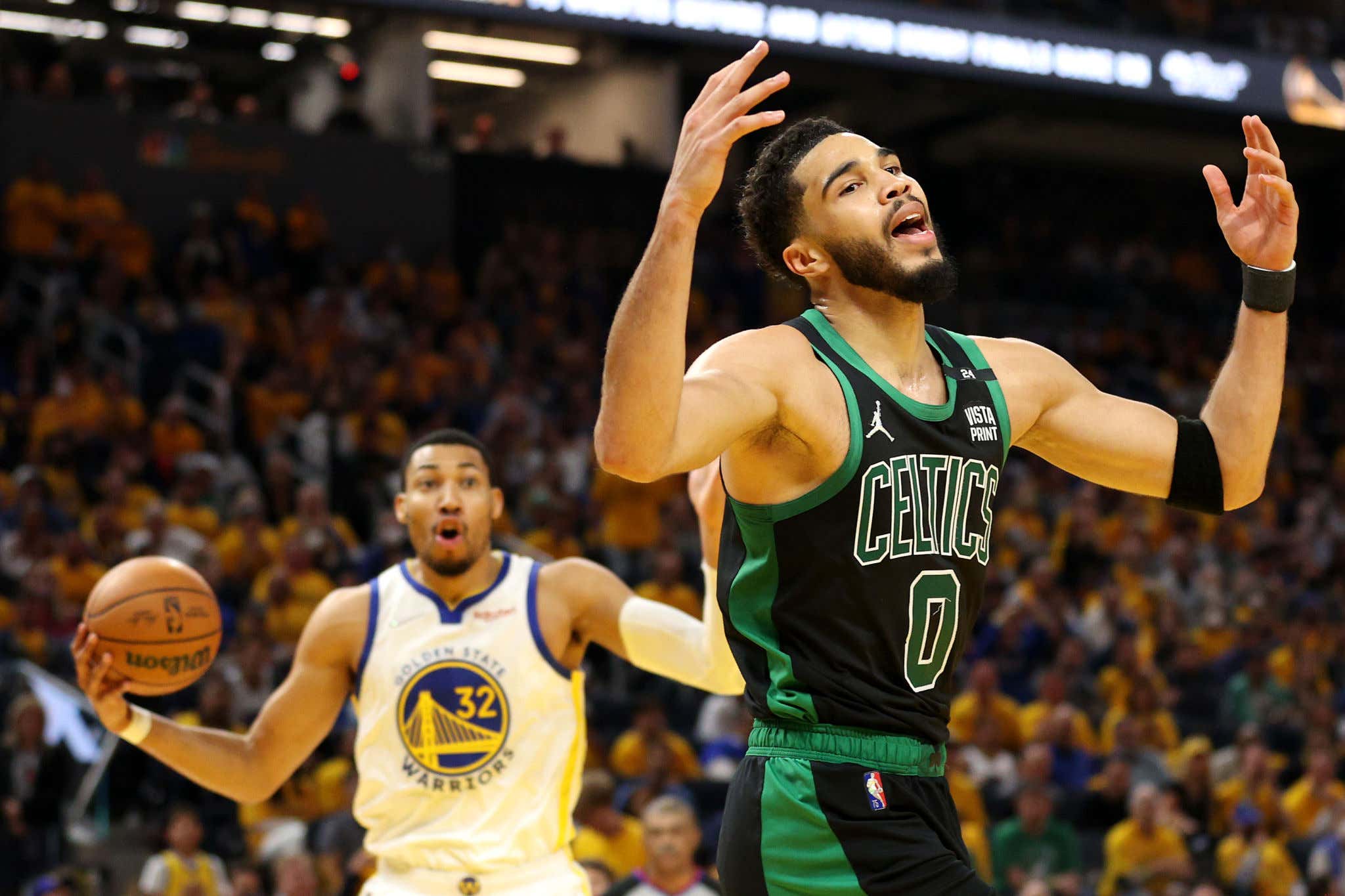 I won't speak for anyone else, but I am still extremely annoyed. That tends to happen when your favorite basketball team plays the way the Celts have in Games 4 & 5 of these NBA Finals. With so much time until Thursday, it allows me to dive into the pain and really find things that annoy the shit out of me.

Now that I've had time to digest what went on last night and really the last 4 days, I think most will agree that aside from being extremely frustrating, this current level of play from the Celts is also rather familiar. In essence, at the worst possible time of the season, the Celts have fallen back into doing everything we hated about them through the first 50 games of the year. I know it felt like that watching Game 4 & 5 unfold, but I was curious how the actual data matched up. In most cases, the numbers back up the eye test, so I decided to take my time today and look all this up because I am a legit deranged person who enjoys pain apparently.

One thing to keep in mind is obviously sample size. We're comparing like 50 games to 5 games, but you get what I mean. For the sake of timelines, we'll go from Opening Night to the trade deadline and then compare that to what we're seeing these last two games.

Remember earlier in the year how frustrating it would be when the Celts would play with zero pace? Schroder would roll the ball up, Smart or Tatum would take their time crossing halfcourt, and the Celts wouldn't even really start their offense until like 10-12 seconds on the clock. When their first action would work, that usually left them with a low quality shot that never seemed to work

During this frustrating part of the season, the Celts played at a 97.19 pace. That was good for 24th in the NBA.

If you hammer things down even further to just 4th quarters, in the first part of the year the Celts played at a 96.46 pace. In these last two 4th quarters, they are playing at a 92.00 pace.

What we learned then was that when this team does not play with pace, their bad habits show up. They stand around, defenses can pack the paint, the team stops moving. Remember how this team found success in Game 7 against the Heat? They played fast. They established a legit pace right from the jump. So far in these last two games, they've fallen into their old habits of not playing quick enough.

To be fair, this has honestly been a full season issue, but it's really shown its ugly head in these last two games. From the start of the year to the trade deadline, the Celts had 27 games that had "clutch time" and had a 10-17 record. It was gross. From the floor they shot 42/29% and were a -0.7. They had a 102 Ortg and a 110 Drtg during that stretch. The story was as long as you keep a game close against this team and get to the final 5 minutes, the Celts will puke on themselves.

Let's compare that to Games 4 & 5. Now technically, NBA.com doesn't count Game 4 as a "clutch time" game which I find weird because it most definitely fits the criteria of within 5 points with 5 minutes or less. I think their website is fucked because it only counts Game 5. Regardless, it was the same shit. The Warriors kept the game close to around the 5 minute mark, and the Celts puked on themselves doing their usual same old bullshit.

In those earlier collapses, what happened? The ball never moved, and their shot balance was all fucked up with an overreliance on 3PA and things looked stagnant and lifeless.

Well, in these last two losses, the Celts have followed that exact formula. In Game 4, every shot they took over the final 4 minutes was a 3PA. In Game 5, the Celts took 6 FGA in the "clutch" and 5 were 3PA. They went 0-5. The Celts did not make a clutch time basket last night. Let me ask you, have the Celts looked like a team that is closing with force and energy? Or do they look like a team that's settling like earlier in the year?

If that doesn't give you PTSD to how this team was closing games to start the year, I'm not sure what will.

People sometimes forget, the 2022 Cetlcics spent the majority of the season as the worst 4th quarter team in the history of basketball. it wasn't only the clutch minutes, it was all the minutes. I don't about you, but these lat two fourth quarters look very, very familiar but in all the ways we hate. Let's hit the numbers

These last two games, the Celts 4th quarters have averaged 19.5 points on 30/28% shooting and a -9.0 with an Ortg of XX and a Drtg of XX. We're back to being terrified of the final 12 minutes. If we're being honest, up until these last two games, the 4th quarter hasn't even been that big of an issue in the playoffs. In fact, in the first three games of these Finals the Celts were elite in the 4th. But it's no surprise that in games in which they've looked like dogshit, they're back to having 4th quarter issues.

When this team had inconsistent offense to start the year, a big part of that was their ball movement. Too often the ball would stick. Guys would fall into bad iso habits, and they were easy to defend. That was reflected in their numbers as well. As a team, the Celts only averaged 23.5 assists a game which was 19th in the NBA. Their AST% was 59.3% which was also 19th.

In these last two losses, the Celts are averaging just 20 assists a game. Their AST% comes in at just 61.5%. Pretty similar wouldn't you say? You can see a trend starting to form here. So much of their current struggles are due to them playing and producing at the exact same level as their frustrating underachieving days.

We've talked about this team's love of throwing the ball away. It's been their achilles heel all season long and isn't changing anytime soon.

What I found fascinating were the rates of TOs are comparing the start of the year to now. Through their first 56 games, the Celts had a 14.4% TOV%. They averaged around 14.2 a game (14 in losses)

In both cases, they are averaging 7 TOs in the second half and 4.0 TOs in the 4th quarter. So as you can see, they've never really been able to shake their TO issues, and usually, when they look their worst those are a main reason why.

There was a time this season when Jayson Tatum could not throw a pea in the ocean. So many of their early collapses and losses could have been avoided if Tatum was just somewhat below par shooting the ball and not absolutely horrific. Does that sound familiar? Through that initial time period, Tatum, was putting up 43/32% splits. It was nowhere near good enough.

Compare that to his last two games. The three point shooting is insane, but overall from the floor? Tatum is shooting 41.9/53%. His 2pt% has been brutal, much like it was earlier in the year.

When you add this all up, I think on some level that's where a lot of our collective frustration stems from. We are all experiencing PTSD from the early season Celtics that drove us mad. The numbers match what we're seeing. They are playing the same way and producing at the same level as a time when the Celts couldn't get out of their own way. Does that sound familiar? Ideally, on the stage of the NBA Finals you would hope the Celts would find a way to be the best version of themselves. Maybe they will, there's certainly still time for that. But if you're looking for why they are in the current hole down 2-3, it's because they've reverted to playing their worst brand of basketball. A brand that we thought was dead and buried has suddenly come back to life.

The good news is we also have a giant sample of this team being awesome. Playing the right way, playing smart, they know how to do it. Now their season and an NBA title depends on their ability to get back to that over the final two games. If not, it's curtains.