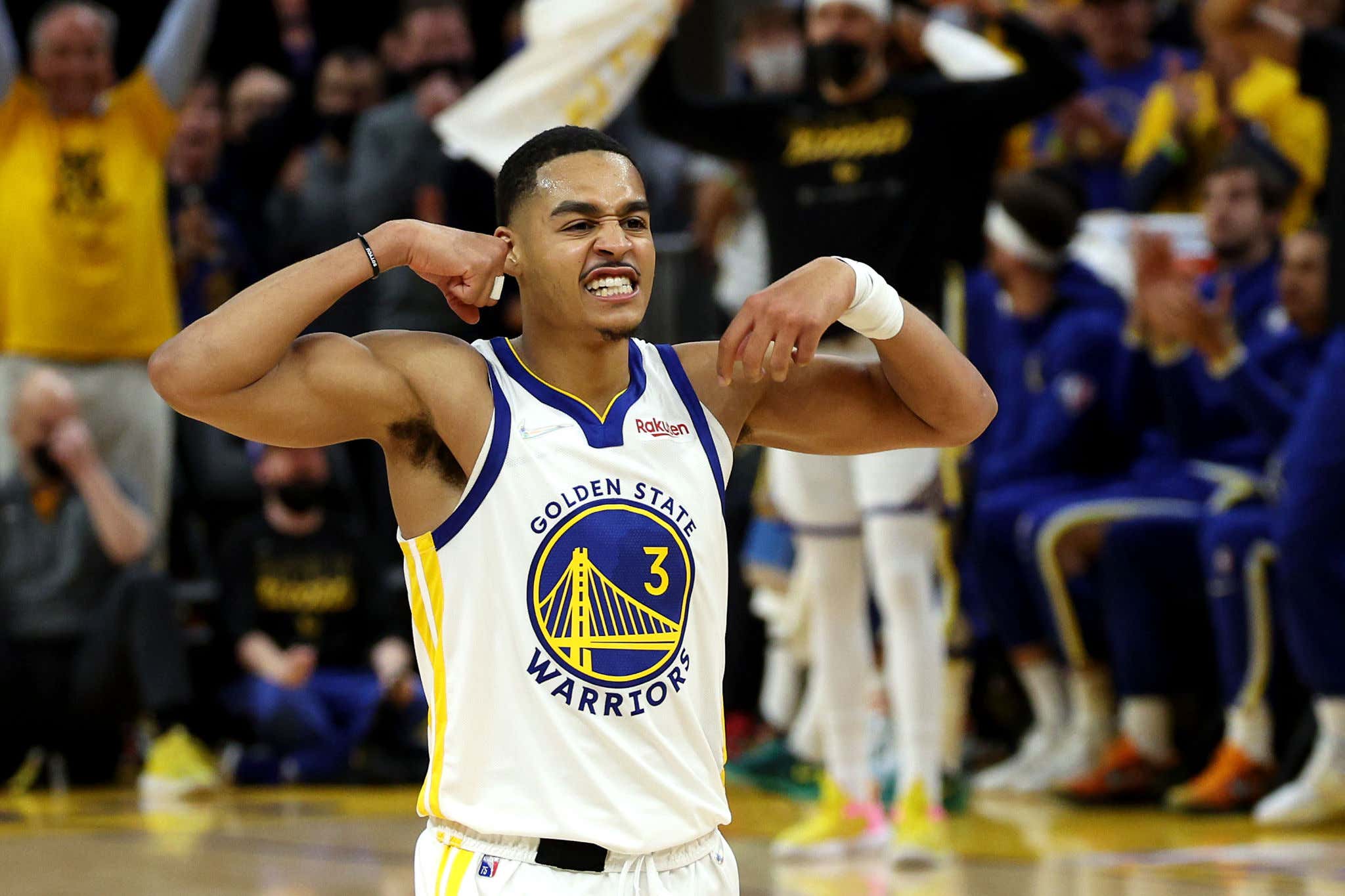 CHILL Jordan Poole. This guy. The Golden State Warriors' next eventual, hopeful Splash Brother just can't stop hitting heaves near halfcourt. He did it at the end of the third quarter in Monday's Game 5, and also pulled off the feat in the Dubs' last home contest, Game 2. Here that one is in all kinds of different languages.

Poole has been doing this shit since playing college hoops at Michigan.

Boston Celtics fans hate to see this. They've played remarkably well on the road in the playoffs, and after trailing by as many as 16 early on in this one, they've responded to adversity well once more. That said, hard to come back from a heartbreaking shot like Poole's that changes the momentum.

Anyway, lot of game and series left. But seriously, Poole's shot injected some life into the evening. Game 5 has been a slugfest. Absolutely brutal. Horrendous shooting. Terrible offense. I think the Warriors missed something like 13 consecutive shots from 3-point range. Stephen Curry is finally crashing back to Earth after being a damn superhuman in the first four games just to make this series 2-2.

My eyes are straining and probably almost bleeding from trying to hang in there and watch this game. So if for nothing else than a jolt of excitement in the proceedings, thank you Jordan Poole.