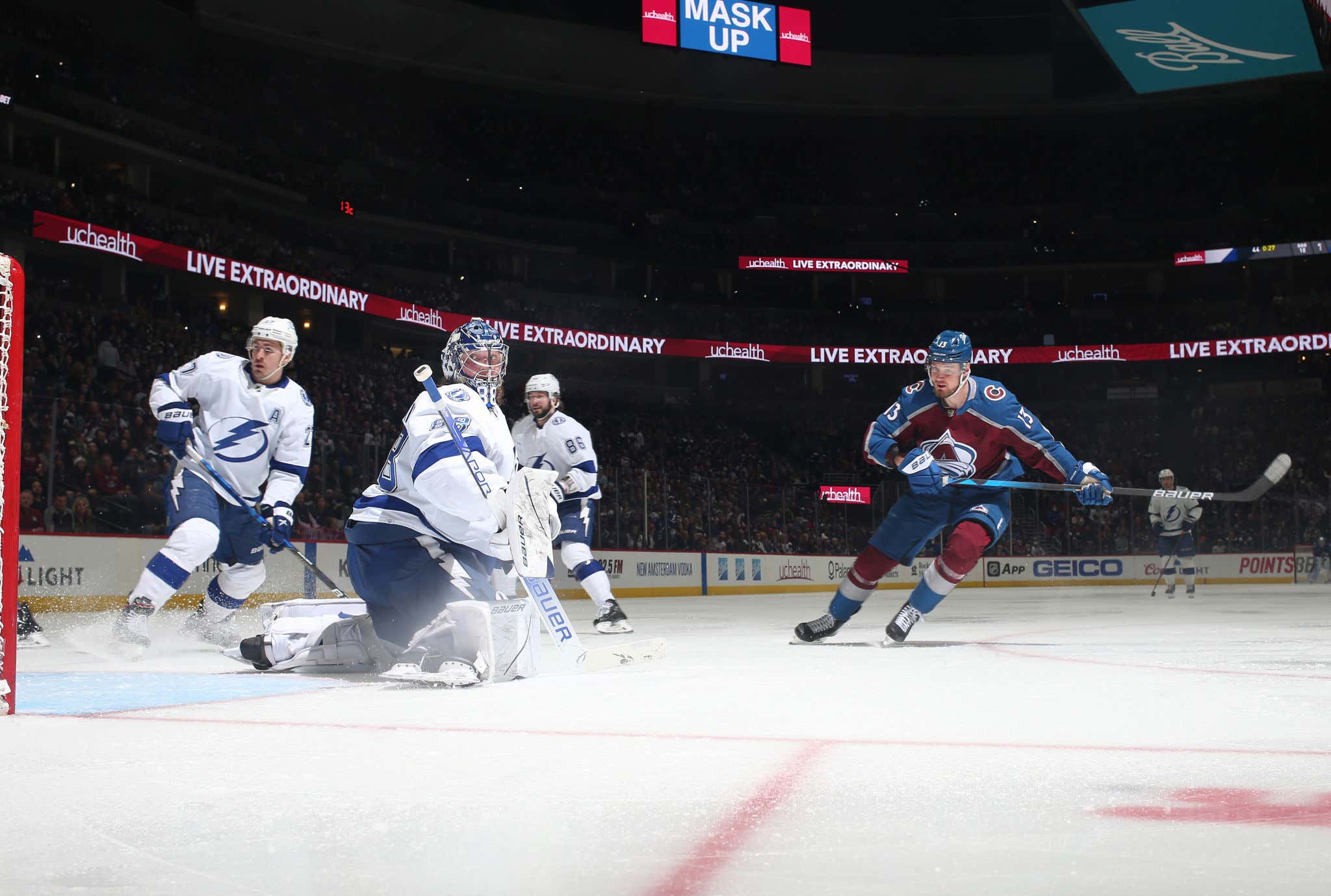 I've been fully aboard the Igor Shesterkin bandwagon since he was a rookie, but let's be honest, the New York Rangers are ahead of schedule in their rebuild, so to see them go down 2-1 in Saturday's Game 6 to the Tampa Bay Lightning wasn't a total surprise. By virtue of that victory, the Bolts set up a date with the Colorado Avalanche in the 2022 Stanley Cup Final.

You almost couldn't write a better script. The toll of back-to-back championships on the Lightning didn't really show during the regular season. They still came away with 110 points and hung tough in a division where they finished third despite such a stellar record. It took a big effort to rally from 3-2 down in the opening round against the Maple Leafs, a sweep of the Panthers — who had NHL's top-ranked offense — and a comeback from a 0-2 deficit over the Rangers to get to this point.

Getting over the hump was a struggle for the Lightning before their consecutive Cups. Now, the floodgates have absolutely opened, and Tampa Bay is positioned to be the first three-peat champion since the Islanders won four straight in 1983.

As for the Avs, well, perhaps they've learned something — or at least been inspired by — the Bolts' recent history. Colorado hadn't made the Stanley Cup Final since 2001, or even gotten past second round since 2002. In the three straight years prior, they got bounced in the conference semis despite having a championship-worthy core in place.

It feels different this time around for the Avalanche. They're firing on all cylinders, sweeping Nashville, fighting of St. Louis in six games and then rolling the Oilers in another 4-0 vanquishing.

Not only are they absolutely loaded up front with forwards like Nathan MacKinnon, Mikko Rantanen, Gabriel Landeskog, Nazem Kadri, aaaand more, but they have two capable goaltenders in Darcy Kuemper and Pavel Francouz. Oh, and that's NOT TO MENTION the best offensive defenseman in the sport in Cale Makar.

Kadri and Kuemper both got hurt in the Conference Finals sweep of Edmonton. Good news is, that brief four-game set has afforded Colorado the luxury of rest, so both those guys should be good to go for the grand finale.

Tampa boasts a phenomenal attacking defenseman as well in Victor Hedman, along with a powerful forward group headlined by Steven Stamkos (who scored both Lightning goals on Saturday) and Nikita Kucherov. Do you like the heart of a champion? How about this illustration of it: Just 21 seconds after the Rangers scored an equalizer, Kucherov and Stamkos teamed up for the winner:

What's crazy is, the Bolts haven't been hurting much at all offensively despite the absence of injured star Brayden Point. He's scored 30 goals over the last three playoffs, and there was a chance he'd play in Game 6 vs. the Rangers. Thus, it stands to reason Point will be back on the ice by Wednesday, or perhaps by Game 2 of the Stanley Cup Final. That'll make Tampa all the more dangerous.

Despite how solid Kuemper and Francouz have generally been for Colorado, you have to figure the Lightning have the edge at the goalie spot with Andrei Vasilevskiy. This man is a workhorse who's delivered in the most critical moments time and again for his team.

For whatever the Bolts are lacking in rest, they can at least bank on Vasilevskiy as their backstop if they come out sluggish. The Rangers relied too heavily on Shesterkin, and it cost them. They looked gassed. Still, Vasilevskiy passed every test, and he'll have his toughest matchup yet against the deep stable of bodies the Avs can throw at him.

I seriously can't fucking wait for this Stanley Cup Final. It could legitimately be one of the best-quality hockey series we've seen. The caliber of these clubs is good enough. Then you factor in the Lightning trying to chase down history, and it's even crazier. THEN, you remember how the captain of Colorado's last Cup champion, Joe Sakic, has built this juggernaut as the Avalanche's executive vice president and could finally see it culminate in another championship parade in the Mile High City.

COME ON. If we can't have Connor McDavid, Leon Draisaitl and the Oilers here, this is easily the next-best thing. Arguably better because of the sheer talent, depth and firepower the Avs have. LET'S GET IT!!!