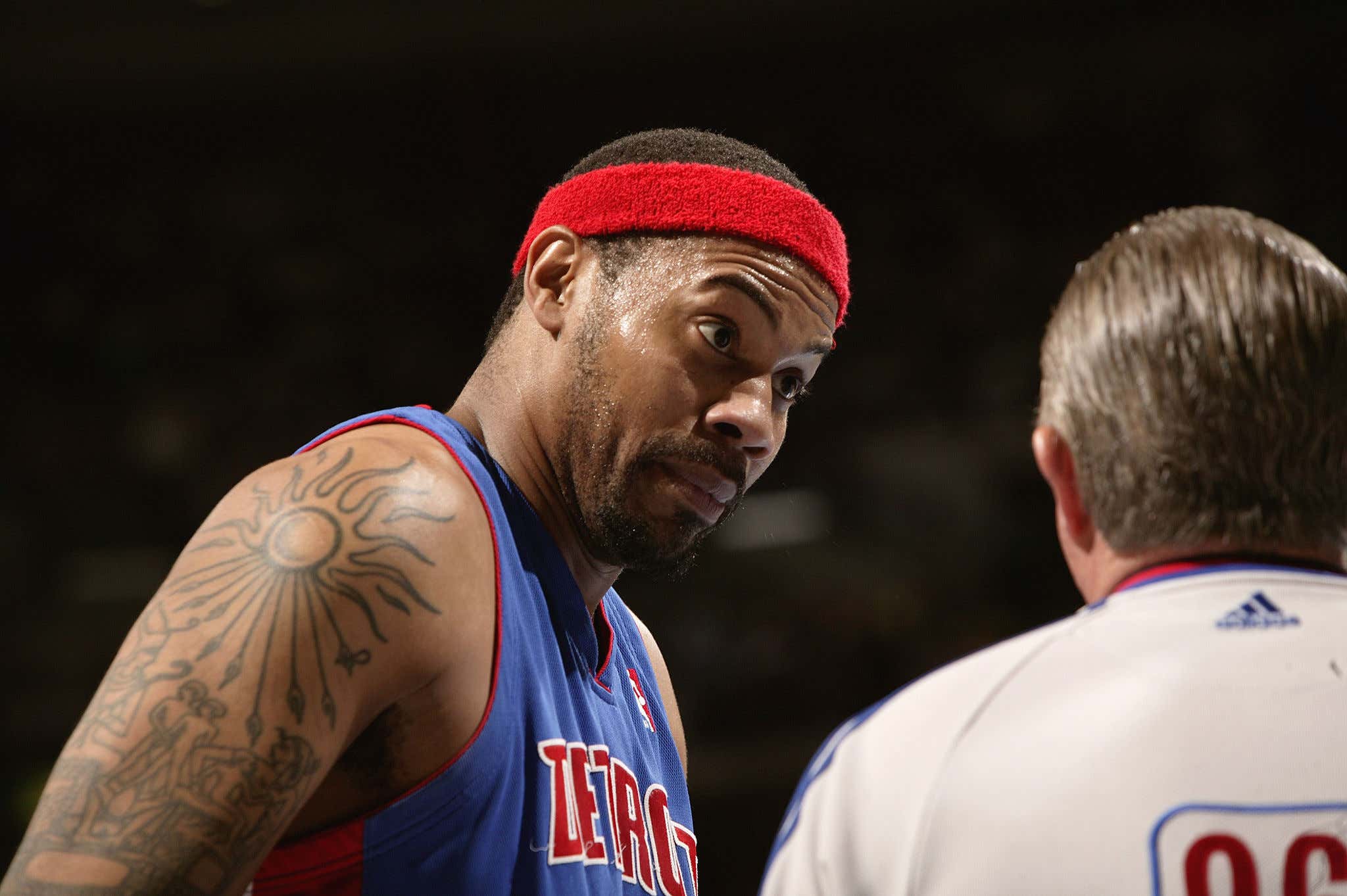 If you didn't know Rasheed Wallace was an assistant coach at Memphis this past season, I'm sure you're not alone. Good news, though: The four-time NBA All-Star who won a championship with the Detroit Pistons in 2004 is on the fast track in moving up the coaching ranks. One year removed from being the head coach at Charles E. Jordan High School in North Carolina, Sheed is joining Lakers coach Darvin Ham on his staff in LA.

I'm being a little facetious about Sheed's ascent as a coach. His credibility shouldn't be in question whatsoever. The season after his playing days were finished, he served as an assistant on the Pistons staff during the 2013-14 campaign. He took about five years to enjoy retirement before the coaching bug bit him again. Wallace was at Jordan HS from 2019 to 2021, not terribly far from his alma mater, UNC, before teaming up with Penny Hardaway at Memphis.

In case you aren't aware of what Wallace was like as a player, he was one of the most colorful, memorable personalities of his generation. He holds the single-season record for technical fouls (41) and he tallied 29 career ejections. Sheed racked up 373 techs all told. I don't even know how that's possible.

As entertaining and wild as fuck Wallace was on the court, though, he was also an extremely intelligent, versatile player who should be an asset to the Lakers' staff. As Shams mentioned, Ham was teammates with Wallace in Detroit from 2003 to 2005, which means he probably knows how to rein Sheed in if he gets into heated disputes with Lakers players. I don't know for certain what Sheed is like as a coach, but I can only imagine that'll happen more than a few times.

LeBron is basically a player-coach, and Wallace's presence will earn immediate respect from him. Hopefully the 19 free throws LeBron attempted in the Cavaliers' close-out Game 6 win over Wallace's Pistons in 2007 is water under the bridge at this point. Yet another instance of Wallace's contentious relationship with officiating crews.

Beyond The King, though, Wallace seems like the type of fire-under-the-ass-lighting force that Anthony Davis really needs. AD goes through the motions far too often, doesn't keep himself in great shape, gets injured often as a result, and generally doesn't seem to play with a lot of passion.

You could argue the basis of this conjecture is pseudo-psychological bullshit…but at a certain point, you start to lose the benefit of the doubt in these areas when you consistently underachieve as often as Davis has given his insane talent level.

I'm most excited to see how Wallace's personality meshes with LeBron, AD and Russell Westbrook. The implosion potential is absolutely real. Not to make too much of a prospective assistant coach hiring, but Sheed going to the Purple and Gold is far from your average transaction. It also means he's one step closer to being a head coach. I just want to see him screaming at the refs, throwing shit around on the bench, getting in AD's face when he's loafing, and chewing out Russ for his perpetually dubious shot selection. Or simply dancing like this to hype up the guys before tip-off will do…