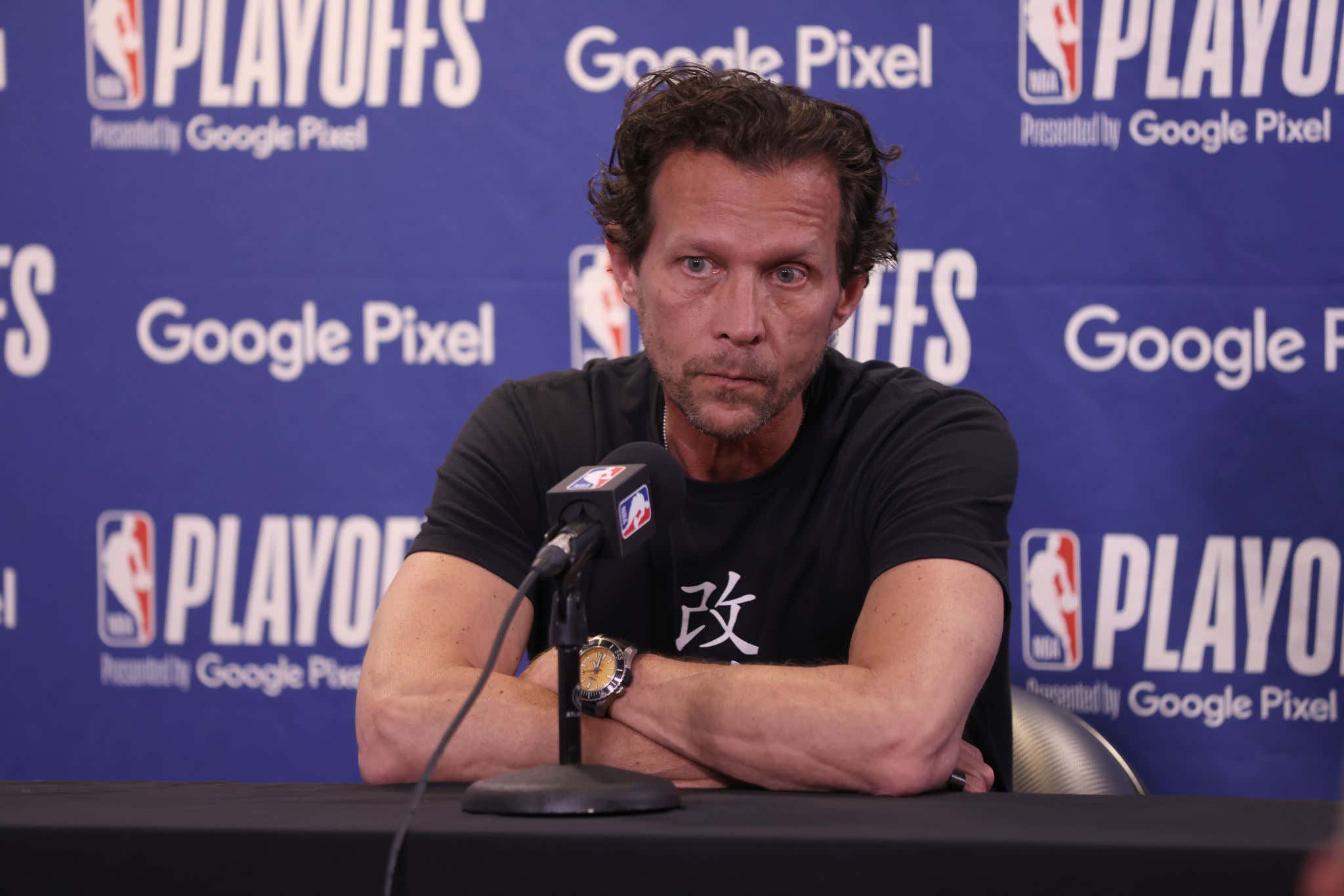 YES!!! Quin Snyder realized he couldn’t raise the ceiling on this version of the Utah Jazz, and announced he’d be stepping down as head coach on Sunday. Here's what he had to say about resigning as part of a statement released by the team, via the Associated Press:

"At the core, and what drives me every day is our players and their passion for the game, their desire to constantly work to improve and their dedication to the team and the Jazz…I strongly feel they need a new voice to continue to evolve. That’s it. No philosophical differences, no other reason. After eight years, I just feel it is time to move onward. I needed to take time to detach after the season and make sure this was the right decision."

I couldn’t have said it any better myself. Snyder dropped the mic here. Basically said, “I’ve had enough. Anyone vying for a head coaching gig, come here and do better!”

Can’t help but think this is a precursor to some other major moves in Utah. Snyder had a guaranteed year still remaining on his contract. To put it as kindly as possible, there’s friction between the Jazz’s two best players in All-Star guard Donovan Mitchell and three-time Defensive Player of the Year Rudy Gobert. If those are your two best players, you’re probably not a championship team.

Utah never even made it to the Conference Finals during the Snyder-Mitchell-Gobert era. Lots of solid regular seasons and close playoff calls. Not enough bottom-line results to justify keeping everything together.

Oh by the way, Mitchell isn't exactly enthused by the news that Snyder is out the door, according to Woj.

Snyder is “eager” to continue coaching, per Chris Mannix of Sports Illustrated. He would’ve seemed like a strong fit with the Los Angeles Lakers before they recently hired Darvin Ham.

The obvious vacancy that should appeal to Snyder is in Charlotte. Questionable as it was for the Hornets to fire James Borrego in the first place given their sustained upward trajectory, Snyder is definitely an upgrade, and would have a load of young talent to work with led by LaMelo Ball.

As for the Jazz, well, I say blow it up. They got bounced in six games during the opening round of the 2022 postseason by the Dallas Mavericks, who didn't have Luka Doncic for two of their victories.

Given the state of the modern NBA, I’d be more inclined to build around Mitchell, yet Utah will have an easier time finding a trade partner for him as opposed to Gobert, who wouldn’t net as much compensation in return either. Maybe Mitchell and Gobert are on the way out. Who knows? It’s a huge crossroads moment for the Jazz franchise this offseason.

Snyder’s exit paves the way for a complete reboot centered around a blockbuster Mitchell trade package, based on his reported feelings about Snyder biding adieu. With all the continuity that was in place and how great Snyder is as a coach, I can’t imagine Utah keeping its core together for one more year and actually taking a step forward with a new voice in the locker room.

Former Trail Blazers coach Terry Stotts seems like a logical candidate to take over in Salt Lake City. Frank Vogel and Mike D’Antoni are other big names to watch…among others that Shams is reporting.

Given the state of the Jazz — a la stuck in neutral, can't get over the hump, etc. — I can’t imagine it’s the most attractive position for prospective candidates. Take a sledgehammer to this roster. We need some fresh blood in Utah, and we need to free Donovan Mitchell. Fire up those Mitchell in a Knicks jersey photoshops!!