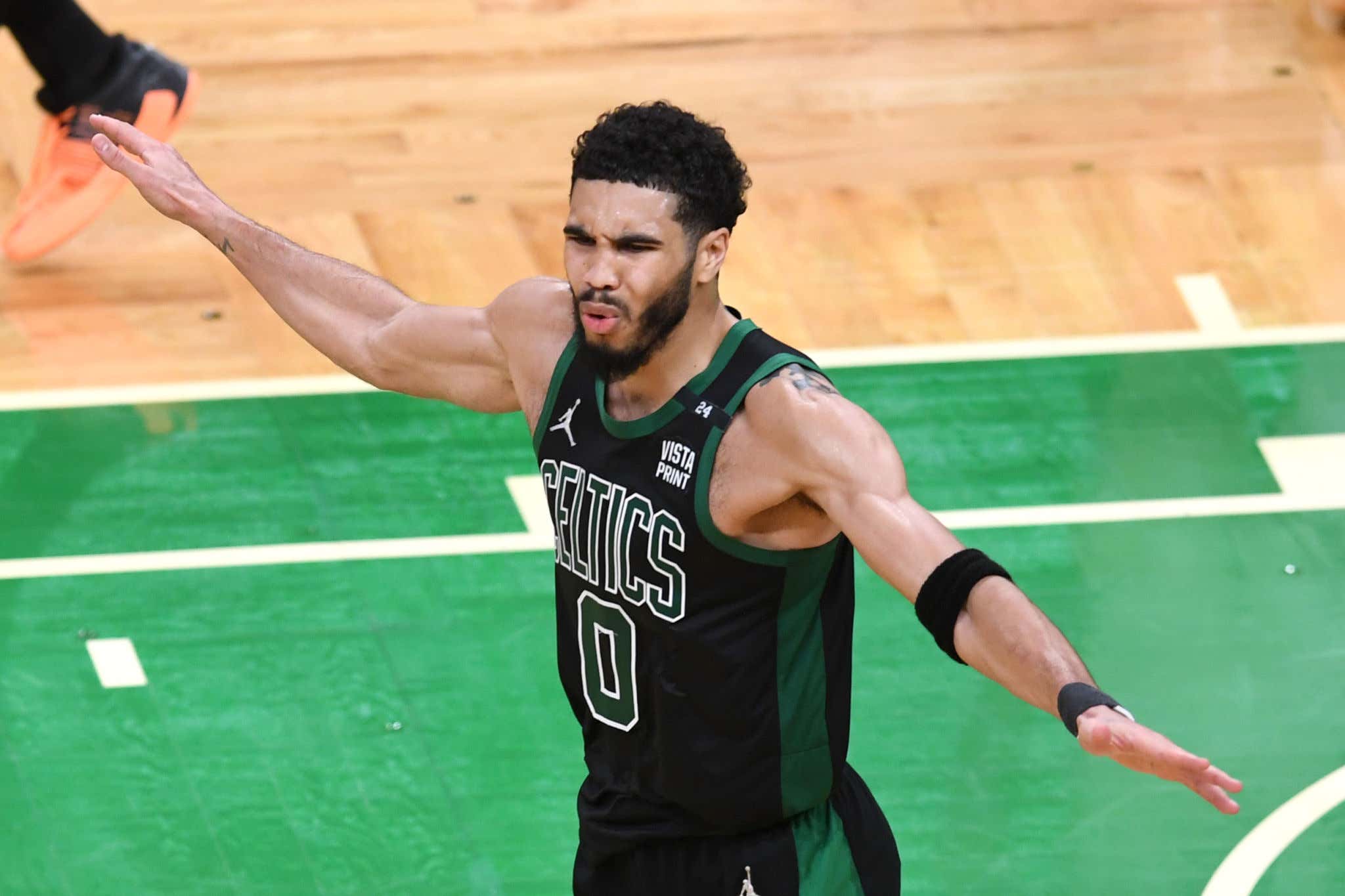 After taking care of business in Game 7, I think most Celts fans were looking forward to finally having some sort of break in between games. This team had been playing every other day since May 4th. I'm sure that was tough on the players, but what about us. The ups and downs, the stress, I'm getting older and I'm learning my heart isn't as strong as it once was. After the giant exhale I think we all experienced once we knew for certain that the Celts weren't about to cap off one of the most epic collapses in the history of sports, I think we all needed the break.

Well, it's now Wednesday and we still have 2 full days to go. At least that's how it feels. I know the calendar says 1 day, but a 9pm tip is basically another full day of waiting. As expected, I'm starting to lose my mind. I forgot what NBA Finals nerves feel like. They are the best and the worst all at once. Not every team and fanbase gets to experience this, despite how much we hear about all these supposed title contenders during the year. At the end of the day, there can be only two. I was in my mid 20s the last time I had the privilege of feeling these NBA Finals nerves, and at this point giving me any sort of extended time in between games is only asking for trouble. My brain is going in every direction imaginable. I'm confident one second, terrified the next. Depending on when you catch me, I could be talking sweep, or I could be talking about a grueling 7 game series. I can't explain it but I'm fairly certain that if you clicked on this blog you know what I'm talking about. We get through this shit together.

Which brings me to this blog. Over the course of my deranged brain going to wild places, I spent a good amount of time thinking about what concerns me about these Finals. Honestly, just being in them makes me want to vomit. But I've found that blogging through them helps, so that's what we're going to do. Here are my biggest concerns heading into this series

The health of Robert Williams

Quick, find me a Celts fan that doesn't spend at least 15 hours a day praying to every type of God in the book that Rob's knee holds up. Wait, is that just me? Possibly. But we're all nervous about it and have been since he miraculously came back way sooner than even the biggest optimist expected. Sometimes, he looks like the old pre-injury Rob, like when he does shit like this

Other times, like in Game 7, he looks like a guy who can barely walk. In a series like this, Rob is an x-factor to some degree. The Warriors, especially players like Poole, thrive at driving to the rim. When Rob is right, nobody even thinks about it. I think it's also fair to say that his rebounding in Game 6 & 7 left more to be desired, but it's clear his knee was an issue.

Offensively, when Rob can jump, the lob play is literally the most unstoppable play in sports. That changes everything of how a team chooses to defend the Celts, because at the end of the day they can just throw it to an area that only Rob can get to. Guys like Draymond and Looney aren't outjumping a healthy Robert Williams, don't be silly.

Simple. Turn it over, you die. Don't turn it over, you win. Now I know what you might be thinking, and no, my DMs are not currently filled with NBA teams begging me to come run their basketball department because I am declaring that turnovers = bad. Everyone knows it, it's not new, but when it comes to this Celts team it's EVERYTHING.

So far in these playoffs, in the Celts 12 wins they average just 12.8 TOs a night.

It seems pretty logical to me that a huge part of their success and their demise revolves around how they take care of the ball. If you want to dig even deeper, in the 3 MIA losses the Celts averaged 19.3 TOs. You do this shit against the Warriors, you don't just have to worry about transition 2pt FGM, they will bury you with transition threes. You want Steph or Klay to catch a rhythm? Turn the ball over. Go ahead, see what happens. You'll be down 10 before you even know what the fuck happened.

Until proven otherwise, I will always worry about this team keeping their mental composure. Against a team like GS, you have to stay locked in. We know this team has a bitching at the refs problem. It's easily the one thing I hate most about them. But this is the Finals, I can't have that shit. Draymond is going to lose his shit becauase that's what Draymond does, but I am begging this team to not get sucked in. Guess what, the Warriors are going to get breaks and calls. That's just how things work.

Again, guess what happens if you spend more time complaining about a missed foul or a no call instead of getting back. You get this right in your eyeball

Nobody wants that, so one way to prevent it is to just shut up and sprint back. Whether it's Grant or Tatum or Jaylen or Smart I don't care. The second you allow the Warriors to mentally break you or have you focused on something other than getting stops, you're dead.

Please, just finish quarters strong. Part of this is tied to the mental aspect, but the other part comes down to execution. The team that finishes quarters strong is going to win this series. In a Finals, every possession matters. When you have an opportunity to extend a lead, especially against the Warriors, you need to capitalize on it. If you're down, how you close a quarter is what can end up preventing a blowout.

For whatever reason, the Celts can't close quarters. It's maddening. They could be lights out for 10 minutes, then they get to the final 2 and somehow forget how to play basketball. How many times did we see the Celts have a momentum play to go up 4-6 points against the Heat with like 1:41 left in a quarter, only to see nothing but TOs and opponent 3PM the rest of the way.

By comparison, the Warriors have a 121.5 "clutch" time Ortg. That's…..a little different. They know how to close quarters.

There are more, but you get the point. Shit like Jaylen's FTs, Smart falling into bad habits, the inability to hit layups/bunnies, fatigue, and inexperience all keep me up at night. As you can imagine, I've spent the last 48+ hours worrying about a lot. There's certainly plenty to be confident about heading into this series, but these concerns are real. If the Celts end up falling short, I'm pretty sure we'll be able to look back at this list and be able to check off a few.

Now if you'll excuse me, I need to get back to praying. Love and Trust.