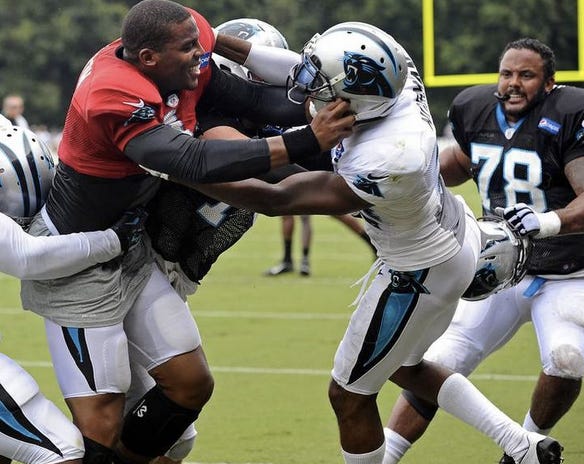 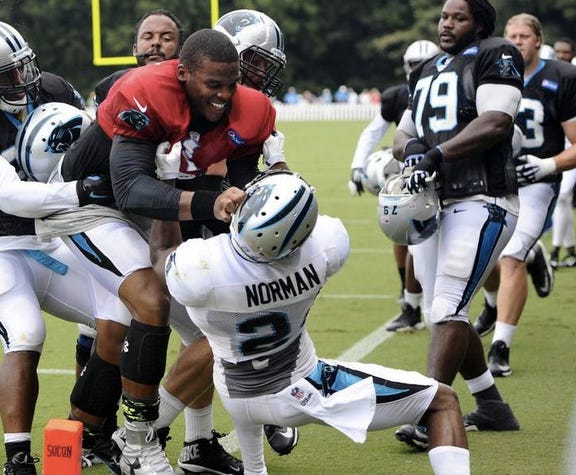 First off, you have to be pretty insane to fight Cam Newton. Never mind the fact that he’s in a red jersey and is your franchise QB, he’s also just a specimen. If Cam Newton gets mad at you for intercepting a ball then showboating in training camp you just put your head down and say “Yes sir.” Norman is 6 foot even and 190, Cam is 6’5″ 250… how’d you think that was gonna go bro? Probably with Cam laughing right in your face while he whips your little ass to the turf.

But I wouldn’t even fault Norman if he came to camp tomorrow and just murdered Cam. This is officially a Drake/Meek situation. You’ve been embarrassed on such a grand level that there’s nothing short of a killing that can rectify this situation for you. Having someone laugh in your face in the midst of a fight might be the most disrespectful thing on this earth. I had it happen to me once in elementary school and I’m legitimately still scarred from it. If you want to win back even an ounce of honor and respect then you need to put Cam in a body bag. Yeah the team will suffer, but that’s the price that must be paid for getting clowned like this.