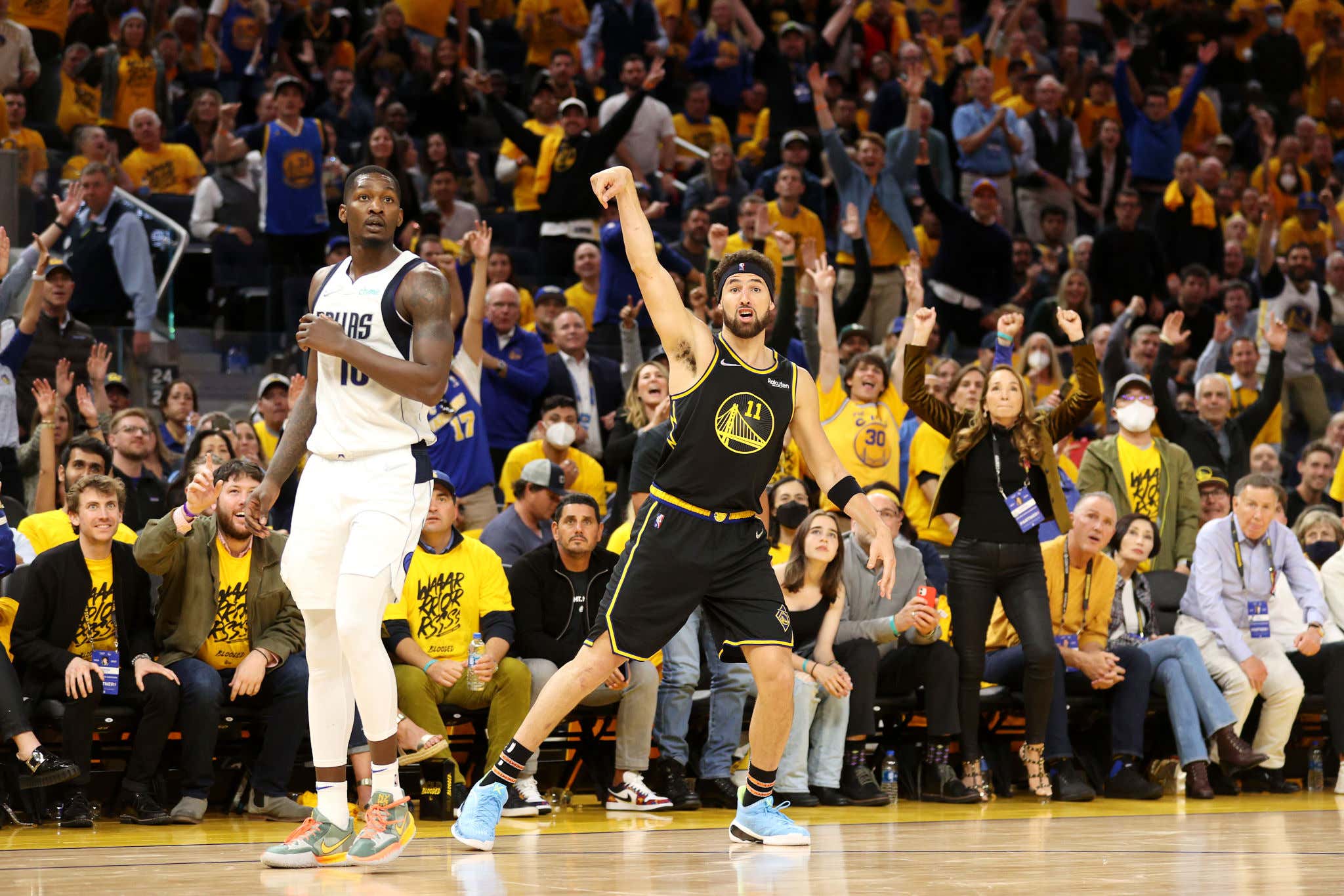 Shouldn't all of us have seen this coming? The Golden State Warriors had made it to the NBA Finals in five consecutive years when Stephen Curry, Draymond Green and Klay Thompson were healthy. Well, Klay's full two-season injury hiatus began in the last of those appearances, to be fair, but you know what I mean!!

Steph. Klay. Dray. Steve Kerr. The Warriors. Back in the Finals, making significant history, and looking damn good doing it.

And how much poetic justice is it that Thompson had his second consecutive MONSTER close-out game by draining eight 3-pointers as only VINTAGE KLAY could do. Game 6 is when this man has a tendency to light it up like no one else other than Steph could. He decided to rain dance from downtown a little early.

A blown-out knee in the NBA Finals. A torn Achilles suffered while working on a comeback from said blown-out knee. Klay Thompson is a fucking champ. He's still a little rusty at times and hasn't been quite as consistent as we've grown accustomed to seeing him. Nevertheless, when Golden State has needed him most this postseason, Klay has answered the damn bell. LIT.

This is probably what the Warriors were privately quoting to each other all season long leading up to this game, and they should absolutely Thanos it up after this one (please watch below for payoff of this line of thought).

Let's give a round of applause to Luka Doncic and the Dallas Mavericks, though. They had no business being here. Everyone thought it'd be Suns-Warriors, but Luka and Dallas had other plans.

I don't think the Mavs have the star power to hang with complete teams with championship DNA like Golden State. I'm not sure if the answer is to blow up the roster and almost start from scratch. We've seen that backfire BIG TIME on the LeBron and the Lakers. On the other hand, LA is a way different situation, since Luka isn't even really in his prime yet and could still conceivably improve in multiple areas of his game.

Did Dallas reach its ceiling with this group? Will Jalen Brunson be back? Can Tim Hardaway Jr.'s return from injury next season be enough to get them over the hump if they retain Brunson? Or is the answer somewhere outside the current core? So many QUESTIONS. All I Know is Luka is a boss, his 10-for-28 shooting performance in Game 5 notwithstanding. The Mavs were getting obliterated early and fought hard despite trailing by 17 at halftime. Good season. Best of luck next year.