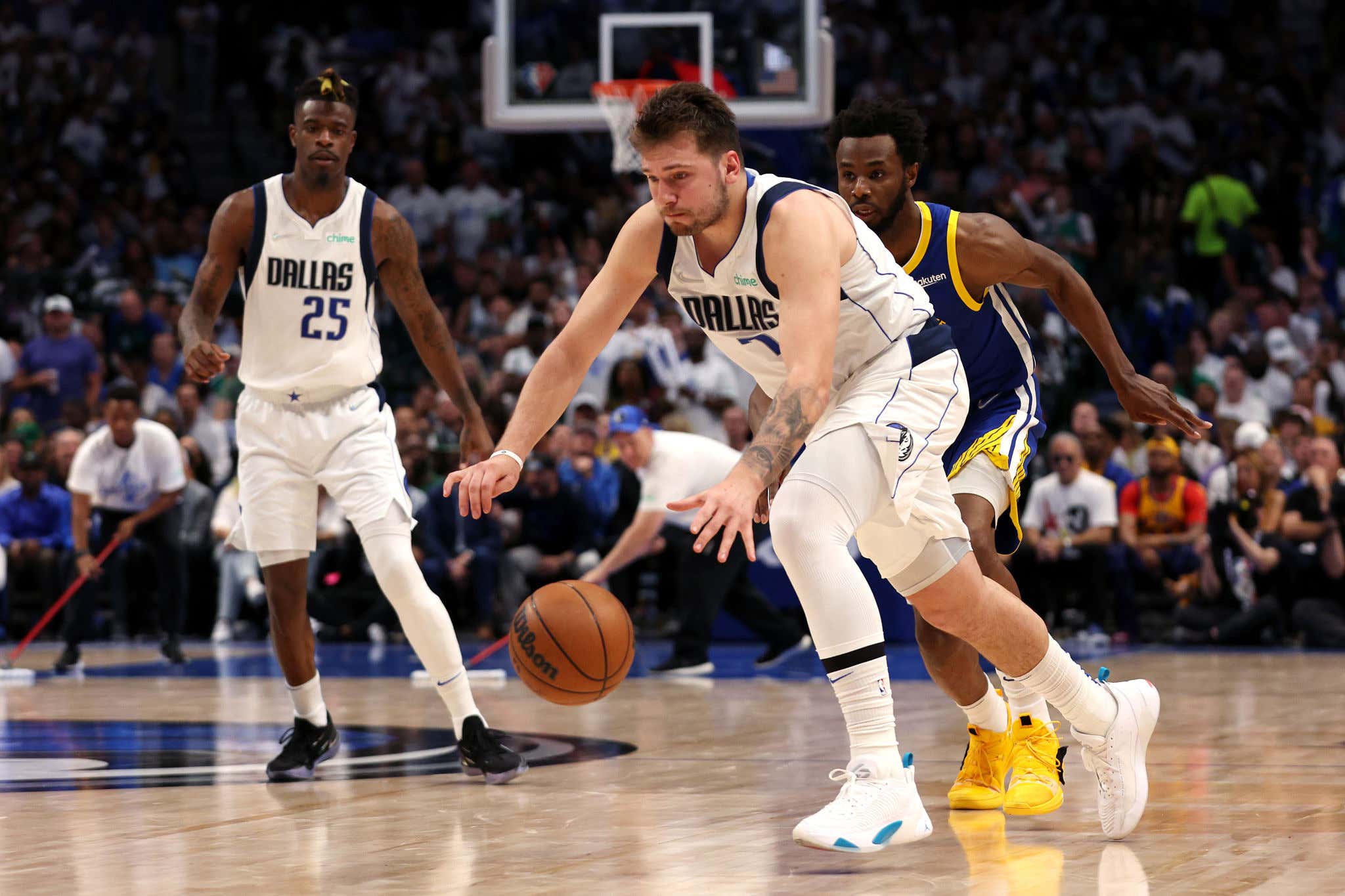 WELL, well, well. The Dallas Mavericks actually decided to play with more urgency, take the fucking fight to the Golden State Warriors and diversify their offense. And would you look at that! They won Game 4! This is exactly what I was telling them to do in my betting preview before tonight's tip-off! So therefore I'm gonna take all the credit for their adjusted tactics and mentality. OK maybe just a bit of it.

I had a feeling Luka Doncic wasn't going to allow the Mavs to get swept and force a Game 5 back in San Francisco.

Yeah, Reggie Bullock bounced back from his brick-for-10 shooting performance from Sunday's loss to drain six treys. Dallas nailed 20 triples as a team to drive its victorious effort, but in building a 15-point advantage at halftime that swelled to a score of 99-70 entering the fourth quarter, they attacked the basket with far more vigor than before.

Dorian Finney-Smith led the charge in that regard. He's been among many Mavs role players who've carved out a fully-fledged campground around the 3-point arc and all but refused to leave all series. Look how that worked out. A 0-3 deficit. Finney-Smith realized, "Wait a second, I'm athletic as fuck, I'm not totally incompetent off the bounce, I'm bigger and stronger than a lot of these guys guarding me on the perimeter, and I can explode to the rim!!!"

Whether it was creating off the dribble, or like here, just diving to the bucket, Finney-Smith was impressive:

What a great, albeit belated revelation, but DFS did pour in 23 points on an efficient 9-for-13 from the field to complement a typically brilliant Luka stat line: 30 points, 14 boards, nine assists, with a couple steals and blocks thrown in for good measure.

I'm old enough to remember when Nick Wright said, "MAVS IN 5!!" as his pre-series prediction, but I'll give him credit for this observation, even though he's still annoying:

YO by the way, Maxi Kleber showed up! He added 13 off the bench and even took three attempts that weren't from 3-point land — and made them all! Davis Bertans got busy in the paint on a couple occasions! Jalen Brunson was getting in the lane often along with Spencer Dinwiddie. They combined for 25 points and 13 dimes.

Sometimes it's just your night. Anyone who was doubting whether the Mavs would win this game could've looked no further than this legitimately spooky Draymond Green free throw that didn't fall:

The basketball gods weren't letting Luka lose this one. They were even deploying divine intervention to spring a leak in American Airlines Center near the Dubs' bench.

A valiant comeback effort spearheaded predominantly by Warriors reserves made the final score closer than it actually was, as seven Golden State players scored in double figures, led by Stephen Curry with 20. Luka shouldn't have had to come back in given the massive lead he helped build. Such is life when the Dubs have such a deep bench and the Mavs…to put it unscientifically, they ain't that deep.

A win's a win, though. I hit the Over and the Mavs moneyline tonight. Let's party. Game 5 at Chase Center. Can't wait to see if the improbable conference finalists can find a way to send the series back to Dallas.