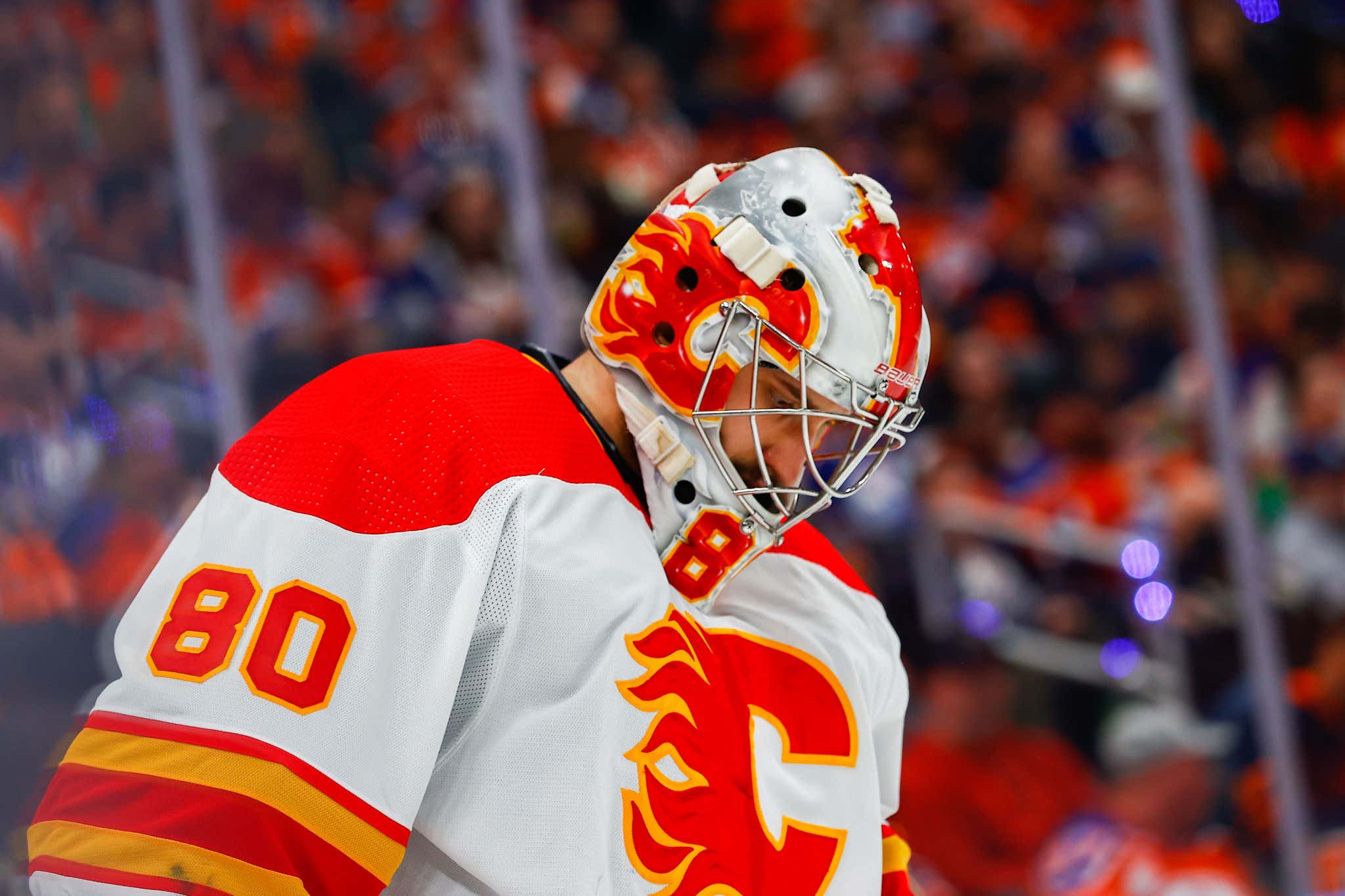 There are bad plays on the puck, and then there's what Jacob Markstrom did in the first 21 seconds of the Calgary Flames' latest Battle of Alberta with the Edmonton Oilers. I don't think much else needs to be said to set this clip up.

Ryan Nugent-Hopkins takes advantage of the blunder and boom: 1-0 Edmonton.

Bear with me on this for a second, I promise it'll come back around: Most of you readers, I think we can agree, damn near every sports fan loathes Stephen A. Smith. It's just a matter of degrees. But I will give the man credit for this: His clever use of the word asinine, and furthering its severity by substituting a different number as a suffix.

Yeah that's how I feel about what Markstrom did here. You're playing against Connor McDavid, Leon Draisaitl and the Oilers on the road. In the second round of the Stanley Cup playoffs. You were playing the better hockey throughout the season. Then McDavid went nuclear on your ass and you're trailing 2-1 in the series.

WHAT ARE YOU DOING, JACOB MARKSTROM?!?! Letting in a cheap goal like this is the absolute last thing you can afford to do in this situation. A goalie who signs a landmark, six-year contract in free agency should know better than this. Markstrom is a solid backstop. This was not one of his finer moments.

Wouldn't get much better for Markstrom and Calgary from there. Ryan Hyman added a power play goal at the 9:53 mark, and once Evander Kane scored with 1:06 left before the first intermission, Markstrom had allowed three pucks past him on 10 shots. YIKES.