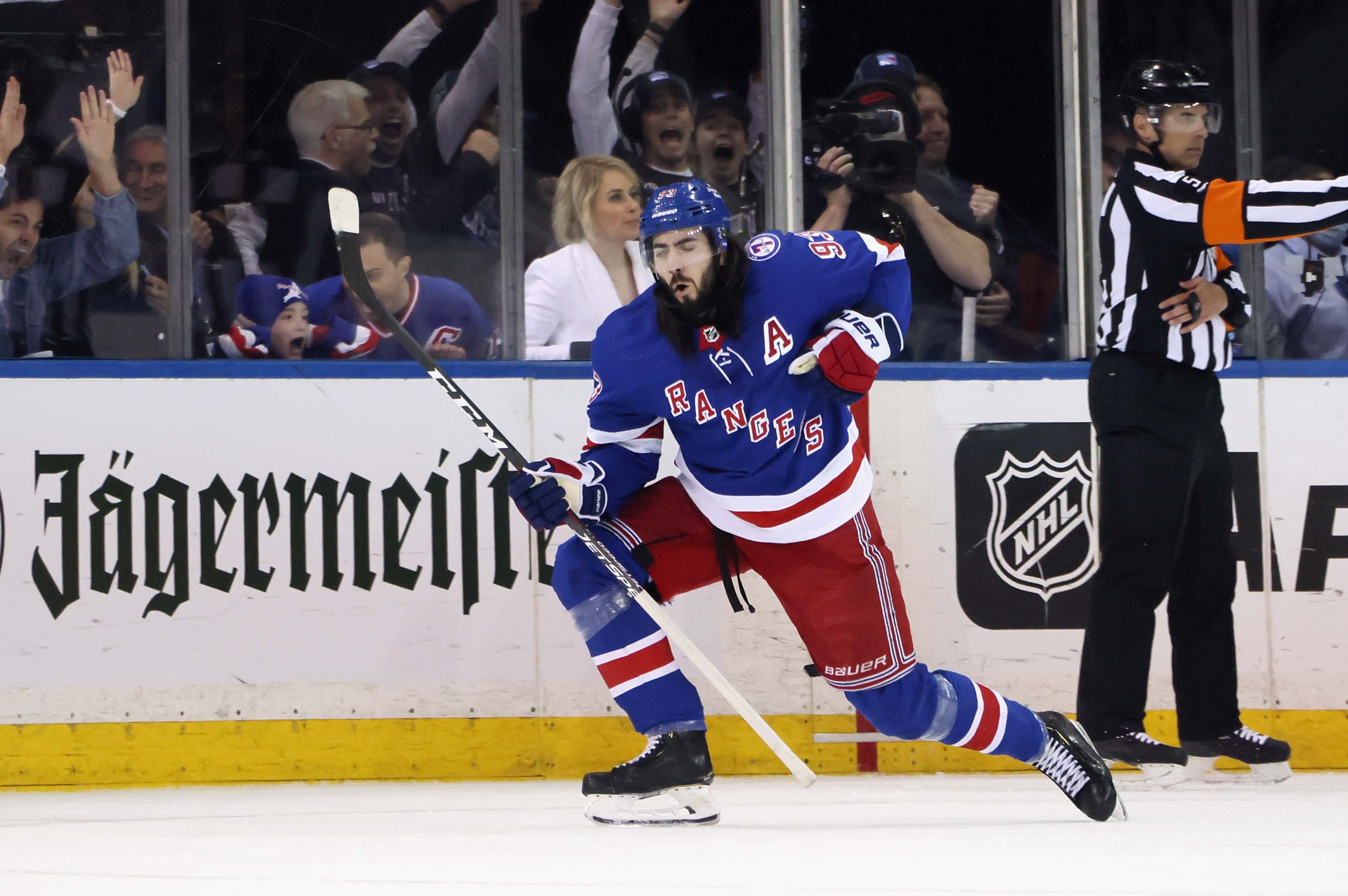 This has been the success formula all year long for the Rangers and it proved itself yet again in a crucial Game 3 win. There were a few subtle differences though that make this victory a little sweeter. First, finally, they actually scored a non-empty-net insurance goal. Prior to Kreider's tally to make it 2-0 their last 20 goals were scored when they were either tied or trailing. Having a bit of a cushion ensured the Niederreiter finish wasn't nearly as momentum-swinging as an equalizer. Second, even though Carolina held a healthy shot advantage, it's usually the third period where the Blueshirts allow a shooting gallery. Instead, they were solid in their own zone and held their opponents to just 9. The Canes were certainly buzzing but you can't bury what you can't put on net.

Three games into the series and all three could've gone either way. A very tight back and forth that's not only amplified the deeper these teams go, but by the extra-curricular activities at the end of the game that have players and coaches alike barking about how this battle is about to receive a healthy injection of nasty. This could bode well for the Blueshirts as the Hurricanes were second in times shorthanded during the regular season & among the leaders in the playoffs. I have a lot more faith in the Rangers being smarter about things than wild cards like DeAngelo, Domi, Trocheck, etc. If they wanna fork over powerplay opportunities then the home team will have an obvious advantage to turn this into a three game series.

Another interesting wrinkle - Freddie Andersen was on the ice for the Canes skate today and while it's still Raanta's crease for now, you wonder if Andersen getting closer rattles him at all. He's been outstanding all postseason but, while they weren't 'gimme' stops, the Zibanejad goal went through him and he gave Kreider a lot to shoot at on his snipe. I'm nitpicking but after his first imperfect game and their true #1 inching towards being healthy maybe tonight is when the wheels fall off. In his two road playoff starts prior to Sunday Raanta watched 4 get past him each time. The Rangers are due for a bit of an offensive outburst. If you ask me, the stars are aligning & we're in for a big-time W at MSG.