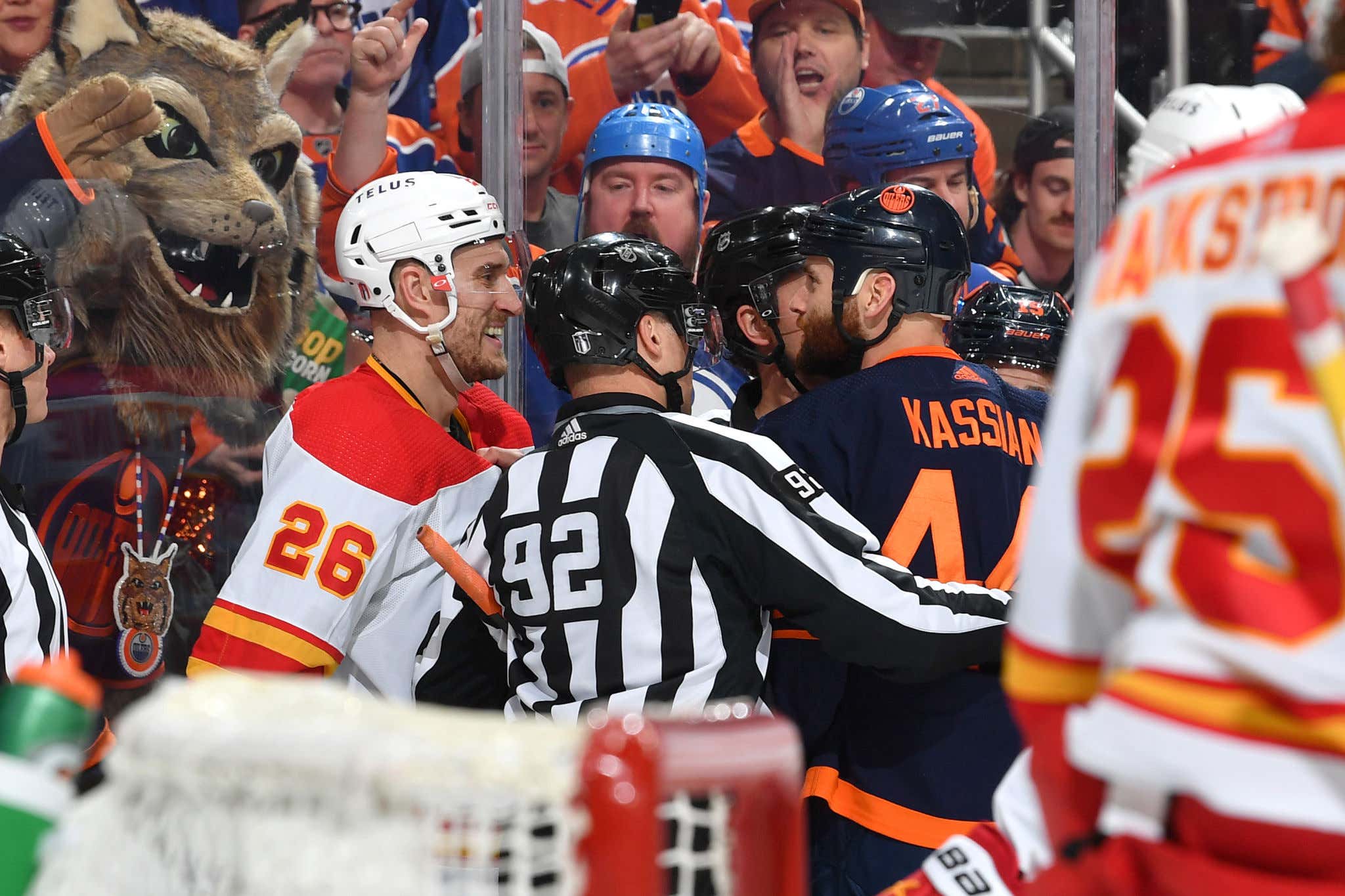 Perhaps it was frustration being down 4-0 thanks to Evander Kane's hat trick. Maybe it was sheer stupidity. Whatever the case, Calgary Flames forward Milan Lucic decided it'd be a good idea to board the shit out of Edmonton Oilers netminder Mike Smith in the third period of Sunday's Game 3, and all-out mayhem ensued.

First of all, why are you going after Smith like that? He's 40 years old and working on a shutout in the Stanley Cup playoffs. Just because you can't score on the relatively old man doesn't mean you should smash him into the glass. Take out your anger in a more productive way, or self-destruct by way of slamming your stick once your latest unproductive shift ends and you're on the bench.

Lucic's dirty play was merely the latest in a long line of them in this bitter Battle of Alberta rivalry. In the graphic above, you can see how 585 major fighting penalties have been called in meetings between these clubs since 1980, which is naturally the most in the NHL among any matchup.

The severe punishment deservedly handed down to Lucic included a five-minute major for charging and a 10-minute game misconduct, which effectively ended his evening. Edmonton's Zack Kassian, Tyson Barie and Brett Kulak only got two minutes apiece for roughing. Same went for Nikita Zadorov, Trevor Lewis and Brett Ritchie on the Flames' side.

All told this wasn't quite as chaotic as it could've been. Smith briefly left the ice but would return to guard the crease. Will be interesting to see how the Oilers respond to this as they look to take a 3-1 second-round series lead in Game 4.