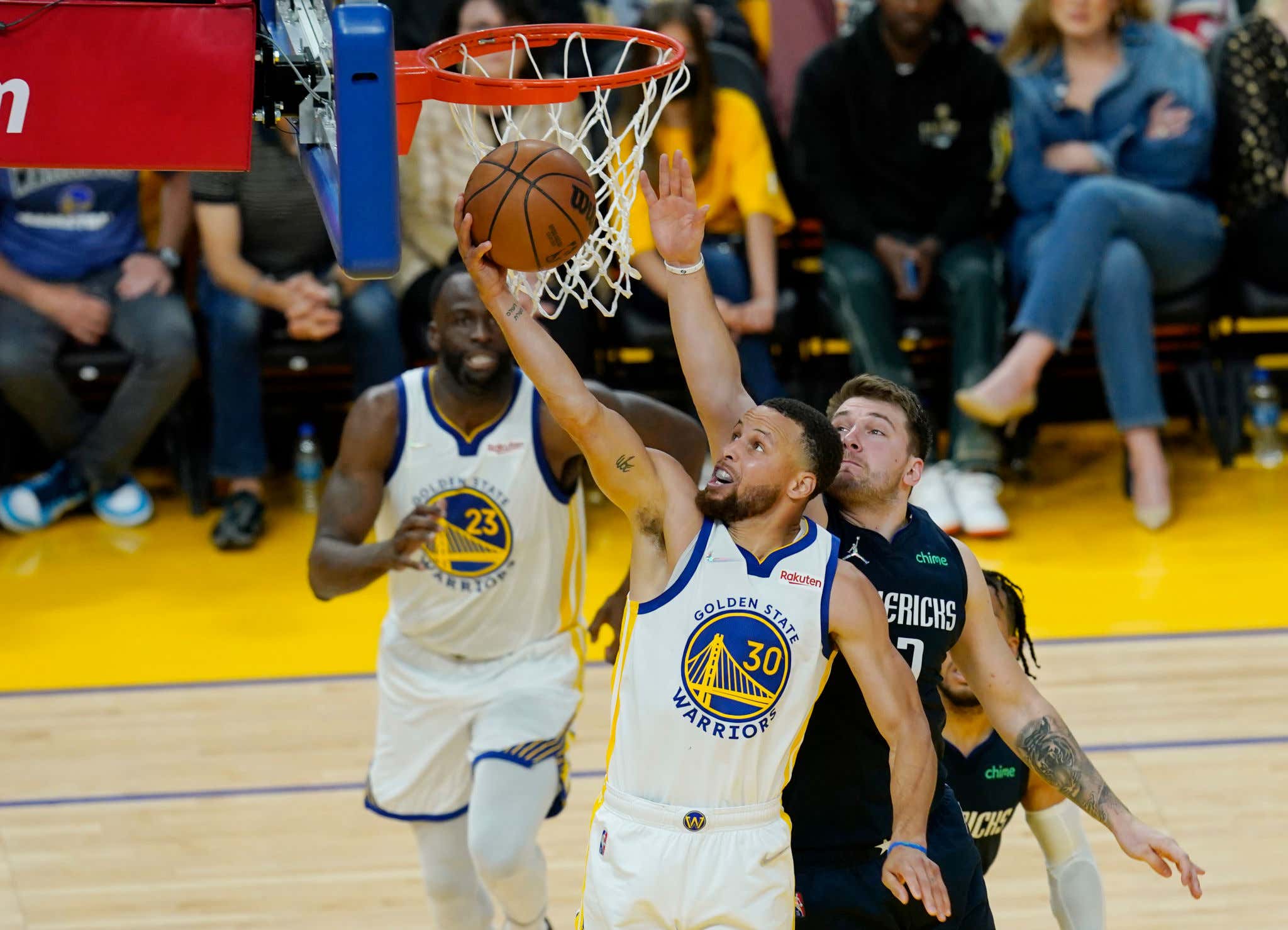 The Dallas Mavericks trailed Phoenix in the last round two games to none before advancing in a stunning Game 7 blowout. Given that the Golden State Warriors' core of players has three championships and that teams up 2-0 in the Conference Finals are 71-6 all-time in advancing, history is overwhelmingly stacked against the Mavs pulling off another rally.

Can Luka Doncic and Dallas defy the odds? Or are we about to see the Mavs pushed to the brink of a sweep in front of their own fans? Oddsmakers have Dallas as a three-point favorite, so let's dive deeper into the key factors that should influence your Game 3 betting.

Dallas' Kryptonite has been Kevon and Klay

When Kevon Looney and Klay Thompson were in the vicinity of Mavs shooters in Game 2, Dallas did not fare well. Sure, Luka was doing his best Superman impression, but Looney and Thompson have to be credited for the role they played in the Warriors' massive rally after trailing by as many as 19.

Looney gave up only seven made field goals on 18 attempts (39.4%) — much of the time closing out to contest 3-pointers — whilst putting up a career-high 21 points to go with 12 rebounds. Thompson allowed just one make on nine shots in Game 1 and four out of 10 in Game 2. He had 15 points in each of those starts, too. It's time to stop calling Looney underrated, and put to rest the notion that Klay "isn't the same" since his two major injuries.

Can Dallas cut into PITP deficit?

Tying back into the first section to give more deserved praise to Looney, one massive factor in this series is the teams' points in the paint disparity. The Warriors scored 38 of their 62 PITP in the second half of Game 2 as they staged their incredible comeback. They're averaging 53 paint points compared to Dallas' 31. That's just atrocious on the Mavs' part. The problem is, I don't really see how they're going to improve in that area.

Since Curry and Jordan Poole can craftily drive to the basket with the NBA's best, and Looney has transformed into such a dominant force around the rim and a capable interior passer at that, the Mavs really need to make some adjustments. They're also hampered in part on offense by Draymond Green's dominant presence.

I touched on this in my recap of the last game: You think of the Warriors as the team who falls in love with 3-pointers. Really, they've evolved since their initial explosion onto the NBA scene. It's actually Dallas who's lived and died by the long ball more than anyone in the postseason. The double-edged sword philosophy helped the Mavs build their huge Game 2 lead — and led to their collapse. They need Luka, Jalen Brunson and even some of their wing players like Reggie Bullock and Dorian Finney-Smith to crash the lane more often. Those opportunities should be there.

Chef Curry is cooking in all areas — including closing

Sorry to take up so much room with tweets/graphics, but it's worth blowing up all these numbers and his savage Game 2 highlight to accentuate the fact that Stephen Curry still is, in fact, the Baby-Faced Assassin. He leads the Warriors in points, rebounds and assists in the Conference Finals, has a +38 net rating, and continues to absolutely kill it in the fourth quarter.

The most unselfish superstar of his generation. The best pure shooter of all-time. An utterly relentless off-ball mover who's also stepping up BIG on defense in these playoffs. Steph's greatness knows few bounds. His scoring prop Over/Under is set at 26.5 points. Curry has eclipsed that total in four of his last six starts, so that may be a trend worth riding.

Mavs respond as well as anyone after losses

For most of Game 2, Dallas played well enough to win. Unfortunately for them, there was no stopping the count, or a shortening of the typical 48-minute clock. Although it's rare to see the Mavs drop two straight, they're still an NBA-best 21-10 ATS following a loss, and they've covered the spread in those situations by a whopping 6.3-point average.

A ton of playoff games have been decided by double digits, and that anecdote suggests Golden State could be on the business end of a blowout tonight. We've seen the Warriors lay down before when they've been feeling themselves a little too much, such as their 134-95 defeat at Memphis when the Grizzlies didn't even have Ja Morant. Just one of the wildly unpredictable results to transpire in this strange postseason.

The Warriors (+3/+120 ML) are only 19-25-2 ATS and 24-22 SU as the away team this season. It'd be beyond impressive if they were able to get off the high of their latest double-digit rally and find a way to push their Conference Finals lead to 3-0.

On a 7-1 run here!! The fact that I'm going for the Under makes me squeamish about betting any player prop Overs. However, Poole is someone I feel pretty comfortable with. In 15 of his last 17 road games, Poole has put up at least 18 points. As mentioned before, he can create off the dribble and finish inside with excellent efficiency, so I have faith he'll be eager to attack.

Lastly, I'm doubling down on Dallas with that Luka combo bet. He had at least 10 boards in seven of his 10 playoff games before the Conference Finals. My total points line prediction stems from the Mavs' league-high 34-12-1 home mark vs. the Under. I'm expecting more chances for Luka to crash the glass. It's also possible he'll reach double digits in assists. He's only done that once all postseason, which is pretty stunning since he averaged 8.7 dimes for the year.