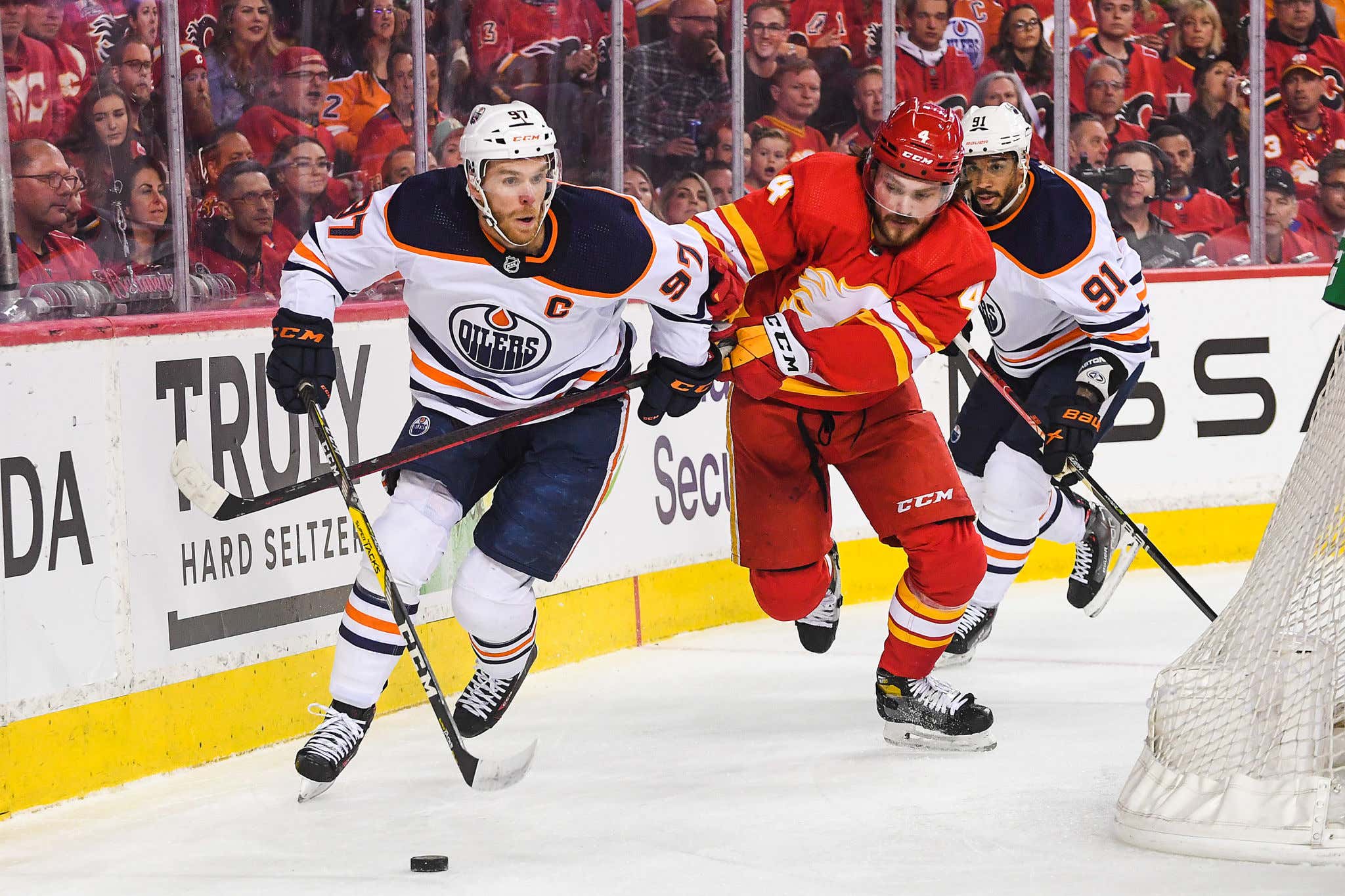 The Battle of Alberta is in full swing, and instead of recapping whatever the hell happens in the chaos of the Saddledome at the end, it's worth taking yet another opportunity to appreciate Edmonton Oilers superstar Connor McDavid.

After pouring his heart out with a goal and three assists in a 9-6 loss to open the second round, McDavid saw Edmonton's defense allow Calgary to score twice in the first six minutes. The Flames had seized the early momentum and put the visitors in another huge hole.

How about a one-handed stickhandle and perfect pass into the slot for Duncan Keith to cut Calgary's lead in half? Any interest in that?

Talk about making something out of damn near nothing. That was more like a Band-Aid, however, because the Flames scored on a power play just 2:04 after the first intermission.

Mike Smith deserves some blame here. Hooked in Game 1 and three goals allowed in barely over a period in Game 2. Smith suddenly looks like his age (40) at the worst possible time.

Give this man Lord Stanley's Cup. Or like the honorary equivalent. Has he not done enough to prove himself a worthy champion?

This is only the second time McDavid ever made it past the first round!! You know how hard it is IN ANY SPORT, even for the biggest superstars, to actually thrive on the grandest stage when they get there? McDavid has been fucking DYING to make it this far, only for the team and franchise around him to fail him.

You can quite literally count on two hands the number of players who've produced on offense to the epic degree McDavid has to this point in the 2022 Stanley Cup playoffs.

McDavid has almost single-handedly kept the Oilers afloat so far in this amazing rivalry series. I'm writing this as the second intermission hits. Evan Bouchard RIPPED a slap shot and scored on a lengthy power play after Flames defenseman Michael Stone picked up a double-minor for high sticking. That tied the score at three.

Game 2 has zero fucking chill just like Wednesday's incredible duel. Edmonton wouldn't be anywhere close in either contest without McDavid's historic brilliance. If the Oilers get knocked out of the postseason, especially this early, McDavid should pull a Shooter McGavin with the Stanley Cup.