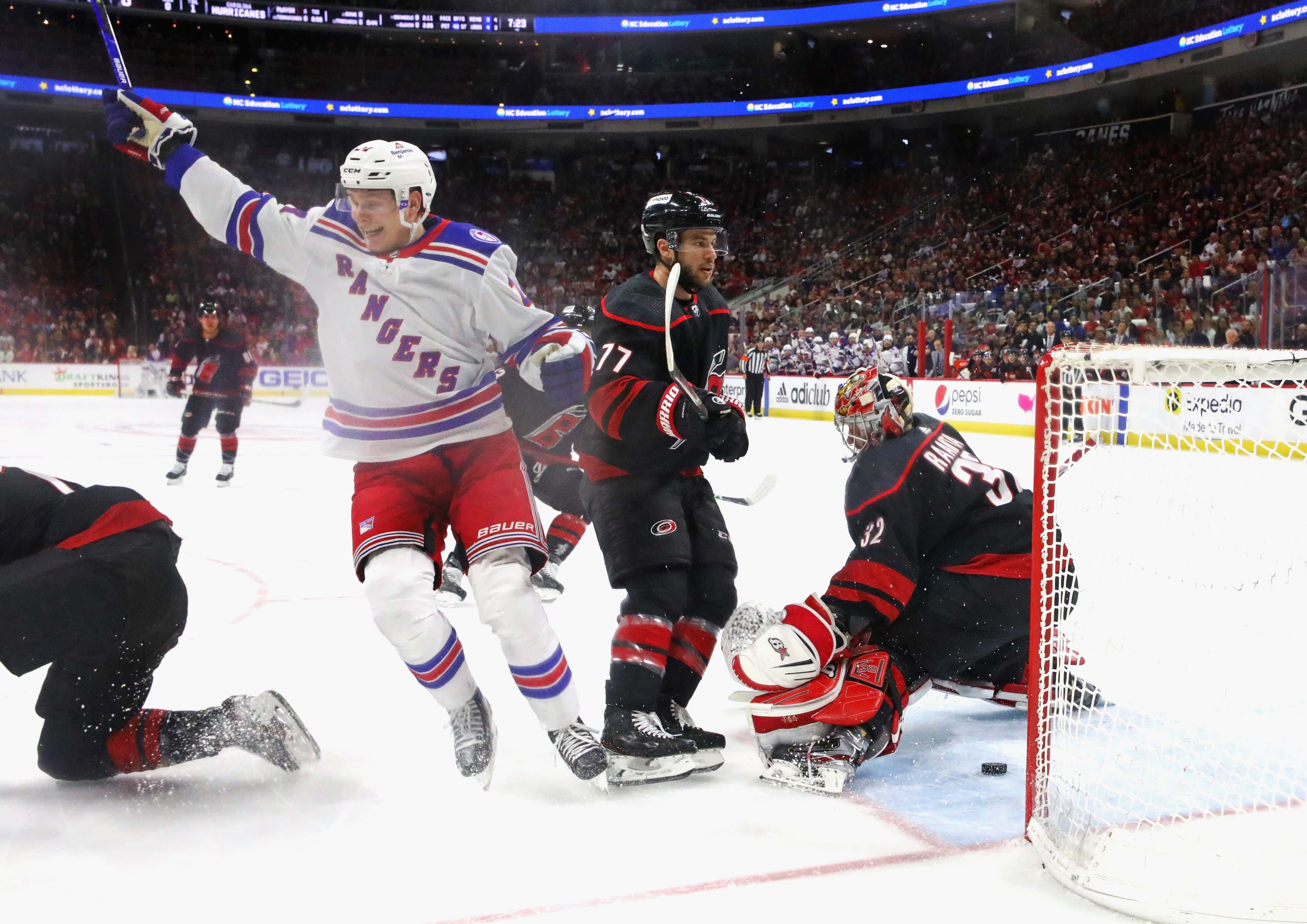 Wednesday night's opening game OT loss can be taken a couple different ways. On one hand, against a usually dominant home opponent, the Rangers may have squandered their one quality shot at flipping home ice advantage. On the other hand, perhaps they proved they're much more capable of dictating play against the Canes than most gave them credit for. Either way, there's one theme the Blueshirts need to change and that's being able to capitalize on prosperity and extend leads when they have them.

Since Game 3 vs Pittsburgh the Rangers have scored 19 non-empty net goals. All 19 have come with them either tied or trailing. Three times they've opened the scoring and all three times their opponent has buried at least the next two. They've clearly proven they can play under adversity but if they plan on even making this a competitive series let alone winning, NY needs to separate when the opportunities are there. In fairness, give credit to Raanta in Game 1. He made several high-danger stops to keep his Canes close. But for as great a game as The Kid Line played, this simply can't happen at this stage of the season:

Now let me be clear. That's not the sole reason the Blueshirts lost, although it's the most obvious. They had plenty of time to tally a crucial insurance goal as most knew the Canes were eventually gonna have their push - a push Shesterkin almost withstood on his own. Where was the rest of the team? The Kid Line generated 11 scoring chances at 5x5 - the other three lines had 10 combined. Even worse, the fourth line had 4. The top two lines had 3 each. Playoff success isn't gonna happen for anyone if your best players are virtually non-existent. If Game 6 & 7 Zibanejad is gone and that series OT winner isn't the Panarin spark we hoped it'd be then this can spiral out of control real quick.

So tonight's theme is simple. The blueprint for success was laid out in Game 1 but without any help from their top guns it won't matter. The Rangers need their best to be their best and preferably not wait until they dig themselves their patented in-game hole. After all, thanks in large part to their disappearing act, the series hole has already been dug.