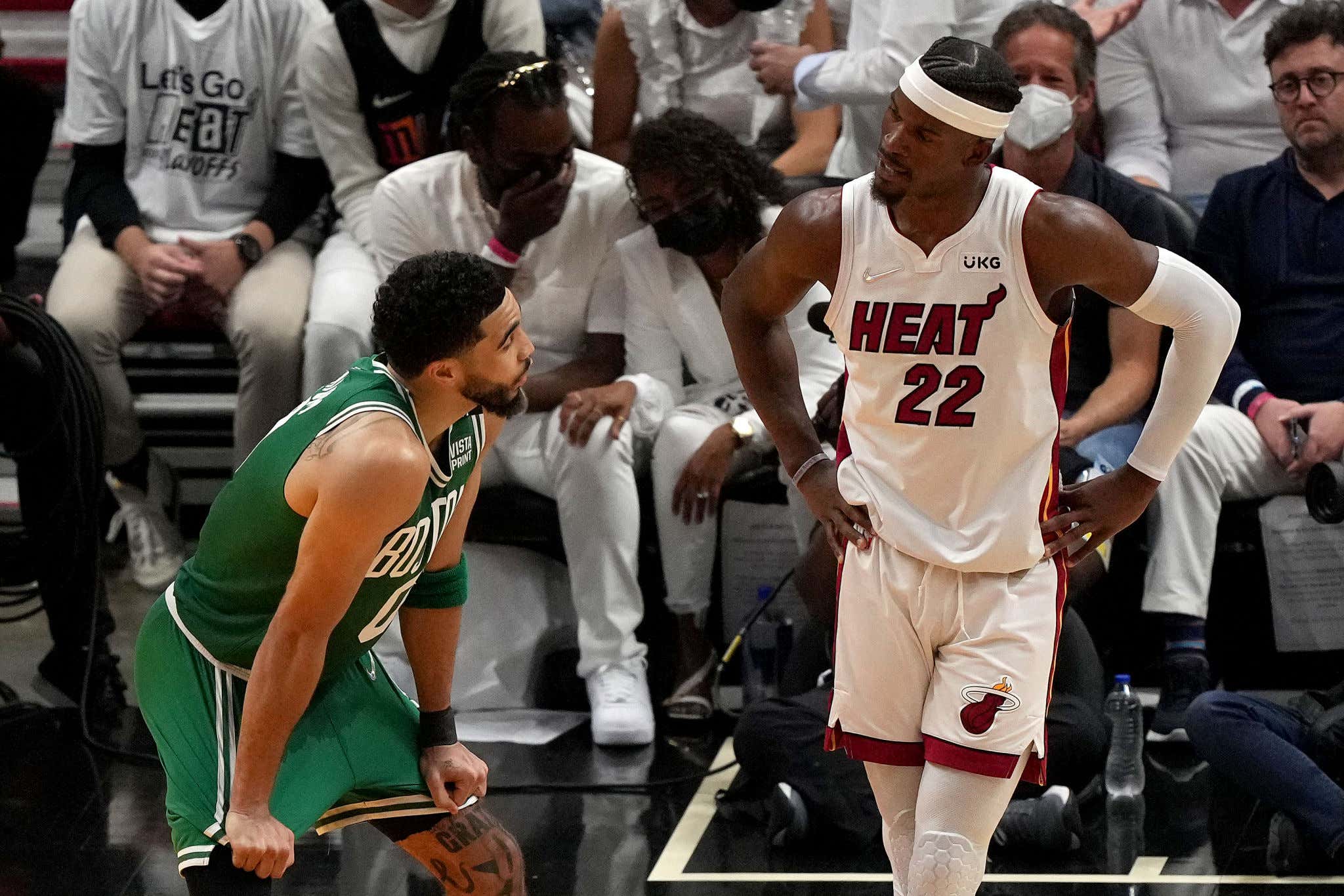 The Miami Heat took full advantage of Boston being without Marcus Smart and Al Horford in Tuesday's Game 1 victory, and while Smart and Horford are expected to be available tonight, they're jumping in to a difficult, must-win situation in a hostile environment. Smart is still hurting with a mid-foot sprain, and you can bet Horford will be suffering conditioning-wise at least a little. Derrick White is officially out for the Celtics due to the birth of his first child.

Despite a 39-14 third quarter from hell, Boston actually hung pretty tough throughout the Conference Finals opener. Maybe that's partially why the C's (+130) are being given a real chance by the bookmakers to pull the upset over Miami (-3.5). Read on for Thursday's betting breakdown, based around some key factors that should go a long way in deciding tonight's contest

Spo has a real edge in making tactical adjustments

Whatever the results have been in postseason series openers, Heat coach Erik Spoelstra has made his hay in Game 2s over the course of his career. Not only did he put forth an absolute clinic in halftime adjustments the last time out, but he has a history of digesting whatever happens at the dawn of a series, and positioning Miami ideally to win the next one.

The coaching matchup between Spo and Ime Udoka is something I touched on in the last preview for these teams.To reiterate, I'm not saying Udoka is some scrub coach. He clearly got a lot out of this Celtics core that the less hard-ass Brad Stevens failed to bring to the surface. This is his first year with the big job, and he has Boston in the Conference Finals.

Another impressive element to Udoka's brilliance is how well the Celtics (+3.5) have fared on the road, with a 30-16-1 ATS mark and +7 average point differential. He was also at a severe disadvantage Tuesday without Smart and Horford in the lineup. Trivialize coaching in the NBA all you want. You can't deny how much it matters in the postseason — and it should absolutely be a factor when you consider which side of the spread you want to bet on.

The Celtics' quest to slow down Jimmy Buckets

Jimmy Butler (OU 26.5 points) went for 41, nine and five in Game 1 and sank 17 of 18 free throws. Butler almost single-handedly willed the Heat to get off the mat after trailing the shorthanded C's at halftime. There's no underestimating the leadership and individual impact Butler has on so many facets of the game.

To anyone suggesting Butler and the Heat were a total try-hard fluke during their run to the 2020 NBA Bubble Finals, I only have this to say to you:

Given how Boston was able to limit Giannis Antetokounmpo to 10.6 free throws per contest in the second round, it was pretty stunning to see how often Butler could will himself into the paint. I know Smart wasn't around to try to front him well away from the basket, and that Horford is a sound interior defender. Still, the Celtics had Robert Williams back playing big minutes, and even got three blocked shots from Aaron Nesmith.

If you can force Butler into being more of a mid-range shooter, his efficiency plummets. It's a question of collective will. I don't know if the C's are worn the fuck out from having to deal with Giannis for seven games. That quick turnaround to the Conference Finals couldn't have helped. In any event, I'd anticipate Boston faring better against Butler this evening. You have to make someone else beat you. Once Jimmy Buckets gets rolling, that momentum is hard to quell.

Heat are hot at home, but Celtics are bounce-back kings

Boston rebounded from all three of its defeats to Milwaukee with victories, and are 21-13 SU coming off losses this season. Coming back from a 0-2 deficit in the NBA's Final Four is almost impossible. Over 92% of teams who go up 2-0 go on to win the series. Given that ominous backdrop of history for the Celtics, they have that intangible desperation on their side.

That said, you have to weigh the must-win nature of this for the C's against the Heat's impeccable form at FTX Arena. They've won 10 in a row on their own court, so even a -150 moneyline wager feels justifiable.

Boston could use a Jayson Tatum takeover

Perhaps no Celtic felt the wrath of Coach Spo's defensive adjustments as much as Jayson Tatum (+100 to be Game 2's lead scorer). He got off to a hot start against Miami, but as this fascinating anecdote underscores, the Heat consistently find a way to throw wrinkles at their elite opponents and succeed more often than not:

Tatum attempted only four shots after the break. Dude looked completely flabbergasted and out of his element. It's not like he's afraid of the big stage. This is already Tatum's third Conference Finals. He's only 24. His best basketball is probably ahead of him as long as he stays healthy. The issues? He's still trying to find that killer inside him like we've seen time and again from Jimmy Butler.

Although their games are different in several notable ways, Tatum could learn something from the way Butler galvanizes his teammates and takes matters into his own hands when it really matters. We've seen flashes of this from Tatum, such as his 46-point eruption in Game 6 against the Bucks amid an uneven series where he shot just over 42%.

If you've kept up with any of my betting previews, you'll likely know by now I tend to fare better with the plays I hint toward in the actual lengthy breakdowns I give of these games than I am when I outright state which wagers I'd advise in this section. So do with that what you will.

The Celtics are too good defensively not to adjust to Butler's Game 1 master class. I doubt he'll get to the foul line nearly as much. They should do everything they can to force him into shooting perimeter jumpers. Although he's fared better at those in the playoffs, we all know that isn't Butler's strength. He averaged 22 points in two regular-season starts against Boston.

Tyler Herro hasn't actually been that great this postseason. I have a hunch he's due for something big, and the value at +3000 for him to be the top point-getter is insanely good. If you don't like Herro, Jaylen Brown (+400) is a nice flier to take, too. At the very least, you might as well hedge if you prefer the safer options in Tatum or Butler.

Finally, yep, life's too short to bet the Under. It's also something I mistakenly recommended for Game 1. Sometimes the trends are right, and in the past 11 Celtics-Heat matchups, the Over is 8-3.