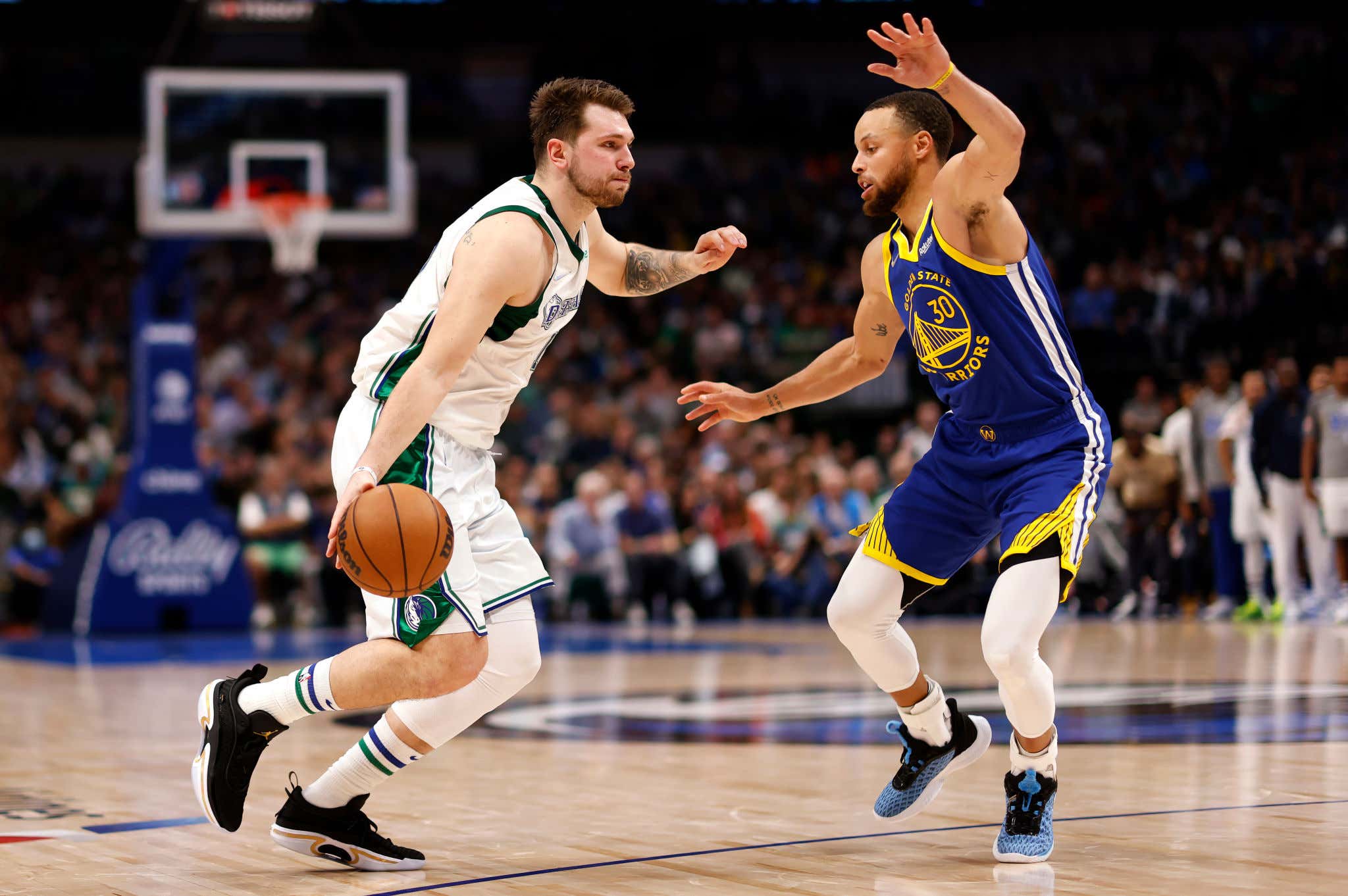 Even though the Dallas Mavericks are a +188 moneyline bet and have the same, nearly 2-to-1 odds to advance to the NBA Finals, it may surprise you to know that they've five of their past six meetings with the Golden State Warriors (-5.5).

The Warriors struggled to get past Memphis in the previous round, while Dallas rallied from a 3-2 deficit to knock off the previous West champion Phoenix. With home-court advantage and championship experience working in their favor, Golden State, the +130 favorite to win it all, is still going to have a hard time slowing down Luka Doncic (OU 33.5 points) and the Mavs.

Mavs must be buttoned-up to hang with mistake-prone Warriors

It's a two-possession spread for Wednesday's Game 1, but one way Dallas can quiet the raucous Chase Center crowd is by winning the turnover battle. I'm aware you're usually hearing this more with regard to the gridiron than the hardwood, yet it's a valid point. Given how precious each possession is at this juncture of the playoffs, the Mavs can manufacture a big edge here.

Dallas had the seventh-lowest turnover rate (13%) in the regular season, whereas the Warriors had the second-highest (15%). Over an 82-game sample size, that two percent is significant. The Mavs have been even more efficient here in the playoffs (11.1%) to Golden State's 15.8%. Postseason opponents have only scored 11.1 points per game on Dallas compared to 18.1 for the Dubs. Those are significant margins that can't be ignored.

Treys will be flying in the Bay Area

The Mavs have averaged 40.3 attempts from 3-point range in these playoffs. Golden State is at 37.9. Both squads are hitting at an impressive clip. In fact, Luka has -127 odds to hit over Over 3.5. He's hit at least four from downtown in nine of his last 10 playoff starts.

Based on how proficient both sides are from beyond the arc, it probably won't surprise you to know that the Over (214.5 at -110) is 12-4 in the last 16 Mavs-Warriors matchups. Just how many long-range fireworks go off tonight will largely depend on how well the hosts can take care of the ball on offense, and what the pace of play will be like. Dallas loves to operate at a grating pace, let Luka run the shot clock down, and make a play late.

If this turns into a track meet, I'd suspect Golden State would be better equipped to handle that. However, the Mavs (+5.5) have covered their last five on the road against the Warriors — even as the Over has continued to hit at such a high clip. So, no matter what the flow of the game is, it seems like Dallas finds a way to keep things close more often than not.

Draymond must step up on Doncic

The reputation Draymond Green has built as an elite, all-world, versatile defender is known by any casual basketball fan by now. As great as Green is, though, he hasn't had much success in slowing down Luka when the teams have met in the past:

I don't think anyone else on Golden State can really mess with Luka. Stephen Curry (OU 27.5 points) and Klay Thompson will be expending so much energy on offense trying to get their shots off against Dallas' stout perimeter D. Much of the responsibility should fall on Green. He's the only one with the size and length to really bother Luka's shot. Otherwise, he'll just power through any of the other Warriors perimeter defenders on his way to the rim.

Kevon Looney's 22-rebound game to help the Dubs close out Memphis was a revelation. I just don't know how many minutes he'll get given how small the Mavs like to play all the time. Looney could, in theory, help when Luka slashes to the paint, but that's where Dallas' multitude of shooters could be freed up for clean looks, with no one to really chase them off the 3-point line with consistent efficacy.

Which supporting cast studs will step up?

In Dallas' stunning Game 7 rout of the Suns, both Spencer Dinwiddie (wildly unexpected) and Jalen Brunson (less out of left field) came up big to push the Mavs to the next round. I don't think we'll see another 30-point effort from Dinwiddie. Brunson on the other hand had already shown what he could do in the quarterfinals with Luka sidelined.

With Klay and Steph commanding a lot of attention, and Draymond not really being a scoring threat, much of the onus will fall on Jordan Poole (OU 16.5 points) and Andrew Wiggins to rise to the occasion for Golden State. Poole has been a spectacular but streaky playoff performer; Wiggins is shooting 49.2% from the field in the postseason and has been pretty steady overall.

Many have celebrated Poole's ascent to stardom and already wanted to dub him the third Splash Brother. Maybe pump the brakes on that a bit. He only shit 41.9% from the field and 29.7% from deep vs. the Grizzlies. For the Warriors to win this best-of-seven, he needs at least a couple big-time performances. It'l also be interesting to see how Wiggins handles the brightening spotlight, since he's struggled to live up to the hype as a former No. 1 overall pick.

Draymond has been talking a lot of shit about how some guys aren't cut out for the playoffs. I think he respects Luka, but I imagine he'll do everything in his power to prevent him from scoring at a high clip. That doesn't mean Luka will be bad. It's just that the scoring prop is a little high, and it'll mean more opportunities for the other Mavs to score. Brunson (OU 19.5 points) has scored at least 18 in his past five games. He's got a shot to capitalize on being guarded by Curry, Thompson and/or Jordan Poole and have a huge Conference Finals debut.

As for the Mavs covering and the Under hitting, Dallas' defense has given up only 101.9 ppg this postseason. The Warriors are allowing playoff foes to shoot just 44.3% from the floor. Neither team is getting to the foul line at a high rate. Dorian Finney-Smith and Reggie Bullock are an excellent wing defender duo who can at least bother Curry and Thompson amid their 3-point barrage. Despite the recent encounters trending toward the Over, this feels like one of those throwback, physical affairs that'll be close till the end.