There is no possible way to measure the size of the L that Ryan Prunty just took from Mr. Beast. Ryan spent $40,000 on billboards to get Mr. Beast's attention. Eventually, Ryan gained the attention he was looking for, but Mr. Beast went to his tiktok page and saw one shocking result: 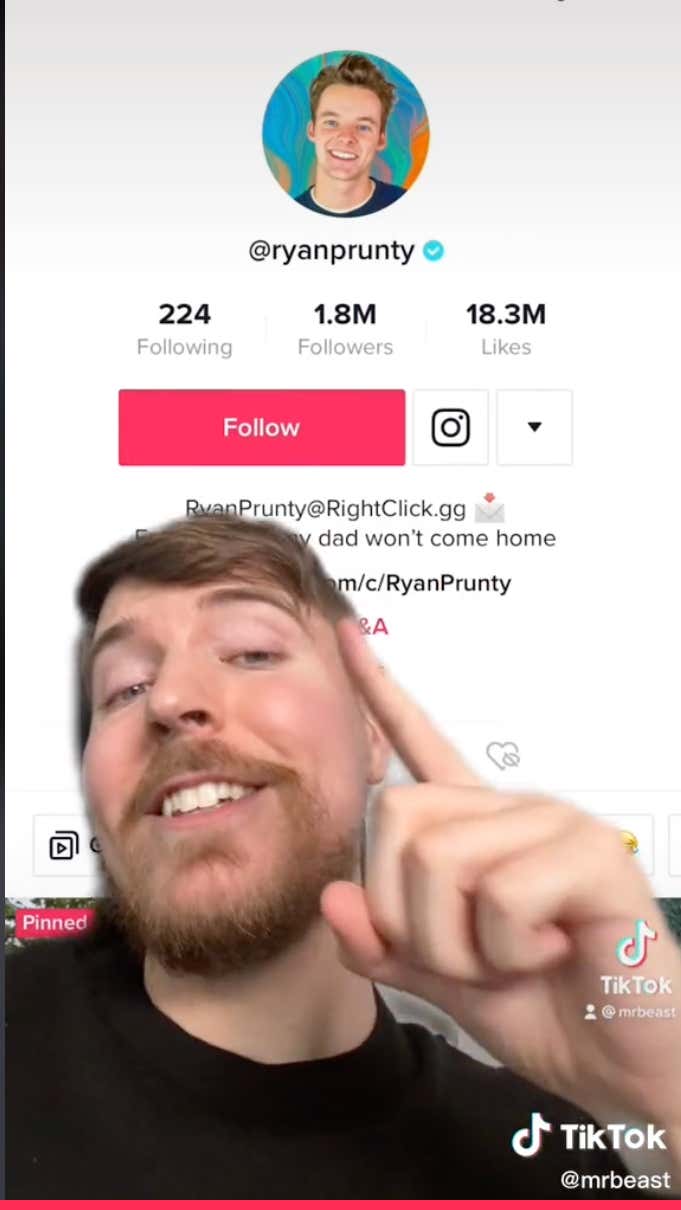 Objectively speaking, this is fucking hilarious. So Mr. Beast wasn't even checking to see if Ryan followed him, instead Mr. Beast wanted to message Ryan to feature him in one of his YouTube videos. Since Ryan doesn't follow Mr. Beast, he was never able to message Ryan.

Just no bueno - that plain and simple!

So what has Mr. Beast been up to these days? Well currently, he's recreating Willy Wonka's Chocolate Factory fora YouTube video…

Oh, but that's not all. He also bought an island and will be giving it away. However, because he wants to make the island look nice, he's terraforming the island as we speak (this is fancy for knocking down trees, adding sand and really making the island more appealing).

He also launched the Shrek Quesadilla as part of his Mr. Beast Burger business which….well I'll let you watch and see…