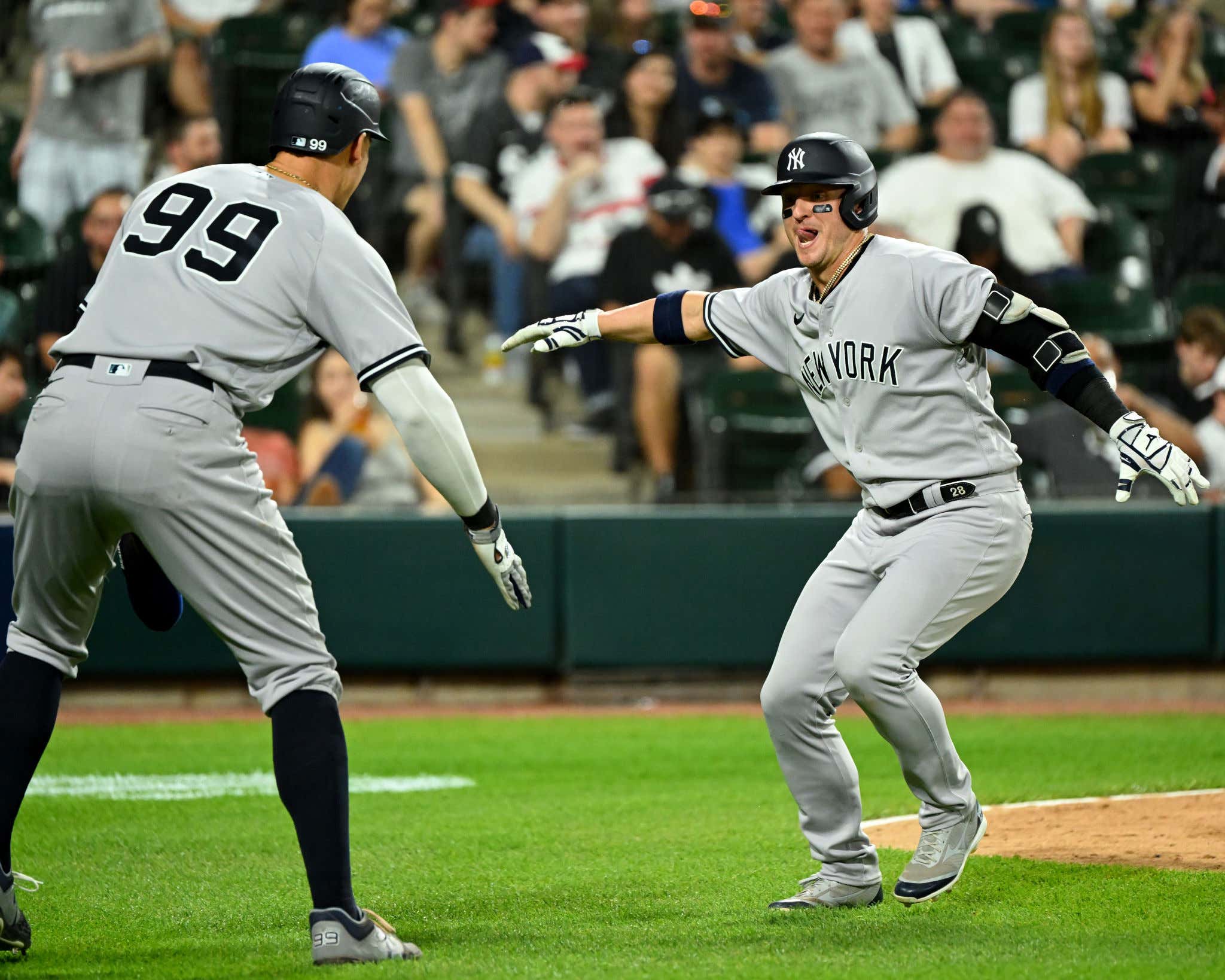 Little bit of a rainy, lazy Saturday here in New York City so I’m gonna take some time to tell you how good the New York Yankees are at baseball.

We're 32 games into the season and the New York Yankees stand atop everyone else at 24-8. They are the only AL East team currently with a positive run differential at +66.  They are 15-0 when scoring 5 runs or more in a game. They have the most come from behind wins in baseball. The team is excelling in every facet of the game right now with almost every player firing on all cylinders. They play exceptional defense, hit the absolute shit out of the ball, and pitch their asses off day in and day out.

I was more than skeptical heading into 2022 after the lackluster offseason. I was right to feel that way after the disaster of a Wild Card Game in Fenway to end 2021. They didn't go out and make the huge splash, but instead put their faith in the guys on the roster to turn it around while fine tuning a few things around them. They put an emphasis on defense by shipping Gary Sanchez out of town and getting a better fielding SS so that Gleyber can go back to 2nd and get back in a rhythm. Both of those moves have paid off in a big way. It's nice to not lose games in the field anymore. Having catchers behind the plate who can actually catch and steal a ton of strikes with great frames is really nice to have. I don't care for the offense from that position if you're going to manage a pitching staff the way Higgy and Trevino have to this point. The rest of the lineup is plenty good enough to sacrifice one spot.

The Yankees brought in a new hitting coach in Dillon Lawson whose mantra is "hit strikes hard" and my god do they do that. We're bringing up stats from 1884 to compare how hot this offense is. The radio wasn't even invented by that point.

What your seeing is this roster finally play to their potential with the result being there isn't a single team that can hang with them. Judge, Stanton, LeMahieu, Rizzo, Donaldson, Gleyber, hell even Gallo has had much better swings lately. It's so difficult to navigate this lineup right now.

Will they cool off? Who knows? No, obviously there has to be some regression here, but if Judge and Stanton want to keep this up for all 162 I'm not going to be the one to complain.

Judge bet on himself this year, not taking the extension the Yankees offered in the offseason, and setting out to prove he's worth more.

Obviously the bats are hot and there's going to be a dry spell at some point here, but what keeps me at ease is that this is not a one dimensional team. The pitching is flat out incredible and coach Matt Blake deserves a ton of credit for the job he's done. Cole, Nestor, Taillon, Montgomery, and Severino combine for one helluva starting rotation who give you quality starts almost every time they're out there. Gerrit Cole has found his stride over his last four starts.

The fastball has had much more vintage Gerrit Cole life lately and is generating more swings and misses. His changeup and new found cutter are becoming big pitches he can rely on. He's not going to be Astros Cole, but it's very clear he can still pitch at a very high level in the post sticky substance era.

The bullpen is armed with weapons like Michael King, Clay Holmes, Chapman, Loaisiga, Wandy, and even Miguel Castro. I said Michael King right?

Guy’s stuff is off the charts good.

Unlike last year where no lead was safe, this year those guys have combined their efforts to shut the door when they're needed most. I don't think my sanity could hold for another season of insane blown leads like in 2021 so this is a welcomed change.

It's still early of course, but the Yankees don't normally get out to starts like this. Usually it's a slow grind to get them going before a month long hot streak gets them in playoff position. This is different. Bringing in Rizzo and Donaldson has helped create a culture change in that clubhouse. The confidence and focus they show every day is fucking awesome. The emphasis they've put on these early games here in April and May is fantastic to watch. Boone has done a great job so far treating every game with importance which is something he didn't do in years past. After last year's nightmare season, I could not be having any more fun watching this team play every day.

Again it’s early and they still haven’t played Tampa yet for some reason, but this is really nice on the eyes all the way down to the bottom.

Come hang next Saturday with the White Sox in town, have some beers, eat some food, and watch the New York Yankees bludgeon the rest of baseball.