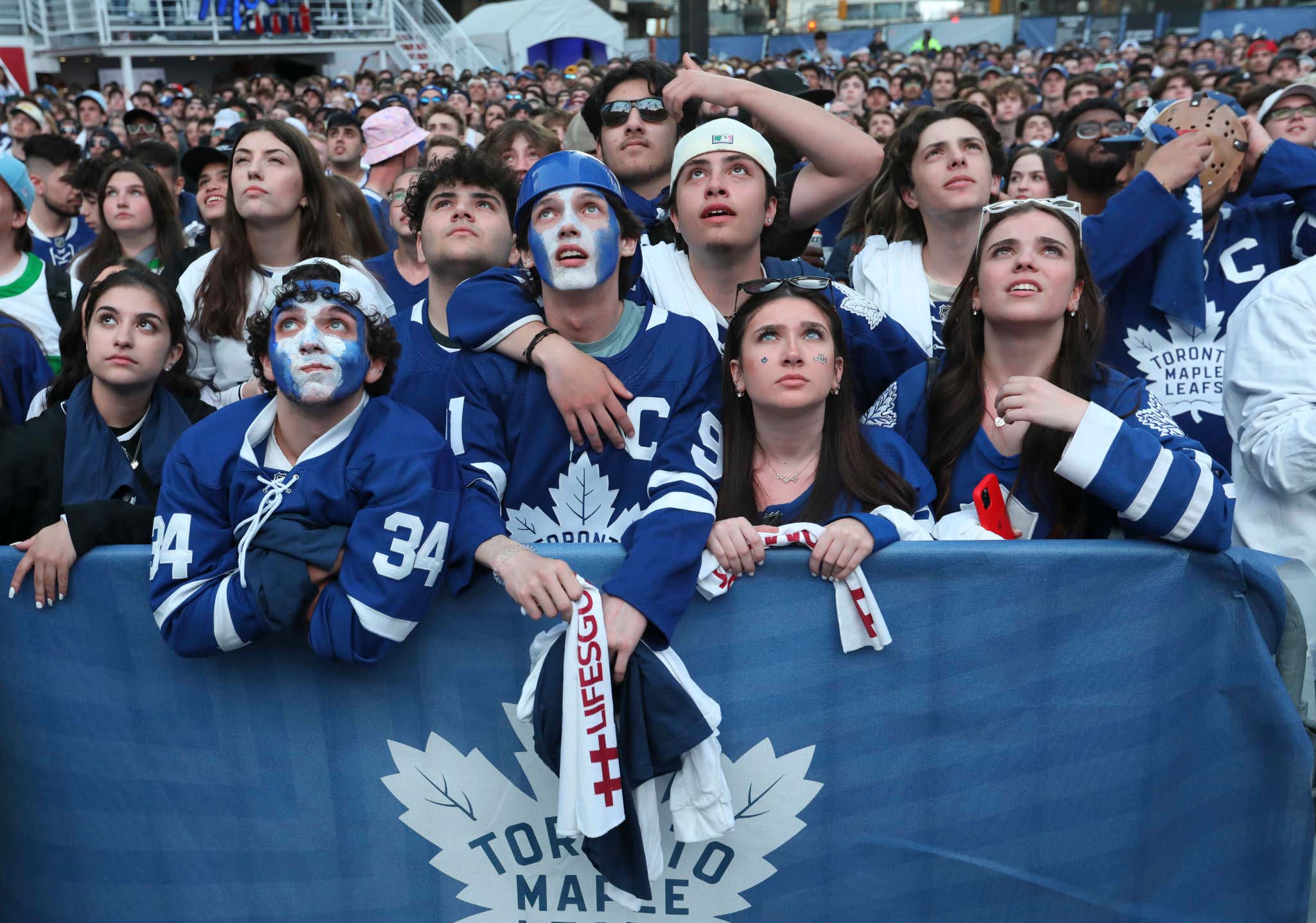 HEARTBREAKER. Absolute heartbreaker. No other way to say it.

Has this Toronto Maple Leafs fan base not been through enough? FIVE consecutive one-and-done playoff appearances seems like punishment enough. Not winning the Stanley Cup since 1967. Many strong regular seasons only to fall short again and again and again.

This Leafs team feels different. They could've caved and folded when they trailed 2-0 in Game 5. Instead, they scrapped their way back into that one and wound up winning 4-3. A similar scenario played out on Thursday night in Tampa. Facing the back-to-back defending Cup champs, Toronto dug itself a 2-0 hole once again after Anthony Cirelli's shorthanded goal about midway through the second period.

Auston Matthews responded less than a minute later with his fourth goal of the series. Then, John Tavares stepped up to light the lamp twice in the final minute before the period expired.

Suddenly, it was 3-2 Leafs. Their first playoff series win since 2004 seemed achievable. But then…history repeated itself. Another golden opportunity blown.

No matter how many times it happens to Toronto, it still doesn't cease to stun me. Even if you think Leafs fans suck, or you hate Canada for some vague xenophobic reason, you gotta feel for our neighbors North of the Border. Yeah, the Raptors got their 'chip with Kawhi Leonard's quick stop, but Toronto is a hockey town. It's ROUGH right now.

Although Game 7 will be in the friendly confines of Scotiabank Arena, it'll take an extraordinarily resilient effort by the Leafs to vanquish the Bolts in that rubber match.