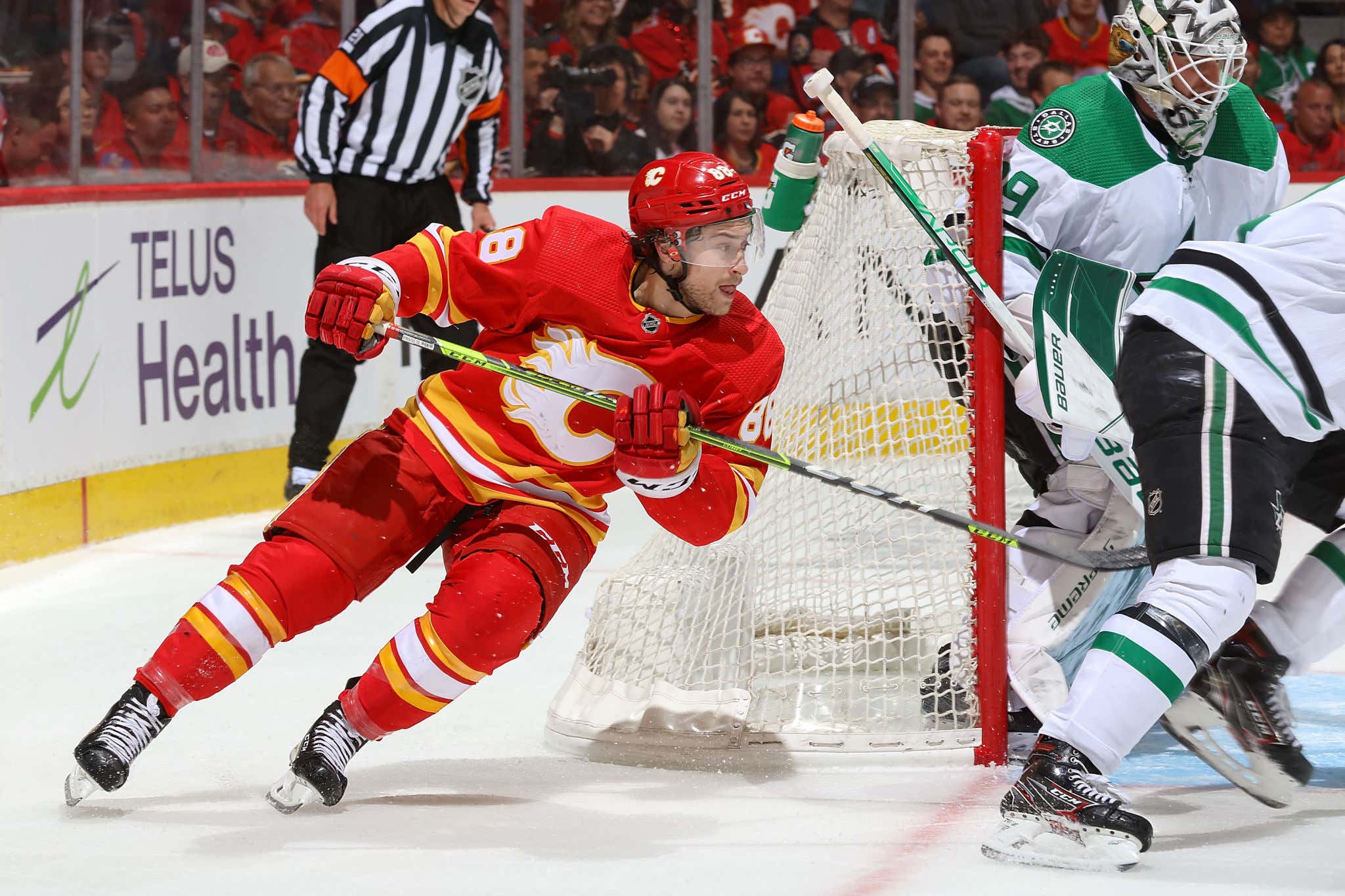 Goals have been scarce commodities during the Calgary Flames' series with the Dallas Stars, and in Wednesday's Game 5 at the Scotiabank Saddledome, Andrew Mangiapane finally got on the scoring sheet after failing to through the first four contests. In fact, he hadn't registered a point in his last eight games overall.

And damn, did the Bread Man get off the skids in style. He threaded the needle with a special-delivery pass to Mikael Backlund right on the doorstep, allowing Calgary to tie the score at one apiece:

Less than four minutes later, Mangiapane ROOFED the puck right over the extended glove of Stars goaltender Jake Oettinger for what wound up being the GWG in the Flames' 3-1 triumph:

Gotta love that ting off the iron for added dramatic effect. What a fucking SHOT.

The talented 26-year-old had 35 goals during the regular season, yet was struggling to find his stride in the Stanley Cup playoffs. Calgary was looking shaky to begin the series as a whole, falling behind 2-1 on the underdog Stars. Many discounted Dallas' status as a threat in the postseason, but after holding the Flames' high-octane attack to just three goals in as many games, that perception shifted.

Now that Calgary has seized the momentum again with a decisive 4-1 win at Dallas in Game 4 and protected home ice tonight, the Pacific Division champs can breathe a collective sigh of relief. it has to feel good for Mangiapane, too — and it isn't melodramatic to suggest he just saved the Flames' season as they struggled through yet another discouraging offensive lull.