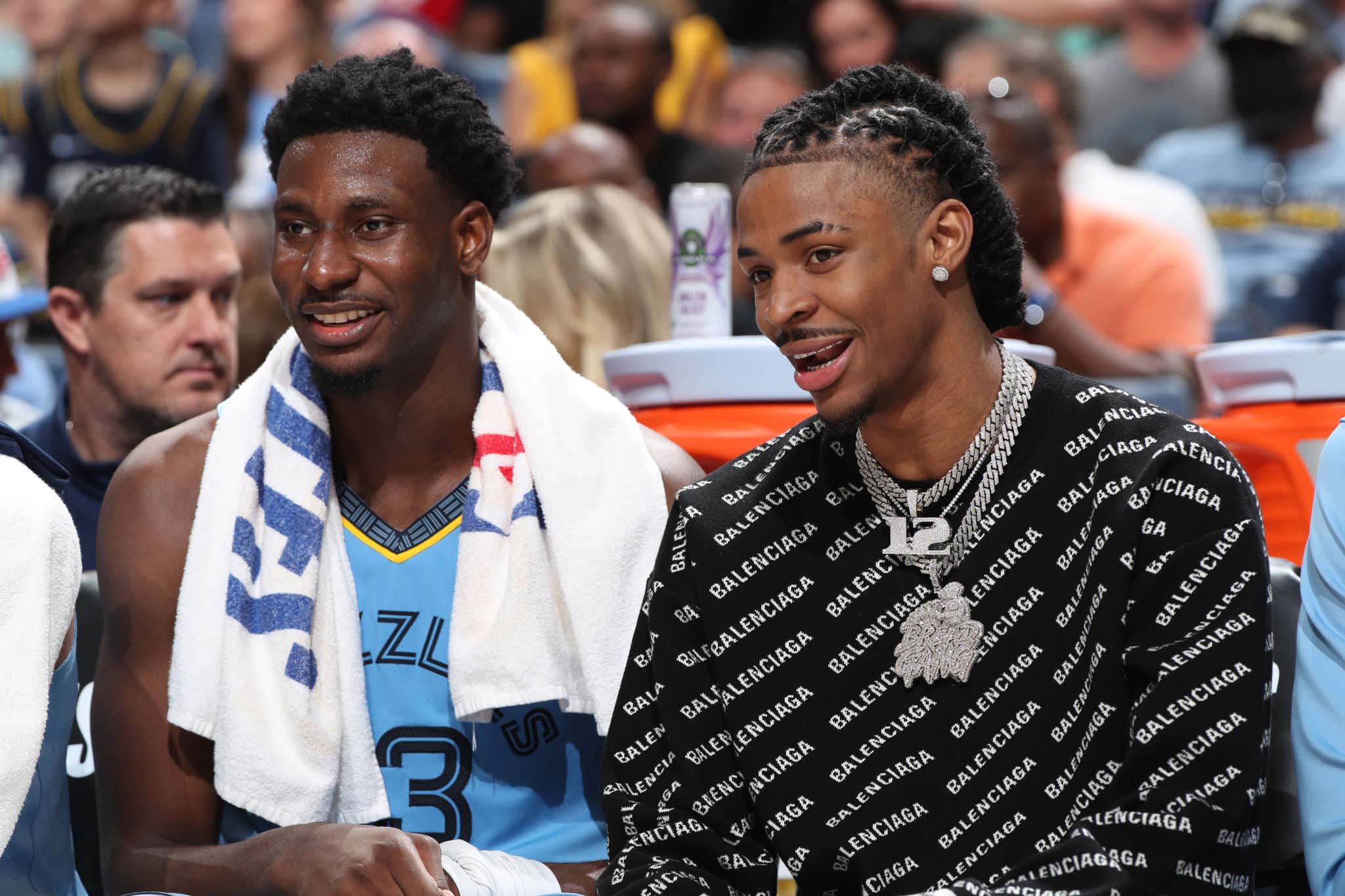 As if 77 first-half points without Ja Morant wasn't enough, the Memphis Grizzlies came out of the locker room and chose VIOLENCE when it came to further humiliating the Golden State Warriors in Wednesday's Game 5.

I thought I could skip along on my merry way for the rest of the evening, assuming Golden State would show a little fight in the second half and at least make the final score somewhat more respectable. Nope. It couldn't have gone more in the opposite direction. A 42-17 third-quarter romp en route to a 134-95 victory is worth yet another Memphis Grizzlies appreciation post.

NBA leading shot-blocker Jaren Jackson Jr. was swatting fools — and pulling up from Steph Curry range to can treys:

Desmond Bane was faking defenders out of their shoes and getting in on the scoring act in his own right:

Plenty of other Grizzlies were getting in on the act — and Morant was even seen hamming it up from the bench! Hell, why not?

Golden State waived the white flag early and pulled their starters to spare them some embarrassment, and also to rest up for Game 6 in San Francisco, where the Warriors hope to close this series out.

Considering the Dubs entered Memphis as four-point favorites, it seems the bookmakers, broader NBA public and just about everyone with half a brain regarding the history of how these contests play out doubted the Grizzlies. They're the younger, less-experienced squad and lack the championship DNA Golden State has built over the years. They also don't have their superstar in Morant on the floor. Doesn't seem to matter whatsoever.

And in case you're interested in those "NBA IS RIGGED" conspiracy theories, given how lopsided this one was, here's some fodder for ye…