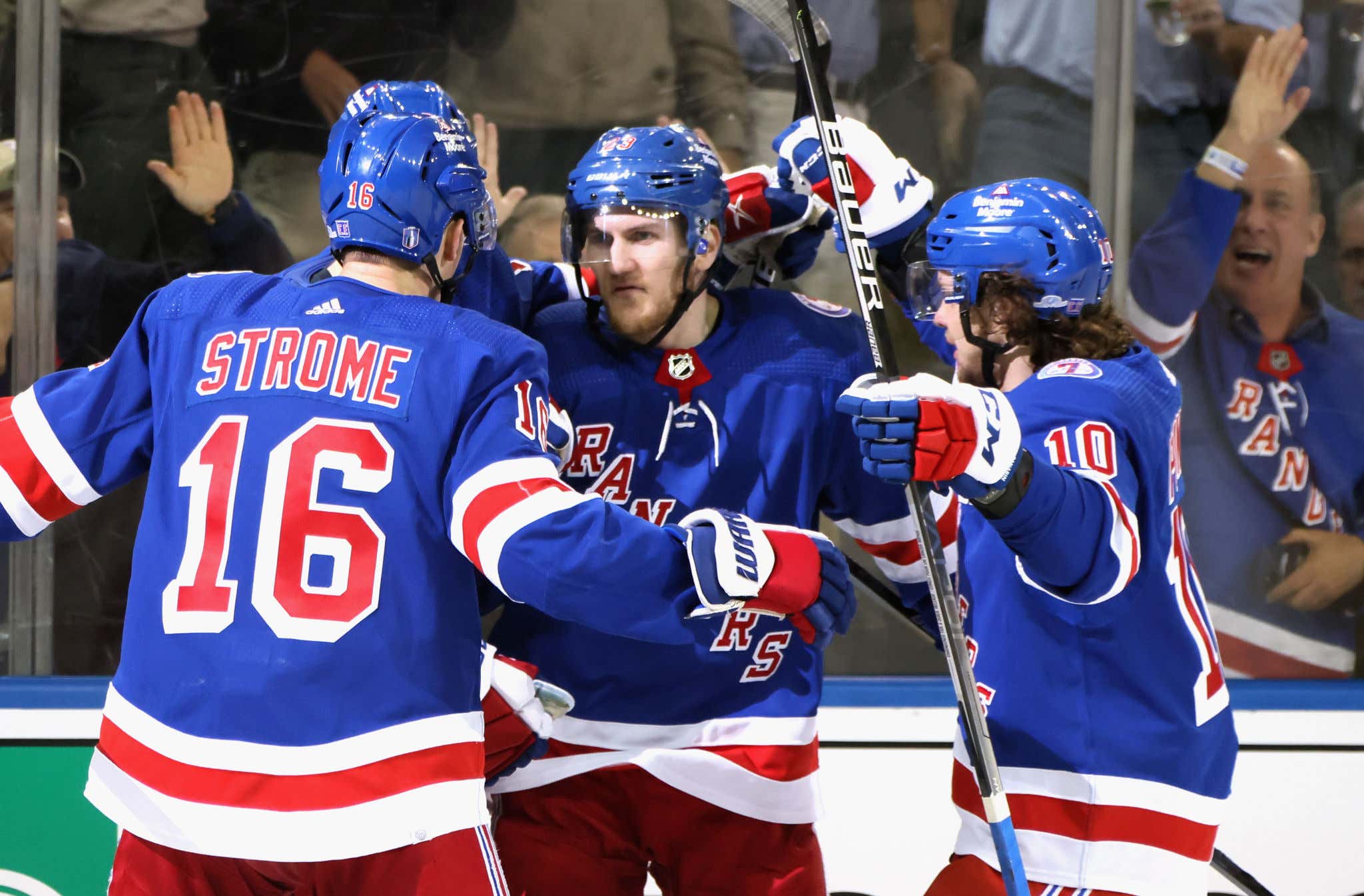 Damn was it looking BLEAK for the New York Rangers. Getting punked by the rival Penguins, (likely) eventual Vezina Trophy recipient Igor Shesterkin letting pucks bank off the back of his leg into the net and generally letting Pittsburgh walk all over them. Facing elimination in Game 5, it appeared the Blueshirts were going to roll over and resign themselves to defeat.

Then something crazy happened at Madison Square Garden: An absolute EXPLOSION of offense near the end of the second period. THIS is the team that pulled off a stunning turnaround in the regular season and finished with 110 points!

A seeing-eye wrist shot by New York defenseman Adam Fox began the lamp-lighting frenzy, and if not for Cale Makar, this guy would get a ton more gas. Then came a key contribution from 2020 No. 1 overall pick Alexi Lafreniere, who smashed in a one-timer from close range to tie the score at two. Finally, Jacob Trouba skated in from the blue line with a nifty move and sneaked a backhand past Pens netminder Louis Domingue.

The only downer for the hosts about this whole thing was Jake Guentzel's second goal of the night for Pittsburgh a mere 13 seconds after Trouba's tally, which made it 3-3.

After losing the previous two games 7-2 and 7-4, you'd be forgiven, even as a Blueshirts fan, if you'd given up. Shesterkin got chased twice in Pittsburgh. That's just about the biggest disaster scenario anyone could imagine. This dude has been standing on his head all year long. Pretty sure Shesty is still punch-drunk from facing 83 shots in that gutting triple-OT loss in New York's postseason opener.

No matter what happens from here, though, at least the Rangers mounted a decent effort for their fans at home instead of sleepwalking for 60 minutes of ice time.